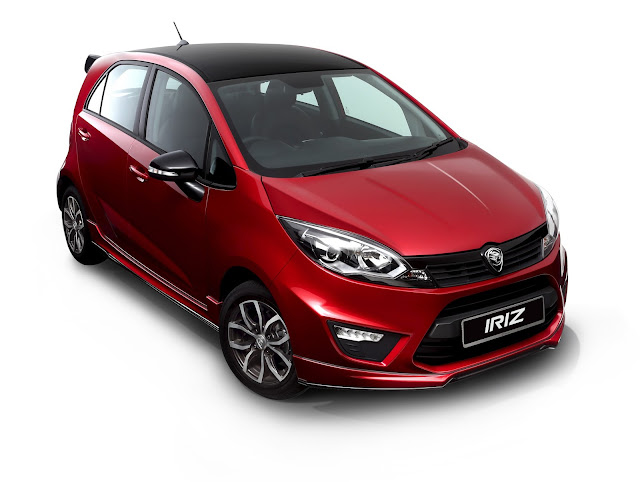 It looks like PROTON seems to be on an upward trajectory over the past few months. They have registered a total of 61,380 vehicles from January up to October 2017. During the same period last year, the Malaysian company managed 57,734 units making a slight improvement in sales for the brand.

In terms of sales figures, the Proton Saga and Proton Persona are the biggest sellers still with over 70% of the total combined sales. This continues the trend which seems to have started after last month's release of the 3rd quarter performance report for the company.

I must say that this is definitely a stronger showing by PROTON. A 6% increase year on year may be small to some but it is a step in the right direction. This is also quite an achievement where the current hire purchase approval stands at only 50% of the total loans applied. Actually it shows that somehow people are buying cars in this tough climate as the other Malaysian car company is also on track for their sales target this year. And we've also heard Honda and Toyota on the upswing too. Hmm, recession you say?

I also put this on the products that PROTON now have on sale. The new Saga and the new Persona, both launched last year are fantastic value for money. I have heard that the newly enhanced Iriz is also doing quite well too. The cars nowadays are one of the most refined you can buy for their categories and they also offer quite impressive warranties and service promotions these days.

However, I do note that the public has taken strongly to the two models mentioned above but not to the other models that were launched last year also. These are the Proton Perdana and the Proton Ertiga. Both also offer very good value for money in their respective segments and it is a shame that sales of these cars aren't setting any records. 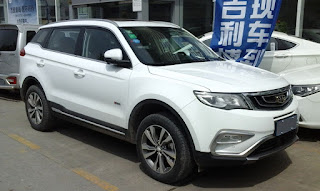 Anyway, I do hope that PROTON's resurgence continues. There is news that the new management of PROTON (with a lot of Geely management) are in the midst of finalising the new business plan. It should be mapped out soon aside from the big news of the Geely Boyue SUV being engineered to be sold in right hand drive form as a Proton. Let's just wait and see.

Saga and Persona, most popular choices

The Saga and Persona continue to dominate the trend, both contributing 70% to the overall Proton car sales, with 26,343 units of Saga and 16,833 units of Persona sold.

Known as the Value for Money Car*, the Saga continues to remain as PROTON’s most popular choice among Proton owners. From as low as RM35,590.29** for a 1.3L Standard to RM44,342.25** for a 1.3L Premium CVT, the new Saga offers great drivability, performs much more smoothly and has modern and practical convenient features like three USB ports for mobile charging and excellent audio play. In terms of safety, the Saga has also been upgraded to 4-Star ASEAN NCAP with the Premium variant having advanced features like the ESC, ABS, EBD, traction control, brake assist, hill hold assist, airbags, ISOFIX and top-tether, with all-round sensors.

The Persona, which received an award as Best Compact Car*** after it was launched, saw a 57.5% increase year-to-date with 16,833 units sold compared to 10,687 units in the same duration last year. The evolution of the new generation Persona caught the attention of Proton fans as the car not only received an entirely new look, but boasts a huge 510 litres of boot space, making the car a popular choice among wider range of customers. The Persona flashes different kinds of personalities, perfect for college students, soccer moms, young executives, small family or even active souls. With a starting price of RM44,831.09**, Persona owners get to enjoy a 5-Star ASEAN NCAP car, with all-round sensors, ESC, ABS with EBD, Brake Assist, Traction Control System and Hill-hold Assist as standard features across all variants.

Proton cars have also been a popular choice among serious motorsports drivers. Widely known for its excellent ride and handling, a Proton car can also be branded as durable and reliable as it can withstand torturous conditions of the acclaimed  9-hour endurance race.

“Our drivers cited that apart from driving skills, the characteristics of the Proton car itself provided an advantage to the team. They are the outstanding ride and handling capabilities and its consistent performance. Those are the basic characteristics of a Proton car which customers can expect to enjoy when they purchase our cars,” said Abdul Rashid Musa, Vice President of Sales & Marketing, PROTON.

“We encourage customers to take advantage of our Amazing 5 Value promotion that is currently running, with RM0 maintenance fee for up to 5 years**** and savings of up to RM8,000**** for a Proton car. The RM0 maintenance includes parts, engine oil and labour charges for a hassle-free maintenance and peace of mind to our customers. From just RM398**** a month, you can bring home a champion,” Rashid added.

For more information, customers can contact PROTON Customer Care at 1800 888 398 or email to us at customercare@proton.com. Customers can also visit www.proton.com or our official Facebook page at www.facebook.com/ProtonCarsOfficial. For added convenience, customers can download the official MyProton mobile app, available via Google Play and Apple App Store.