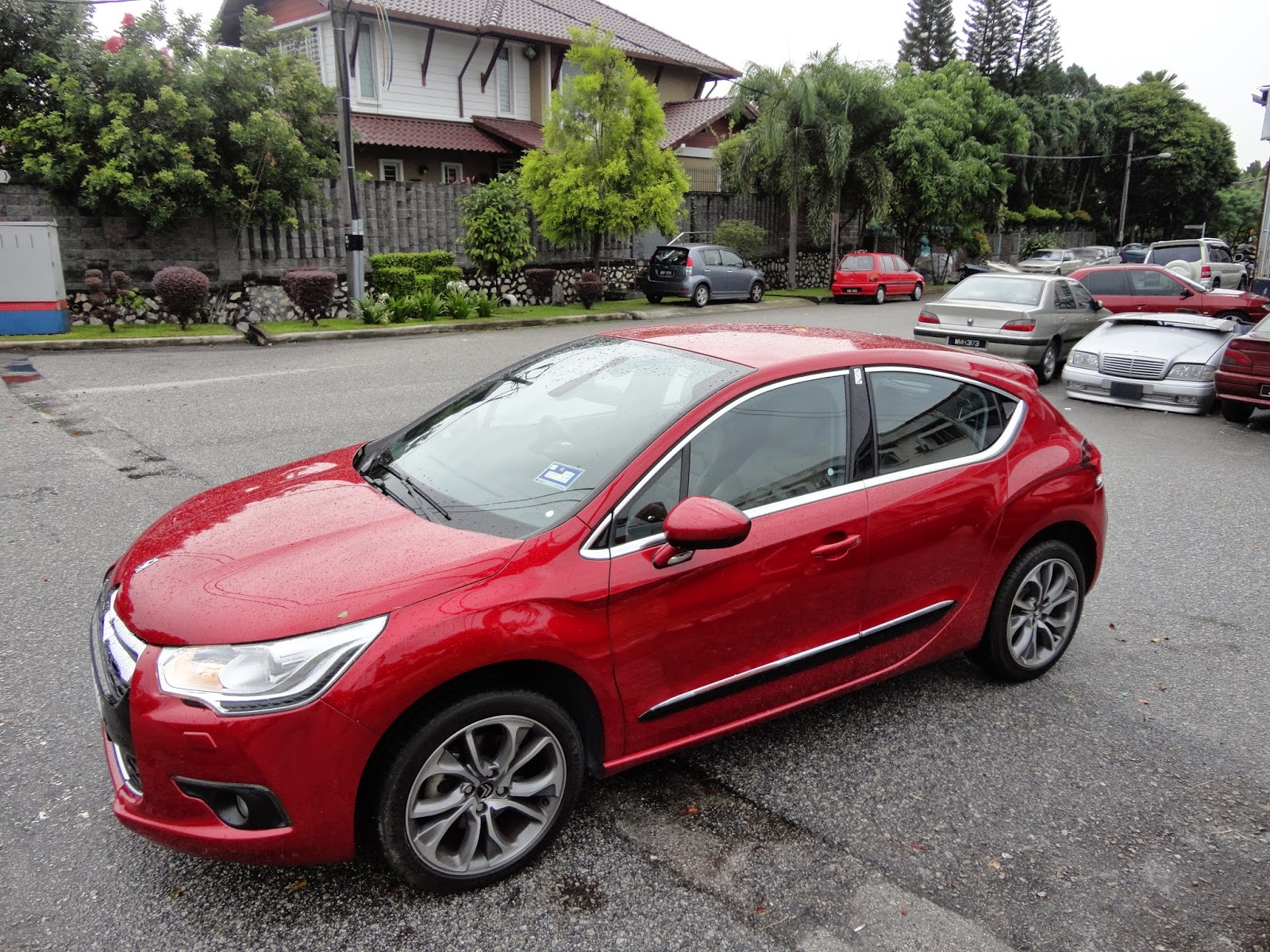 Hello folks, I am back after a few weeks of getting hit by a ridiculously bad case of flu. It was so bad that I had to stop writing for a while Anyway I am back and here's a review of the Citroen DS4 1.6 THP. I was allowed to play with it a little around the time I got sick. Fortunately I managed to drive around with it a fair bit. Unfortunately, I did not have enough energy to go shoot a short in-car vid about it. So here you go folks, a traditional, read only review on the DS4 Do enjoy it anyway.

The design, engine and drivetrain 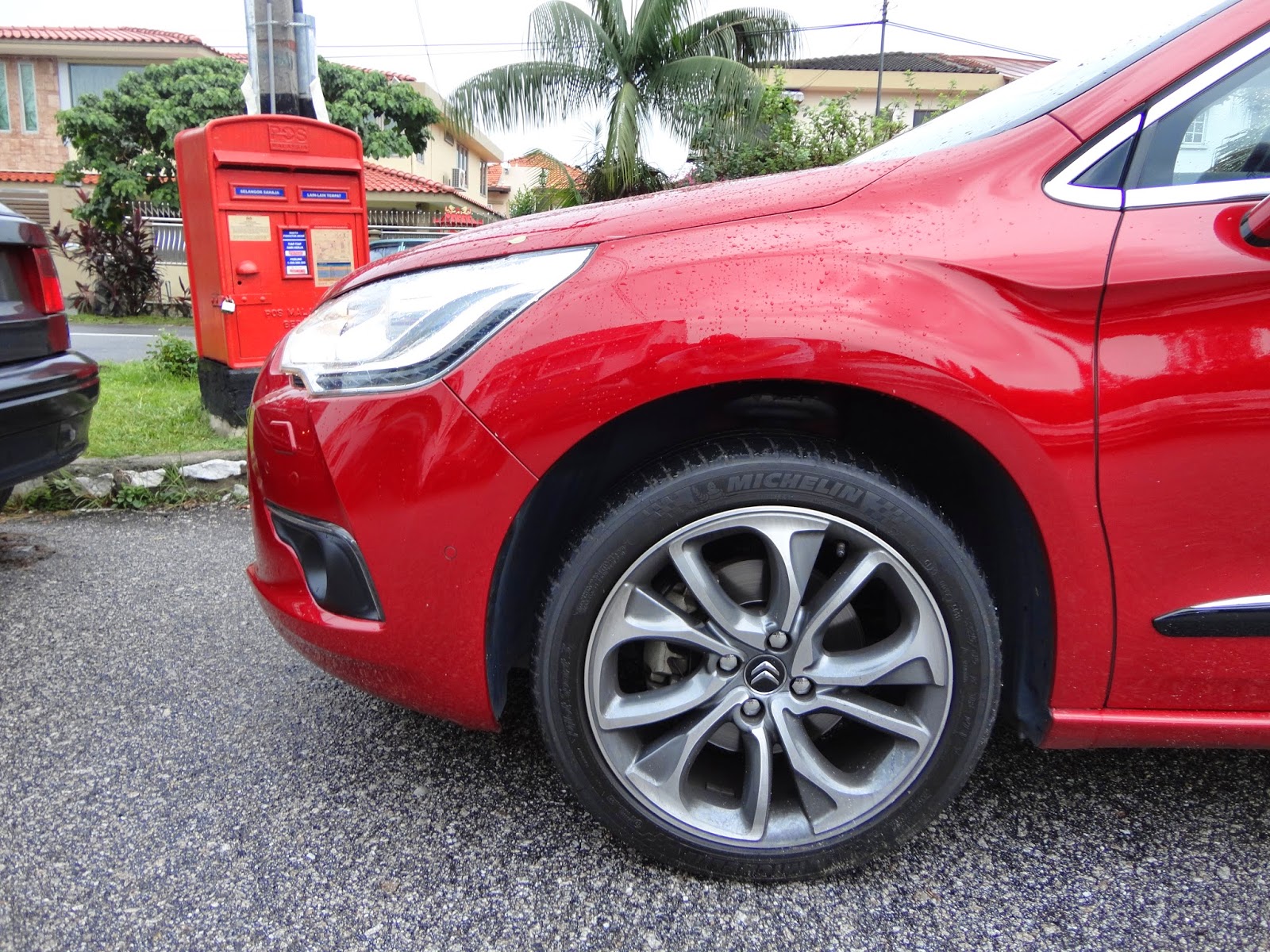 This is very interesting. And hilarious too. 2006 Mercedes Benz E55 AMG with a lawnmover on a trailier beats the shit out of a Nissan 350Z. And the 350Z driver seems to be slightly overconfident too. Watch this folks. 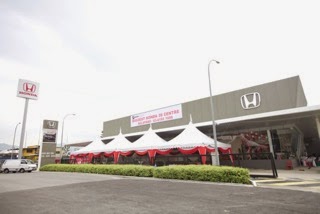 I attended the official opening of Kah Motor's Honda 3S centre in Selayang on Monday and it marked the start of Honda using its new (for Malaysia) Corporate Identity (CI). Those who follow the website on Facebook would be aware of this earlier. The centre boasts 28 repair bays and a state of the art workshop, sales and parts centre. Eco-friendly too with use of LED lighting here and there. 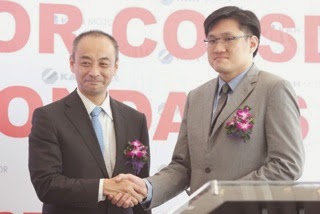 Honda seems to be on a roll with the new Accord and the recently launched Honda City. MD and CEO of Honda Malaysia, Mr. Yoichiro Ueno (pictured above (left) with Oriental Holdings Bhd Deputy Chairman, Dato' Loh Kian Chong (right) - representing Kah Motors) also states that Honda Malaysia plans to sell up to 75,000 units of passenger vehicles this year. This is due to the expansion of its manufacturing facility in Melaka, the improved CI and the new models launched.

Read more »
Posted by Rigval Reza at Tuesday, May 13, 2014 No comments: Links to this post

Public holiday post: My 'Mitsu' is as original as yours.

Honestly...why don't they just save their money and spare us the pain of looking at it. 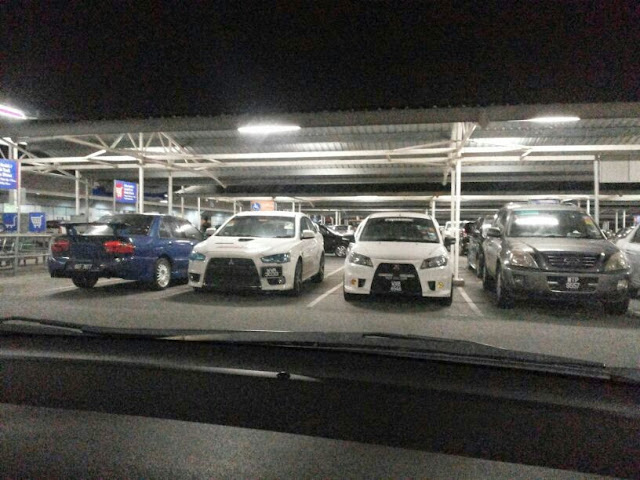 Posted by Rigval Reza at Tuesday, May 13, 2014 No comments: Links to this post 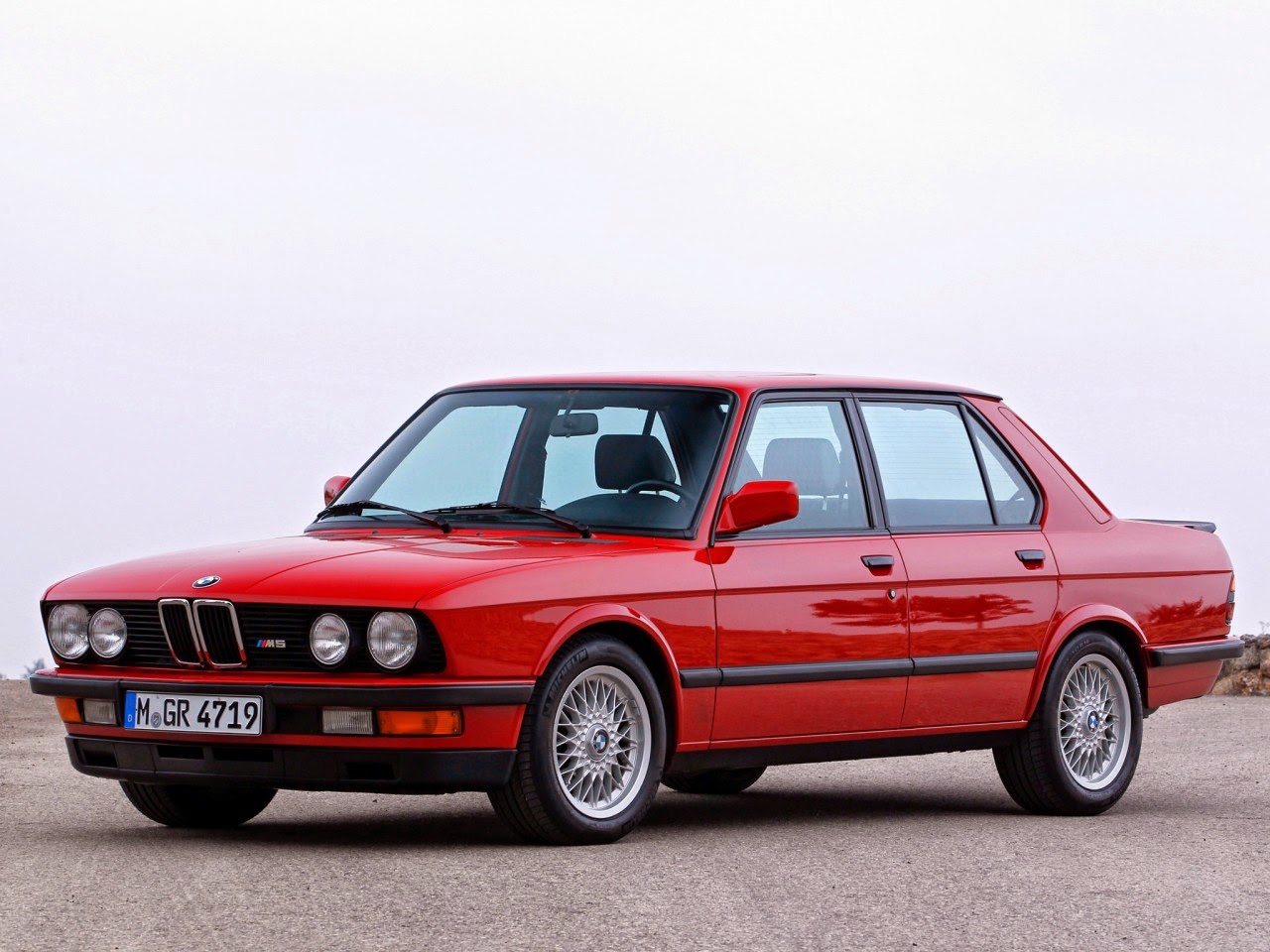 The ultimate BMW 5-series has been around for 30 years.

The first BMW M5, based on the E28 5 Series, made its debut in February of 1984. The original product placement for such a car was that it had the capacity of a sedan but the overall performance of a sports car. It utilized the top of the line 5 series, the BMW 535i chassis and an evolution of the engine from the BMW M1. At its launch, the E28 M5 was the fastest production sedan in the world. 282hp 3.5liter straight-6, 0-100kmh in 6.5seconds and a top speed of 246kmh. It was produced from 1985 to 1988. There was an earlier E12 M535i, but it wasn't officially badged as an M5, which is why it wasn't included here. 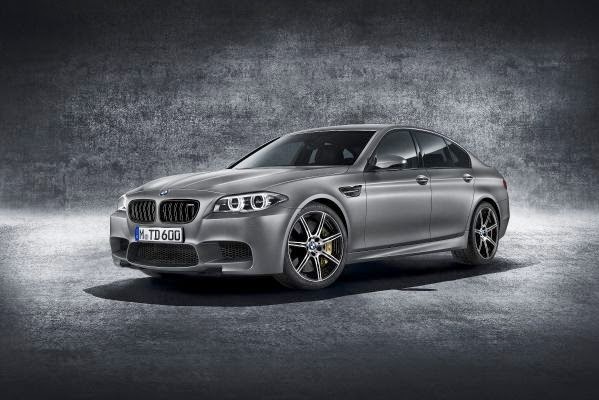 Has it been that long? I suppose it has. Starting from the E12 M535i, the E28 M5, E34, E39, E60 and currently, the F10. And so.......To mark the 30-year anniversary of the BMW M5 – the founder member of the high-performance business sedan segment – BMW has come up with an exclusive, special model version of the current, fifth-generation model boasting performance that sets it apart from its stablemates.

Hurrah! A group of talented Malaysian Futsal players will represent us at a global futsal tournament in Brazil!! Good luck and all the best to them! Make us proud.


HIGH POINT AT KIA’S CHAMPS TO RIO WITH WINNER ANNOUNCED
Winning team to represent Malaysia at global futsal tournament in Brazil
Kuala Lumpur - Champs to Rio, a futsal tournament by Naza Kia Malaysia ended at a highpoint today with the announcement of the winning team after two gruelling days of round-robin challenges amongst 40 teams. The champion team, KSL FC comprising six players will represent Malaysia at the Kia Champ Into The Arena tournament in Salvador, Brazil on 4-7 July. In addition to the all-expenses paid trip to Brazil, the whole team will get RM10,000 in cash, a champion cup, champion medals, exclusive jerseys and tickets to the Quarter Finals of World Cup 2014.

Read more »
Posted by Rigval Reza at Thursday, May 08, 2014 No comments: Links to this post 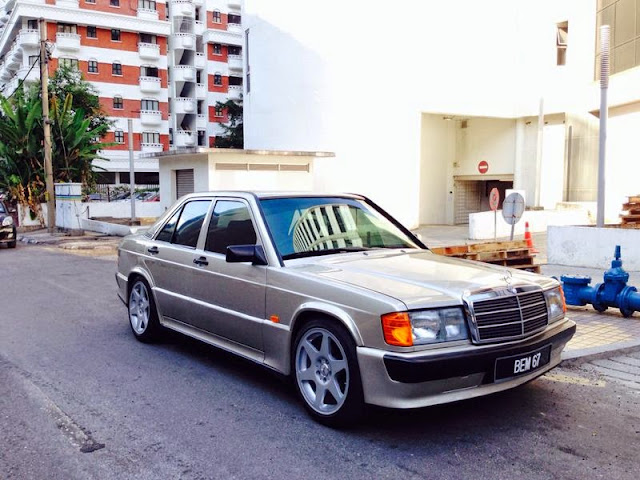 The Mercedes Benz 190e 2.3 featured in here has gone through quite a bit of work. Mechanically its pretty sound with owner Adlis K only changing whats necessary (oil, fluids, belts as well as some screws here and there). These old Mercs are quite bomb proof you know.

The Mercedes evo 2 wheels have been refurbished and in line with keeping things very '2.3-16' the front AMG look bumper gets replaced with a fiberglass copy of the 2.3-16 bumper. And then the paintjob - Mercedes smoke silver, which looks like gold, one of two original colours for the 2.3-16. Yes, the car looks gorgeous, and drives well too.

Read more »
Posted by Rigval Reza at Tuesday, May 06, 2014 No comments: Links to this post 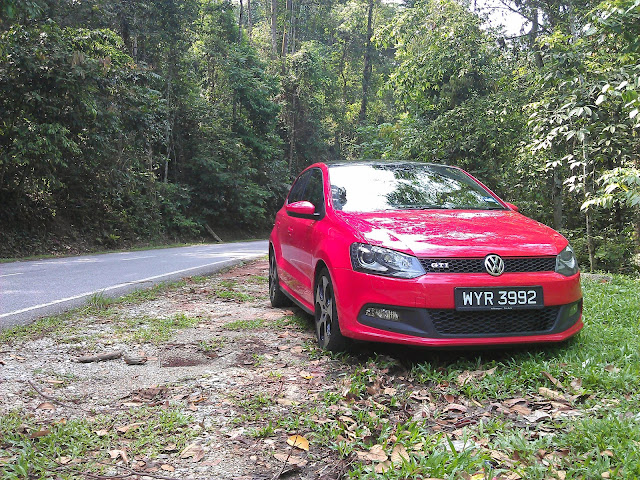 Hello folks, this review should have been out last Sunday but due to certain events I've only managed to complete it today. The 2013/14 Malaysian spec Volkswagen Polo GTI is in many ways like its more basic Polo 1.6 Hatchback that I tested earlier. Whatever that is not covered in here like its practicality could have been explained over there. This is the rest of it and do note that this is a review on how it drives. If you wanna know on whether it will break or not you may have to search elsewhere. But if you must know, nothing broke during the time I had the car. So on with the review then....... 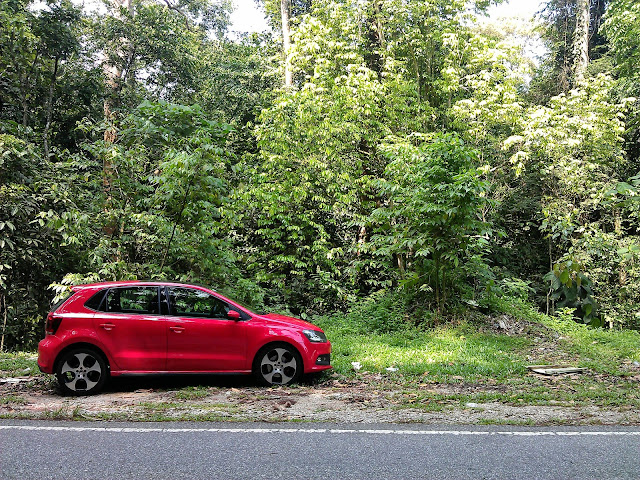 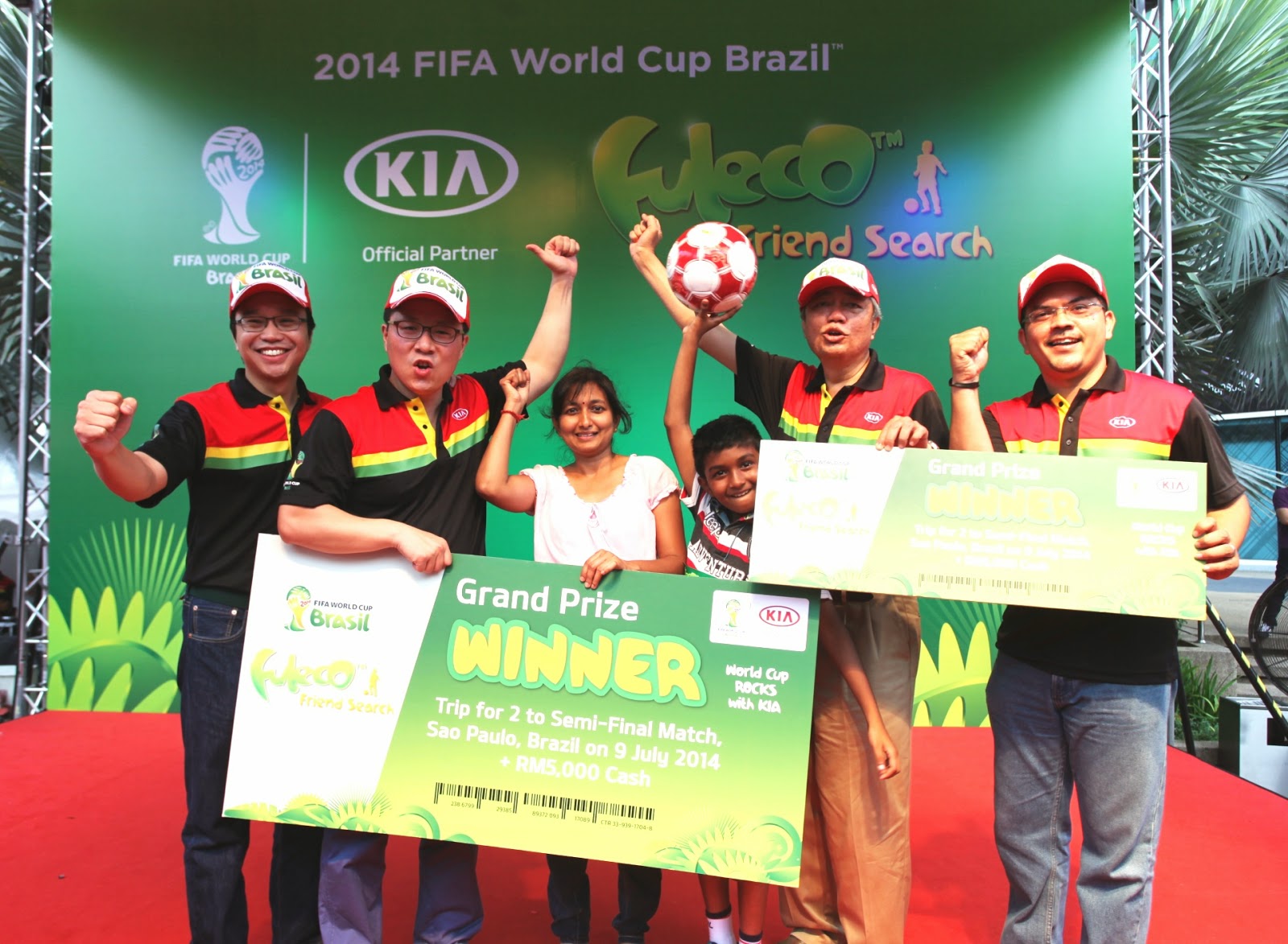 Press Release
“Fuleco Friend Search’ culminates in a battle among parents at Mutiara Damansara
Naza Kia Malaysia’s talk-of-the-town “Fuleco Friend Search” climaxed in a battle among parents at e-Curve today as hundreds of parents sweated it out to hold the “Fuleco” pose the longest. The heated competition was held as the last leg of the “Fuleco Friend Search” campaign for a parent to win an experience of a lifetime for their child. Usha Rani (mother) won her child, Deshshiv Darshaan (10 years old - pictured below) the priceless opportunity to walk hand-in-hand with Fuleco, the FIFA World Cup Mascot onto the pitch during the Semi Final game in Brazil.
Datuk Hafiz Syed Abu Bakar, Chief Operating Officer of Naza Kia Malaysia who officiated the competition said the company sees the global partnership with FIFA World Cup as a great opportunity to deliver the excitement of the brand to football-mad fellow Malaysians.

Read more »
Posted by Rigval Reza at Thursday, May 01, 2014 No comments: Links to this post