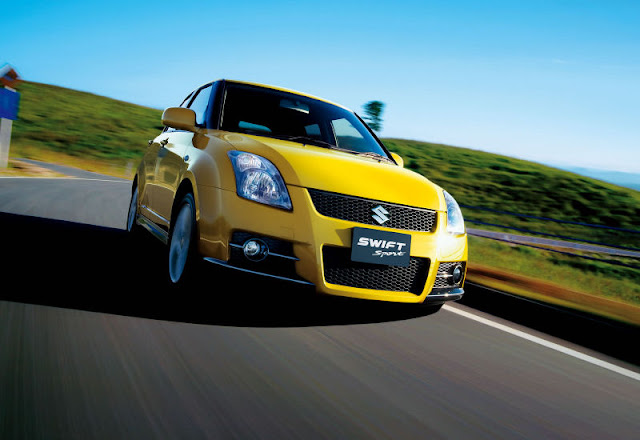 Automotive bliss can mean a lot of things. One of it could be waking up early on a Sunday morning, taking that sports car of yours for a drive to nowhere and feeling great about yourself. It can also mean the satisfaction of fixing something small yet the pleasure, or pain, derived from it is immense. Bliss is a nice word to describe a feeling that someone who feels naively feels satisfied or truly happy when the actual situation isn’t so impressive.

Imagine this, your sister in law’s Proton Wira decides to not start when your wife, kid and sister in law decide to go shopping on a Saturday afternoon. You being all dressed up in your sports Rolex, Italian loafers, nice Audi T shirt and blue jeans ready to hop into your Subaru Impreza decide to help change the battery under the sweltering sun. It’s an automotive moment there folks, getting his hands dirty fixing a run of the mill Proton and enjoying that moment of pain and suffering yet accomplishing something. The car started, everyone was happy and could go wherever they wanted to.

Read more »
Posted by Rigval Reza at Friday, November 23, 2007 No comments: Links to this post

The latest and greatest news around the local automotive industry is that Proton has decided to not enter into any joint venture arrangement with any larger automobile manufacturer. The rationale given by its main shareholders, mainly the Government of Malaysia, stated that since Proton performing well due to increased sales the need for a collaboration isn’t necessary at this point of time. Analysts were shocked, the stock market was surprised and Proton shares lost a Ringgit in record time. Most analysts still rated Proton shares as underperforming and were dismayed at such an outcome. They were concerned with the fact that although sales and exports were up, long term prospects for Proton did not seem to be strong. I totally agree to this statement as where is Proton going to find more money to develop new vehicles? Do they have the financial strength to spend on R&D for new vehicles?

If it takes them eons to come up with a Wira replacement and also a Saga replacement, what’s going to happen? By the time they finish the development on a Perdana replacement model I could be as old as Yoda at the rate things are going. I think Proton needs to keep abreast with other manufacturers or as close as possible to them. They should ensure that a new replacement model is launched at least every 6 to 7 years if they can’t do a 5 year cycle like Honda or . 7 years is quite similar to Mitsubishi and Subaru so it isn’t that bad.

I somehow wonder how the people in power think. Do they take into account economics of scale when making such a decision? Do they take a holistic view about the automotive industry? Do they just look at national pride? If it is just pride taken into account, it isn’t enough. Many of us have read articles stating that Proton should be left to market forces and also to be let run by people in the industry instead of politicians asking for favours and so forth. Do the people in power listen? Honestly, 30,000 bookings of Gen2s to China (to be rebadged as some other brand), a few thousand cars to an Arab country that may or may not be invaded by America in their war against terror, 5-6000 units to Indonesia (mostly as taxis), a few thousand to the UK (for pensioners), a few thousand shared between Australia (to some sheep and cattle farmers) and Singapore (people somehow deciding to buy Proton over cheap Japanese cars sold there) and 22,000 Personas that have bookings in Malaysia do not actually show the economics of scale needed to make Proton profitable in the long run.

While the above figures may sound productive, you have to ask whether such a turnaround is sustainable. In theory, a manufacturer will have to manufacture at least 80,000-100,000 units of something in order to become economically feasible. Will there be a production of 80,000 personas yearly? Will the demand for the Persona peak then fall? Will readily accept the Gen2 and purchase another 30,000 units? Will there be people within Proton that will ensure that quality of the cars is maintained like it has been over the last 1 year or so? Does the popularity of the Persona affect the sales of other Proton cars? Are they now selling 5 Wajas, 10 Savvys, ½ a Perdana every month instead of 50 units of each? Too many questions are left unanswered and too many variables.

Another point is that I do not think VW is going to get burnt or snubbed again. Having been snubbed right after Tengku Mahaleel’s time, then a blooper statement by the PM of saying that VW isn’t interested, then interested again, and then, now turned down again; there won’t be a white knight in the form of VW ever again if you ask me. Getting spat in the face isn’t the result they were looking for.

I love the Persona for what it is; it corrected the silly mistakes that the Gen2 and Neo had. But is it enough to turn a muddy slide into a beautifully terraced hillslope with roses and trees? The saga continues…..

Posted by Rigval Reza at Friday, November 23, 2007 No comments: Links to this post