New Mitsubishi Evolution To Be A Diesel Hybrid 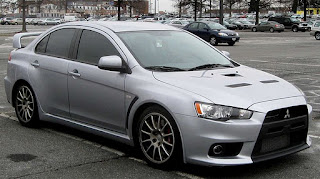 " Imagine that, a Mitsubishi Evolution like the Evolution X pictured above may not emit a single exhaust drone at the traffic lights as the stop-start function has kicked in and when it accelerates, would sound like a Toyota Prius, i.e no sound at all, or like a Volkswagen TDI diesel accelerating or worse still, like a old Mercedes 240d taxi that is still in use somewhere in Africa."

Sigh, another petrol icon may bite the dust.

Read HERE to read what my opinion is on the matter over at CarThrottle.com.
Posted by Rigval Reza at Monday, October 24, 2011 No comments: Links to this post

New F30 BMW 3-Series - Evolution, not a Revolution and a bit on the earlier E90 3-series 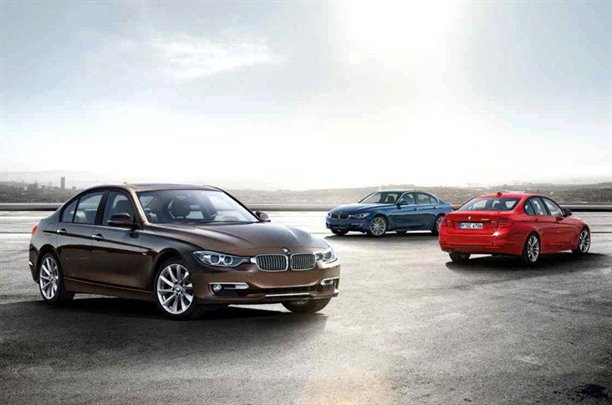 It's a Monday morning over here and I've decided to tell you readers what I think of the new BMW 3-Series. I suppose staying home and waiting for an electrical appliance to arrive allows more time for thoughts to come spilling out of me. In a nutshell, the new BMW 3-Series, codenamed F30 is pretty much like the outgoing E90 3-Series. It looks pretty much the same with the exception of the front. Much like the fridge my wife recently purchased. It basically looks the same as the outgoing one - square with doors on it. Okay, not exactly a fridge but you do get what I mean.

The front seems longer and more pronounced than before accentuating the rear wheel drive nature of the car (but I think the current Mercedes C-class does this better - it looks more rear-wheel accentuated with its fat rear arches). It still is a 'traditional' BMW 3-series in that the styling still looks evolutionary instead of a totally radical revamp. Current E90 and E46 owners may feel totally relieved as the new car does not make their model look like something totally out of date and irrelevant. That being said, the styling is summed up like this - new front end, but from the A-pillar backwards, everything is the same. Yawn. Yes, I feel it is slightly boring. More F01 7-Series long bonnet styling please.

The Little Extras You Get For Writing, the Perodua Myvi Extreme should have another name and the Project Kahn Range Rover Vogue 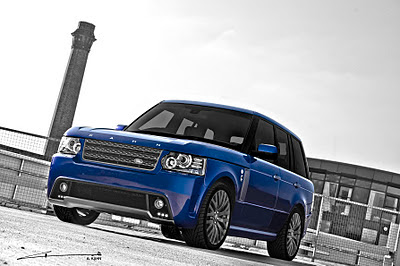 By now most of you would notice that I have actually come a fair bit from when I first started way back in 2006. Back then I basically wrote because of the very simple yet famous TopGear motto of "How Hard Can It Be?"


And so because of this simple thought of how hard can writing automotive related stuff can be I blogged, and blogged and blogged my heart out. Some felt that my thoughts about certain cars were true, some  hated them, some didn't know what to think about what I said but in life you shouldn't try to please everyone. In fact the person that you should firstly please is yourself.

Read more »
Posted by Rigval Reza at Thursday, October 13, 2011 No comments: Links to this post 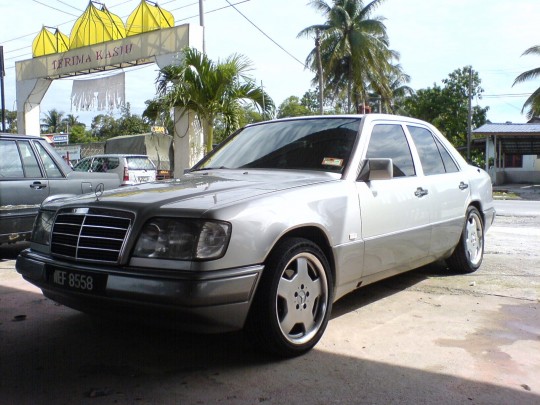 The 1990 W124 Mercedes Benz 200e featured in here as well in CarThrottle previously is alive and well. It dutifully serves his master well in his daily commute to and from the center of Kuala Lumpur to his place of residence somewhere on the hillslopes of Ulu Klang. This car shares this duty with a Mazda Roadster, so it gets to rest its old legs for a few days at a time.

The car has evolved again actually. From the upgraded AMG alloy wheels in the first feature (above) in here to the WALD bodykitted feature over at CarThrottle (below), it now has a new leather interior in grey in place of the fabric trim and a new body kit. 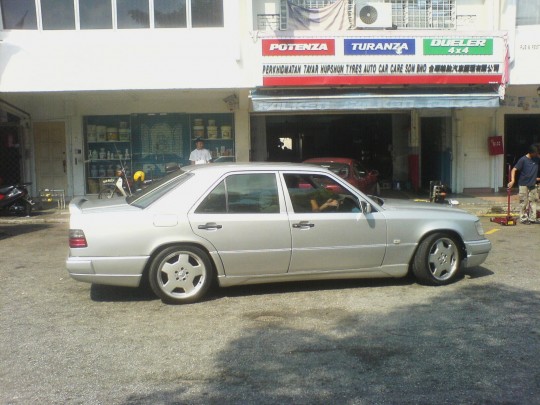 It sports an AMG bodykit these days.

Read more »
Posted by Rigval Reza at Tuesday, October 11, 2011 No comments: Links to this post 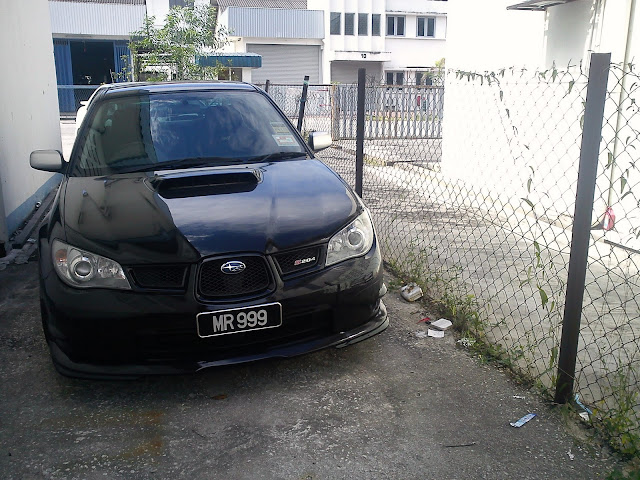 Some of you regulars and those who know me personally are aware that I happen to drive a global specced (one that the official Subaru dealer brings in instead of those grey market imports) Subaru Impreza 1.6ts and the good thing about this car is that it has 80% of the performance of the Impreza WRX and the fuel consumption of a regular 1.6liter car (mine anyway).
Now the other fun thing about running a global spec Subaru is that it runs happily on RON92, 95, 97, 98 or even 100. This is unlike the JDM (Japanese Domestic Market) cars that are actually very very happy with 100RON. You put our 97 and it basically runs happy albeit with slightly less power due to the ECU retarding ignition timing a fair bit. Then you try RON95 because RON97 costs a whole lot more these days. Now non-turbo cars wouldn't have much problems as things aren't tuned so aggressively but when you have a turboed Impreza or even a Lancer Evolution, the car's ECU would already be working overtime trying to keep the engine from running lean and then prematurely detonating thereby requiring an expensive overhaul.
And when you start modding the darn thing it gets trickier. Add an exhaust system, intake and up the boost things go wonky and the stock ECU that is already compensating for lower octane will give up and head for home if you try running RON95. If you still cannot get it, it basically means that the engine bites the dust, kicks the bucket, heads for the happy hunting grounds, swims with the fishes or gets killed to death if there ever was such a term. So how do you go about doing up a Subaru Impreza WRX or a Mitsubishi Evolution properly? You go for a proper tune-up job. 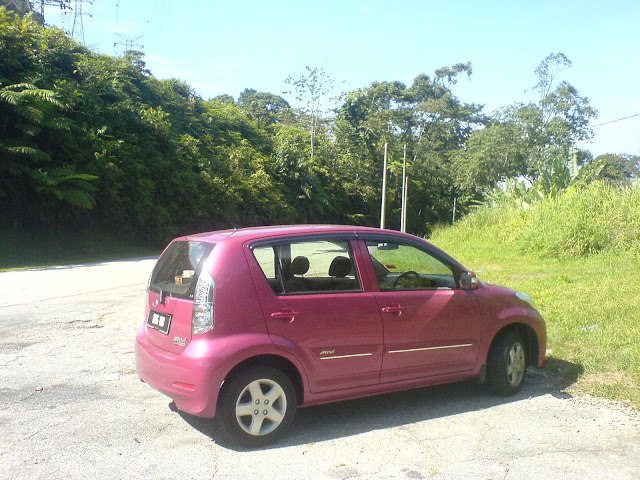 I suppose this article is a tad bit late as Perodua has already launched the second generation Myvi. But then again, I have news for you. There is actually no difference betweeen the old 1st generation Myvi 1.3 and the new Myvi 1.3 beneath the new bodyshell, new floating type dashboard and the electrically assisted power steering that supposedly helps the engine make 4 more horses (quite true, but slightly off as the Myvi actually came with an improved cylinder head when it was facelifted – giving more torque lower down and one or two horses but this was not mentioned at all. Why? Who knows.) I should know as my mother in law just bought one and I don't seem to think that there is a big difference compared to the pink one pictured herein after a hard drive up to Genting Sempah using the old Bentong Road (lots of body roll, lots of holding on to the steering wheel for support).

Anyway, you now have a 1st generation 1.3 Myvi from 2005- mid2011. How do you improve the performance of a Myvi? You sell it and buy yourself a Proton Inspira 2.0. No? You're stuck with it for the next five years at the very least because you took a nine year loan that only breaks even in four and a half years? Okay. Aside from being suicidal as you're stuck with a tall, skinny tyred town car for the next five or so years your options are limitless. Remember, this is Malaysia. Everything that you want to do to it can be done. The only thing that would limit you is money. The lack of it.
Read more »
Posted by Rigval Reza at Saturday, October 01, 2011 14 comments: Links to this post