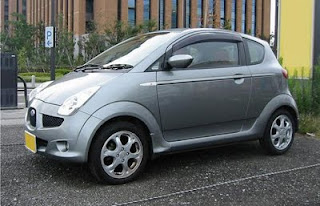 "Of course it does. But they're so utterly predictable and dull vehicles. Take the Toyota Passo a.k.a Daihatsu Sirion/Boon a.k.a Perodua Myvi a.k.a Subaru Justy. They may look slightly different with different eylashes, skirts or jewellery, but they are basically the same shape."


So economic pressures have led Subaru to stop making their own small cars. Sad news. And why does the new Impreza look a little dull? 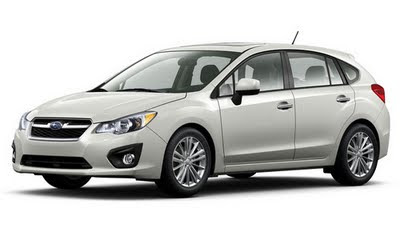 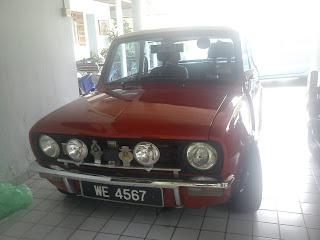 I wrote a piece for Carthrottle.com on the Mini 1275GT recently. Imagine that, driving a tiny little car all the way from Ipoh to Kuala Lumpur. I left at night from Simpang Pulai near Ipoh and it was raining. The wipers were intermittent in that the wiper motor did not have enough juice to move them all the time (due to faulty grounding) and I was basically driving a dark B-road in the rain. Quite a scare but at least the very old car had good lights to balance things off slightly.

On those B-roads I felt like Paddy Hopkirk driving in a rally. Of course this wasn't a snowy Monte Carlo but it was pretty wet nonetheless. Driving a Mini on a B-road is certainly one of motoring's greatest pleasures.

Driving on the highway was slightly unnerving at the start. You feel slightly small until you get used to those lorries and busses passing by or when you're passing them instead. At least you can maintain a steady cruise of about 100km/h so that progress isn't that slow. It was a nice slow drive basically, one that I could actually enjoy listening to that 1,275cc engine and transmission do its Mini-like thrum. No other car has a noise combo like it so much so that when BMW made the new Cooper S, that supercharger actually mimicked that original gearbox whine.

"On the B-roads it was a little bouncy but on the 12 inch Minilite wheels and tire combo the ride felt waaayyy better than the original 10inch rims and tires. I suppose this is due to the improvement in modern rubber. The Mini actually cornered better and rode more comfortably than when it first left the factory nearly 35 years ago. " 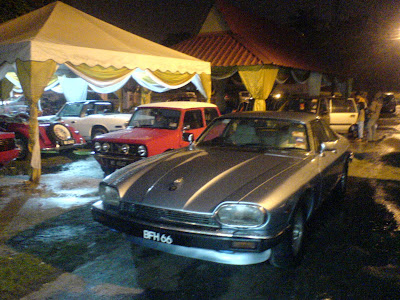 p/s. I did not drive back to KL without some semblance of back-up. Two cars left for KL that night, the other was this car from the cat family. A real mis-match.
Posted by Rigval Reza at Tuesday, May 24, 2011 No comments: Links to this post 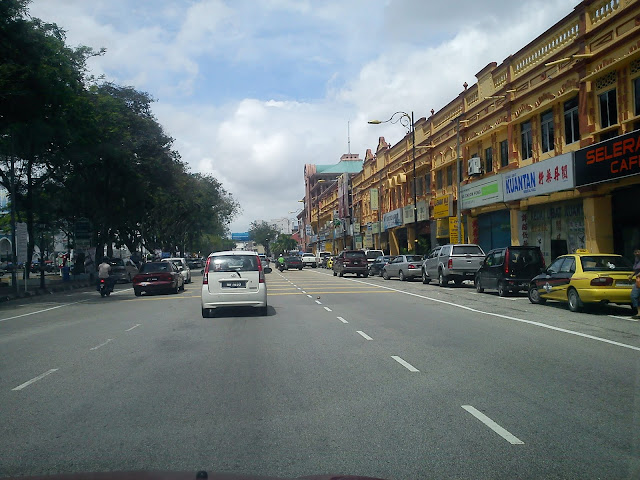 As some of you readers may have read I was in Kuantan recently and this is a slightly more detailed write-up about it. Of course, I still left some bits out, mostly non-motoring. I took hundreds of shots, from a 16mp camera down to a 2mp camera phone. This mostly came from a 5mp camera phone as downloading a lot of 16mp photos takes up bandwidth and a chunk of my data plan. But what these photographs do is tell the story. 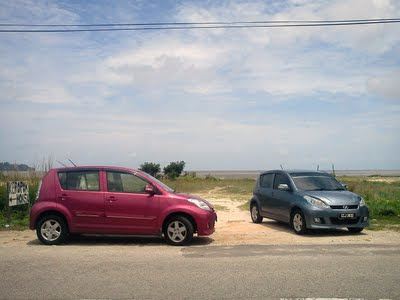 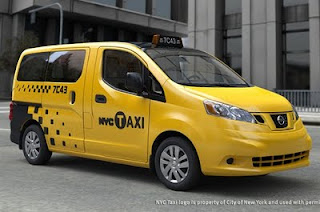 And now, on something iconic. The yellow cabs in New York will be replaced in 2013 by Nissan Minivans. Sigh.

Click here to read more about it. Posted on MyAutoblog.org.
Posted by Rigval Reza at Sunday, May 22, 2011 No comments: Links to this post

A-pillars in Cars These Days 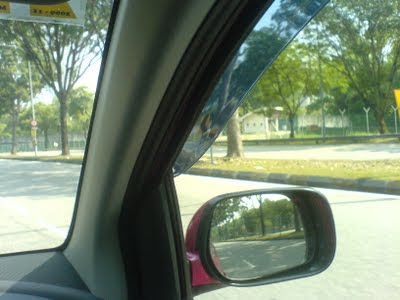 I wrote a piece on how A-Pillars and side mirrors in cars have grown over the years over on MyAutoblog.org. A very relevant topic if I may say so.

" A Hyundai Atoz suddenly appeared out of nowhere. 'Nowhere' in this context meant that it appeared after it was hidden behind the A-pillar as well as the large elephant-like driver's side mirror."


Click here to read about it.
Posted by Rigval Reza at Tuesday, May 17, 2011 No comments: Links to this post 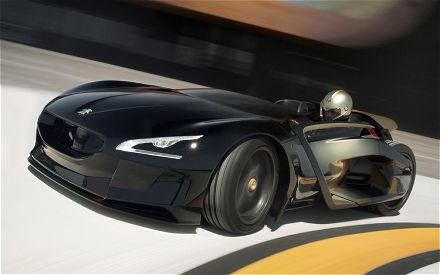 "The Peugeot EX1 was piloted by Stephane Caillet and lapped the 20.8km Nordschleife in 9 minutes 1.338 seconds with an average speed of (yawn) 138.324km/h. Note that Peugeot have quoted until the 1/1000th of a decimal point for both lap time and average speed. I suppose when you're going this slow every 1/1000th of a second counts. "


Click here to read more about the Peugeot Electric Car That Looks Like A BatMobile But Is Slower Than One.
Posted by Rigval Reza at Sunday, May 15, 2011 No comments: Links to this post

Taiwan's Luxgen Neora is a Mish-Mash of Ideas 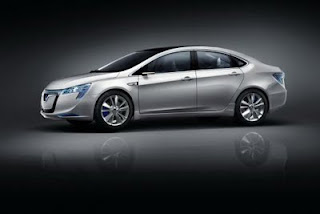 A concept car by a Taiwanese car maker. Nothing really interesting but this is what new manufacturers try out in order to find a distinctive identity.

Click here to read more about it. Posted over at Myautoblog.org.
Posted by Rigval Reza at Sunday, May 15, 2011 No comments: Links to this post 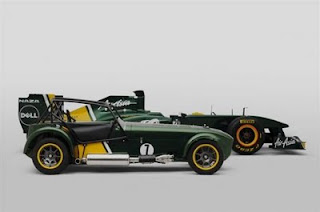 To piss off the people at Lotus I presume. Click here to read more about what I think about this piece of news.
Posted by Rigval Reza at Tuesday, May 10, 2011 No comments: Links to this post

A Bentley that thinks its a Porsche GT3 RS 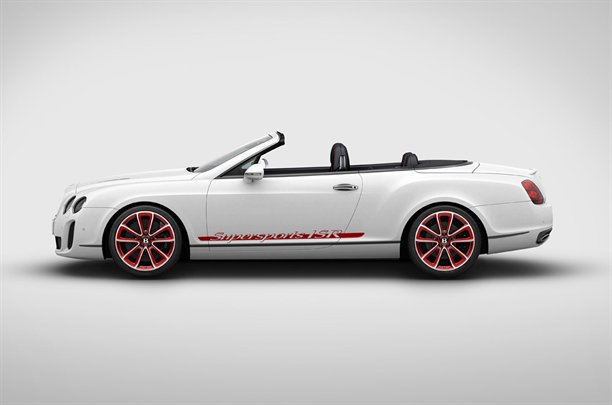 "You can tell that it is very much a boy racer with those ‘ISR’ go faster stripes on its side; ala Porsche 911 GT3 RS. Somehow no one told Bentley that the over 2000kg Continental Supersports that no matter what you do, a Bentley will not float like a butterfly and then sting like a bee."

The Bentley Continental Supersports ISR...... Click here to read more about it. Posted over at Myautoblog.org.
Posted by Rigval Reza at Sunday, May 08, 2011 No comments: Links to this post

Some thoughts about car interiors of the near future 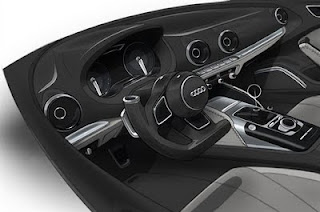 "The sketch you see above is one of a future Audi A3 Sedan. Ignore the funky steering wheel as it may be drawn that way to show the rest of the dashboard. And what do you actually see? A dashboard devoid of signal switches, wiper stalks and gear knobs. "

I posted some thoughts on the interiors of cars over at MyAutoblog.org. I suppose soon we will see stuff like those in I Robot turn into reality. 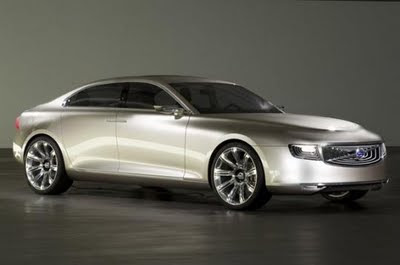 "Those that are familiar with classic Volvo design would recognize the Volvo PV544-like bonnet, low set headlights and the shape of the grille. Its design team actually did spend some time looking at classic Volvos and I believe that it does look portray the essence of the earlier Volvos. The nose from the three quarter angle shows off the car pretty well. It may look awkward at first but it does make the car a little different than the norm."