An Apology, A Fleet of Cars and A New Addition 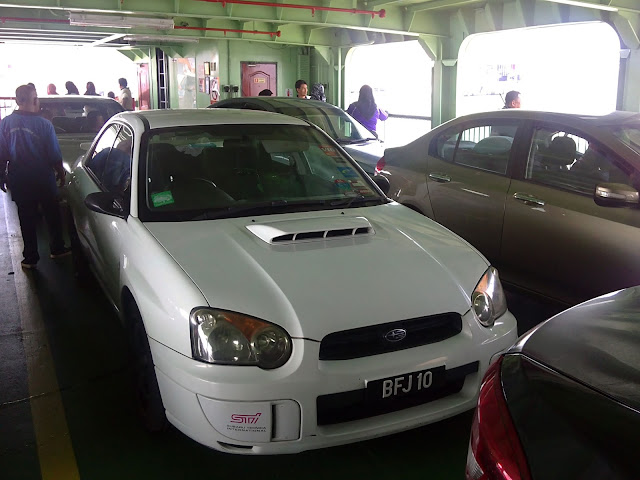 I have to apologize to you readers out there. I have been extremely busy with life these days. Over the past month or so I have been occupied with traveling and a whole bunch of stuff. I was in Penang early last month. I was also in Raub, Pahang thrice. I was in Fraser's Hill twice. I was in Ipoh once. I was basically everywhere except in front of a computer typing out stuff.

In between all of that traveling. I had to work. I had cars to service. I also had to chill out with friends to talk about man/boy stuff. In short, writing has taken the last seat on a very long bus filled with countless of other activities that requires my time. I sometimes wish time does not fly as fast as it does these days. It my be age catching up and suddenly overtaking yours truly as I find my self trying to do so many things in a week.

Now back to the topic of cars. I seem to have acquired a fleet of cars over the past couple of months. Those that are aware would know that I have to maintain a 2005 Subaru Impreza 1.6 TS, a 1998 Proton Wira 1.6XLi which I had inherited from my late-father, a new 2011 Suzuki Alto which was bought for my mum to use and a 2010 Perodua Myvi 1.3 SE which the Missus uses.

The Subaru has been a very reliable workhorse and recently had its cracked front windscreen changed. I have no issues with the car and it has only left me stranded once due to a leaking water pump hose. But throughout the seven and a half years of ownership it has performed admirably and at times punches above its weight.

The Proton Wira is like any 1.6 automatic Proton Wira out there. Very cheap to maintain and very dependable. After sorting out its overheating issues it has been a decent, albeit a slightly boring ride. But if you just want a dependable Klang Valley roundabout which is light, economical and practical with some decent tech - multi-link suspension, a 4 speed autobox with enough punch to cruise at highway speeds at a relaxed gait, an old Proton Wira is totally acceptable. Don't expect it to be anything else though.

The Suzuki Alto 1.0-It has been to the Suzuki service center twice in the last 6 months. This is because somehow, the service booklet suggests that you service it every 3 to 4 months or 5,000km. In order to keep its warranty intact I am doing just that although it hasn't crossed 4,000km to date. The reason this car was chosen over a Perodua Viva or another Myvi is that  it drives better than both and my mum likes the way it looks. I like the way it looks. My mum takes it to be shops in front of her house and to a few places in and around her neighbourhood. I have a warranty claim to make from Suzuki thought, the key cylinder at the steering column is a little sticky and according to Suzuki, a replacement cylinder is in order. A rare occurrence according to Suzuki. So rare that it has to be ordered from India, the place where the Alto is made. Sometimes, you get issues with cars that aren't made by Proton (this little statement is for those that think you can't get issues with cars other than Proton). Now aside from that, everything has been peachy with the tiny Suzy.

The Perodua Myvi is trusty and dependable. The Missus isn't complaining about having to drive a car that has consistently headed the Malaysian car sales list over the past few years. It may have a trashy ride and a slightly hollow feel to it but it serves its purpose and competently does what its supposed to do. Its looks do not offend me (unlike the Proton Saga BLM) and it is nippy around town (which is very important when traffic is bad these days). Coupled with the mods I've done on it. It's actually quite good to drive. 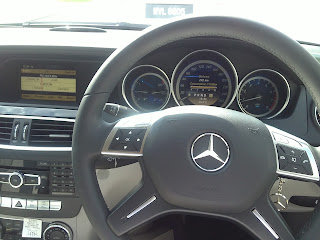 And then comes the surprise.....I've added another one to the list. A brand spanking new Mercedes Benz C180 CGI BlueEfficiency. Yes folks, I've basically decided to satisfy my lust for the three pointed star. Expect some sort of write-up on it soon. If my hectic life allows me to do so.
Posted by Rigval Reza at Monday, December 03, 2012 5 comments: Links to this post