Full of food. After a whole month of fasting we've now arrived at the point of eating. Kuala Lumpur has about half of its denizens away due to the 'Balik Kampung' phenomenon. Those who aren't muslims also take full advantage of this long holiday to go shopping or to travel to someplace. The roads out of Kuala Lumpur were jammed but as I am writing this, it isn't as everyone has basically arrived to where they wanted to be.

As for some 'Hari Raya' advice on cars and motoring I have to say;

that this is still the ugliest sedan you can buy in Malaysia today. 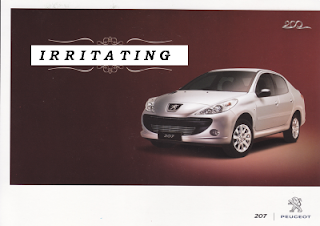 and this is a wayyyyyy better buy than that regardless of the badging. I know of a story where someone bought one 1.8 manual version and converted it to a Lancer GT right down to the windows - it now has embossed on the glass Mitsubishi instead of Proton - over RM18,000 worth. 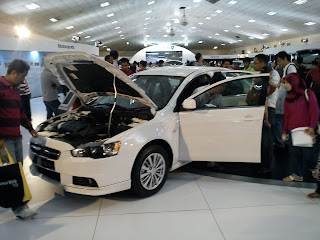 On another note, I shall be reviewing one of the fastest Subaru Impreza STI S204s around. Now we all know that  the S204 is already a limited edition Impreza GD model that has all the goodies and is quite fast in its stock (which isn't very stock at all) form. The thing about this car is that it is a JDM (Japan Domestic Market) car and in Japan, they like running these cars on 100ron instead of the 97ron or 95 ron we have over here. So if you end up buying one, the minimum octane rating you should run on your JDM Impreza STi is 97ron. Any lower and you may incur engine knocking and later on a rebuild if your pistons start to melt like some Japanese Nuclear reactor. 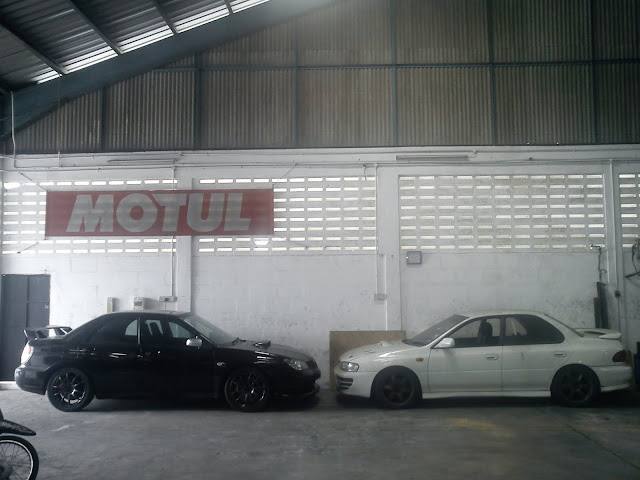 Anyway, this S204 (Pictured with an Impreza GC8 here) makes over 360whp (wheel horsepower) and a good 51kg/m of torque from 95RON. Read about this sometime after my Raya break folks. Sometime here could be a while....I may be a little lazy. You never know.
Posted by Rigval Reza at Tuesday, August 30, 2011 No comments: Links to this post 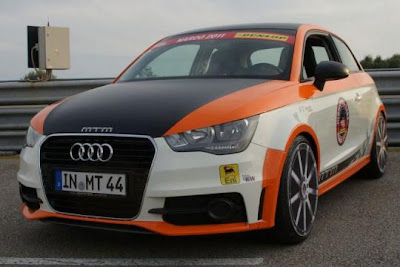 "....it is gravity defying in that the tiny (still) front-drive Audi A1 can accelerate from a standstill to 100km/h in 4.5seconds and go on to 324km/h. In such a small car doing anything above 300km/h must be like riding a bicycle downhill at breakneck speed without any safety gear or even any clothes on."


Click here to read more about this tiny tot. Over at myAutoblog.org. 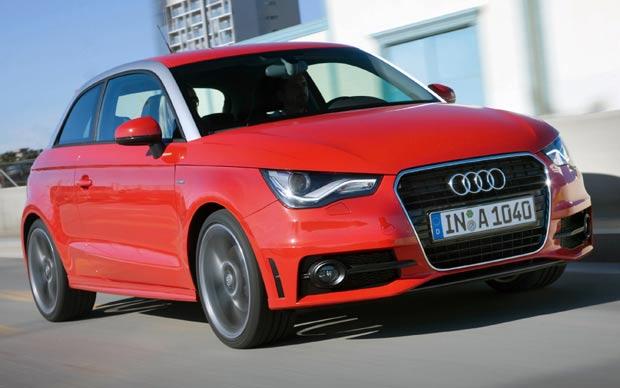 That being said I would never buy the Audi A1 1.4 sold by the local distributors for RM189,000+. I can bloody buy a Scirocco 1.4 for about the same price.


One other reason why I won't buy the A1 1.4 here from the local distributors is the fact that they purportedly ordered the A1 without the painted silver A - C Pillars and they are outsourcing the painting to some local MudGuard-lo.  This basically means that the quality isn't factory fit and if you actually dinged it, you may see red paint underneath. They couldn't even bother ordering the car with the optional (yet very sought after) Audi A1 look. Wonderful isn't it? So anyone who bought that close to RM190K little Audi actually has part of their Audi painted by some Malaysian...or a Bangladeshi working for the Malaysian. Which is worse.


This little bit of information was supplied to me by someone who knows someone who happens to know a whole lot about Audis in Malaysia.  Of course this could be hearsay and you shouldn't take my word for it....but remember, this is Bolehland.


Posted by Rigval Reza at Monday, August 22, 2011 No comments: Links to this post 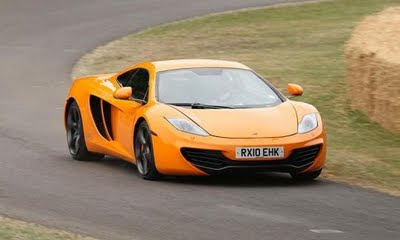 "Of course, you could engineer 'soul' into the car and this is what McLaren will be doing to all MP4-12Cs after this. The main changes to the car centers around a sharper throttle response and a better exhaust note. Somehow these two items add 'soul' to a car, "


Click here to read more about it. Posted over at MyAutoblog.org
Posted by Rigval Reza at Monday, August 22, 2011 No comments: Links to this post

News About Lotus And The Lotus Evora IPS 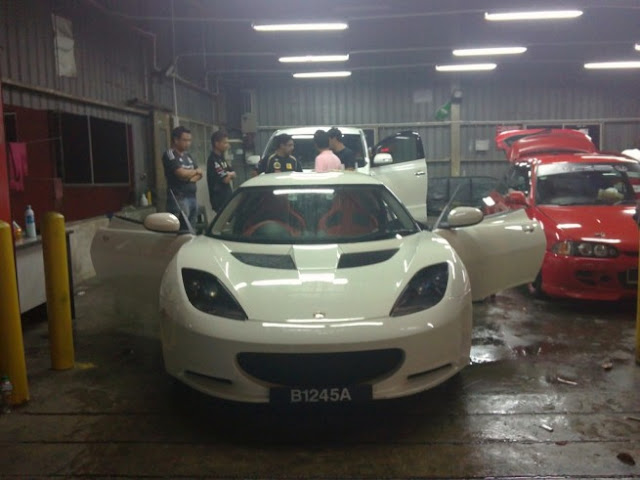 This is the link to the full write-up of our late night/early morning chance meet with the boys from Lotus Cars Malaysia. I've posted it on CarThrottle.com. Basically our conversation with the guys from Lotus has enlightened us on their business plan and a few marketing tricks too.

Oh yes, more pictures and more on the Lotus Evora IPS. Click here to go straight to the article.
Posted by Rigval Reza at Monday, August 15, 2011 No comments: Links to this post 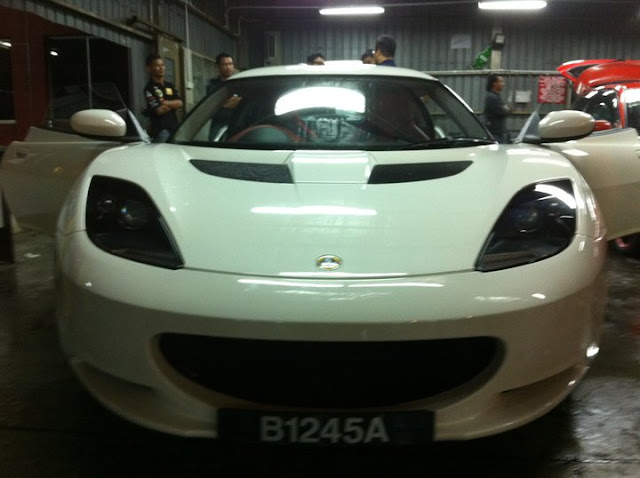 It is still hard to spot a Lotus that isn't an Elise in Malaysia even though Proton has owned Lotus for a good fifteen or so years. I happened to be with a few friends and we managed to catch one at a car wash in Ampang, Kuala Lumpur. The Lotus Evora IPS in the photograph above is still undergoing testing for our local climate especially in the transmission department since its the first automatic Lotus since the 1980s. It was just back from a run to Kuantan and back to see if all systems are go. 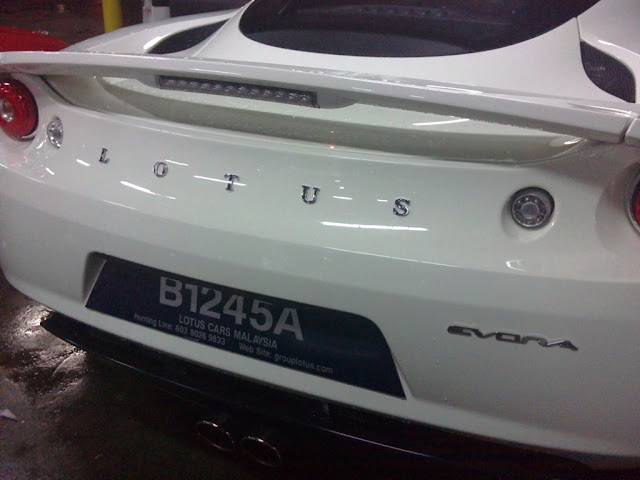 The Lotus Evora IPS with its 276HP 3.5liter V6 engine coupled to a 6 speed automatic gearbox and flappy pedals is on sale in Malaysia for a reasonable RM460,000 (without roadtax and insurance). Stay tuned for a longer write-up and better pics of this chance meeting soon.

Thanks to the chaps from Lotus Cars Malaysia who basically entertained our questions at 230am on a Sunday morning.

Posted by Rigval Reza at Sunday, August 14, 2011 No comments: Links to this post 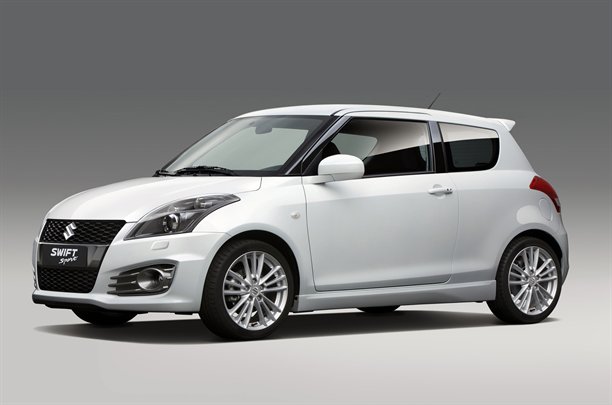 Suzuki has finally revealed the new Suzuki Swift Sport. Based on the recently launched new Swift launched early this year it should be equipped with the same 50mm longer wheelbase and lots more size and space. And we in Malaysia haven't even received the new bread and butter Swift to date. The reason we are not getting a new Swift when Singapore has already got the latest Swift models is that we assemble out Swifts locally. I suppose CKD packs of the current Swift have not run out to make it economically feasible for them to bring in the latest model. Boo Hoo to Suzuki Malaysia.

It will get a revised 1.6liter DOHC engine that'll put out 134hp instead of 125hp. It also gets 160Nm instead of 148Nm torque. I suppose this is to offset the slight gain in size (and bulk) of the new car. It also gets a 6 speed gearbox  and 17 inch alloys too. I suppose the alloy wheel upgrade is necessary considering the car is slightly larger now.

Whatever the case is I hope that it'll handle like the earlier car, which was bloody good (aside from having a slightly tallish sitting position which is actually typical in all modern superminis). I rate that car as one of the best affordable drives around. You can click here to go to read about what I thought of the soon to be replaced Suzy Swift Sport.
Posted by Rigval Reza at Thursday, August 11, 2011 2 comments: Links to this post 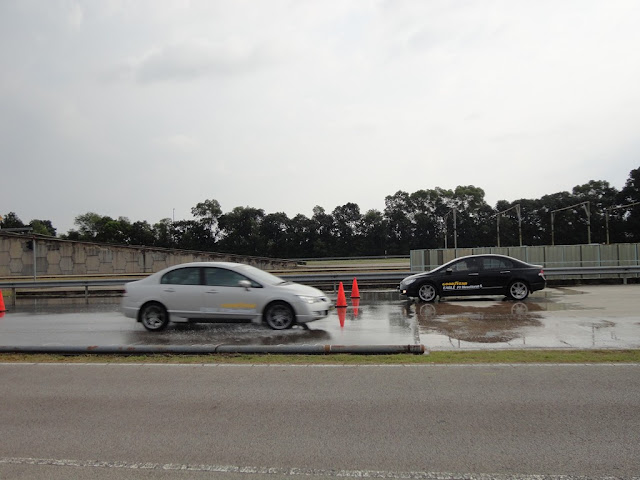 It was a whole day event held on the 30th of July 2011 which I attended together with a pal of mine, Firdaus (who maintains his own VW Polo GTI blog). The event was pretty good actually. We got to know about the new Eagle F1 tires and they had food. There was breakfast, lunch and tea. We had food and was asked to drive around some cones, sat through a product briefing, was driven round and round the Proton High Speed Oval Test Ring and then drove round a short time attack course - which I promptly got confused and drove an extra trip around some cones. Give me a proper track or a navigator as I am useless in memorizing stuff.
Read more »
Posted by Rigval Reza at Monday, August 08, 2011 2 comments: 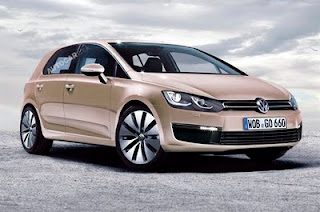 "And while journalism takes an ugly turn due to the mess concocted by the henchmen within the Rupert Murdoch media empire and while Lady Gaga still entertains us not with her songs but by her lack of clothing during her public appearances, Autocar UK has reported that the upcoming Mk7 Volkswagen Golf will look sportier than ever."


So the 2012 Golf Mk7 is supposed to be sportier. But a word of advice folks. It is still bound by the rules of Volkswagen and its design philosophy. It isn't going to be a Lancia Delta Integrale any time soon. Sigh.


Click here to read about it. It is also posted over at MyAutoblog.org. What can I say? They welcome my stuff over there! Enjoy.
Posted by Rigval Reza at Saturday, August 06, 2011 No comments: Links to this post

ABT Tunes the New, New Beetle 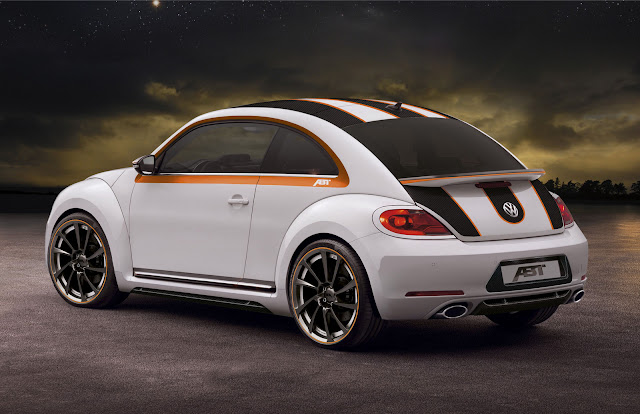 "The totally new 2012 Volkswagen Beetle has barely hit most markets around the world but as usual, the tuning houses have gotten their hands on it. ABT, known for tuning VW Group cars have their pimped out Beetle ready and wants us to call it the 'Speedie'. A bodykit, alloy wheels and 'go-faster' stripes and it deserves to be called 'Speedie'? I doubt it if you went out and bought the base 105hp 1.2liter TSI version. Even with ABT's ECU tweaks for that engine. But do continue reading anyway."


Click here to read about it. Posted over at MyAutoblog.org.
Posted by Rigval Reza at Saturday, August 06, 2011 No comments: Links to this post 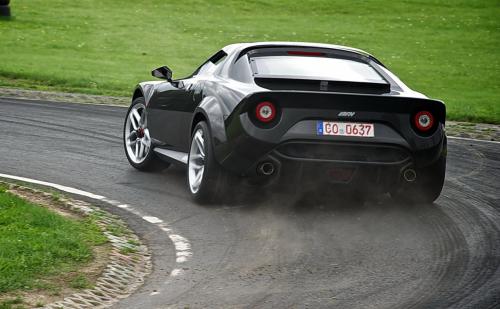 Ferrari has stalled the revival of the Lancia Stratos. Scared of competition?

Click here to read about it. Posted on MyAutoblog.org.
Posted by Rigval Reza at Saturday, August 06, 2011 No comments: Links to this post 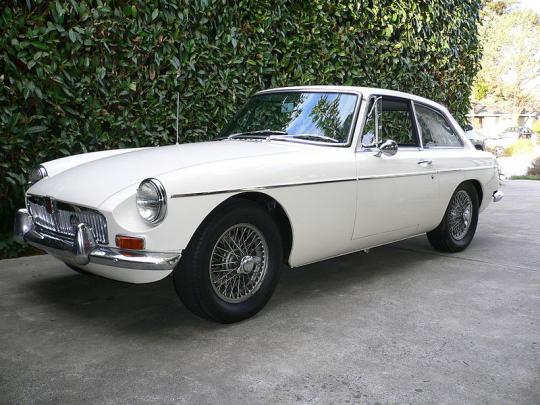 The MGB GT is a car that I had driven many years ago but one which I remember like I drove it only yesterday. It was a car that my late father once owned and sold around the time I was born (circa 1972) and a car that I had the pleasure of driving very often during the 1990s. To the friend of mine who let me drive the car, you know who you are, and I am extremely grateful for the experience. No,my father didn't actually sell the MGB because I was born. Some other incident happened so I am safe to say that I wasn't the reason my old man sold his sports car!

"The 1.8liter engine sounds typically old school. The twin SU carburettors (which need proper fettling to get it in-synch) and that simple four branch manifold as well as how the engine is tuned for the MGB (instead of, say a pathetic Austin Maxi) makes for a very butch sounding 4 cylinder engine. You won’t find this much bass in any new car these days. The sound on idle and when it starts to move is something which you could never replicate in a new twin cam, multi-valve and fuel injected engine. "


Click here to read more about it. Posted over on MyAutoblog.org.
Posted by Rigval Reza at Tuesday, August 02, 2011 No comments: Links to this post