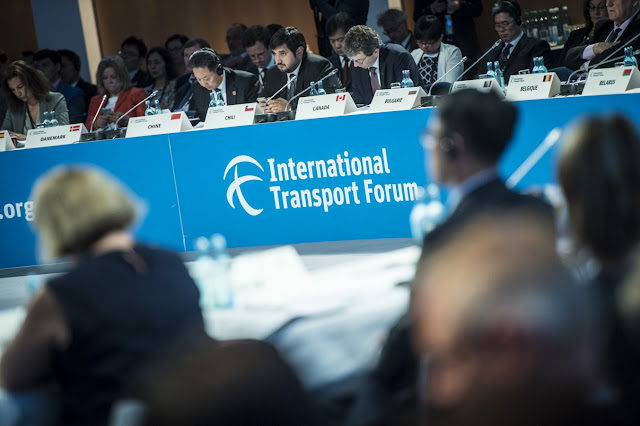 Governments must consider ways to manage the transition to driverless trucks in order to avoid potential social disruption from job losses, says a new report published by the International Transport Forum (ITF) with three partner organisations. The report was released during the ITF 2017 summit held recently in Leipzig, Germany. Key elements include the fact that Self-driving trucks will help save costs, lower emissions and make roads safer. But these benefits also come at a price. 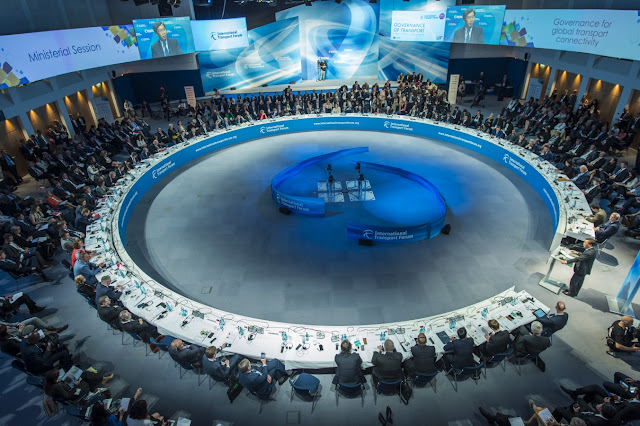 Aside from lowering transport costs and the other items mentioned above, they could also address the shortage of professional drivers faced by the road transport industry, the study says. BUT... automated trucks could reduce the demand for drivers by 50-70% in the US and Europe by 2030, with up to 4.4 million of the projected 6.4 million professional trucking jobs becoming redundant, according to one scenario.

One would imagine a similar figure to happen over in the ASEAN region once self-driving vehicles hit our shores in full force a few years (or say a decade) after it does over in more developed countries. I predict the same number or even more people will be affected here in the ASEAN region. It is the loss of income from a sizable amount of people that would obviously be affected when autonomous vehicles come to being. Why is the amount so large? Well, in most countries, by regulation each truck must have a driver and a co-driver.

The report, even in the concise, summary form I am publishing here in motoring-malaysia.blogspot.my is an interesting read.

Even if the rise of driverless trucks dissuades newcomers from trucking, over 2 million drivers in the US and Europe could be directly displaced, according to scenarios examined for the report.

- Establish a transition advisory board to advise on labour issues.

Governments should establish a transition advisory board for the trucking industry to advise on labour issues associated with the introduction of driverless trucks. The board should be temporary and include representatives from labour unions, road freight businesses, vehicle manufacturers and government. It would support the government in choosing the right policy mix to ensure that costs, benefits and risks from automated road haulage are fairly distributed.

- Consider a temporary permit system to manage the speed of adoption.

Governments should consider a mechanism to shape the transition to driverless trucks. A permit system would offer influence over the speed of uptake as well as revenue to support displaced drivers. Where economy-wide unemployment support is considered inadequate, additional assistance could come in the form of targeted labour market programs to try to re-deploy drivers. It could also take the form of additional income replacement payments where alternative employment opportunities have also been reduced by automation.

For reasons of fairness, funds for transition assistance should be generated by the main beneficiaries of the operation of driverless trucks. The sale of permits to operators experiencing operating cost reductions could be complemented by contributions of all road users who will benefit from improved safety. Careful design of the permit system would ensure that permits are used to manage the labour transition fairly and not as a proxy to limit the free movement of goods.

Harmonisation of rules across countries is critical for maximising the gains from driverless truck technology. Common vehicle standards and operational rules would allow smooth cross-border movements of autonomous trucks and should be put in place at least at a continental level, preferably at the global level. The proactive approach of many governments to test permits and ad hoc exemptions to road rules allows different approaches to be tested in parallel which can speed up the maturing of the technology. However, such competition entails the risk of insufficient attention on the ultimate goal of harmonisation.

Governments, industry and researchers should continue to advance tests on public roads in designated corridors and areas for trialling vehicles, network technology and communications protocols. This way various technologies are able to be tested without committing to an individual company, standard or technology early in the development process, ensuring that expensive network-wide investments are not wasted or over-specified. This will help ensure societal benefits from automated road freight transport will be maximised.

These recommendations were agreed jointly by organisations representing truck manufacturers, truck operators and transport workers’ unions, under the auspices of an intergovernmental organisation. This broad coalition of stakeholders lends the call to action particular weight. 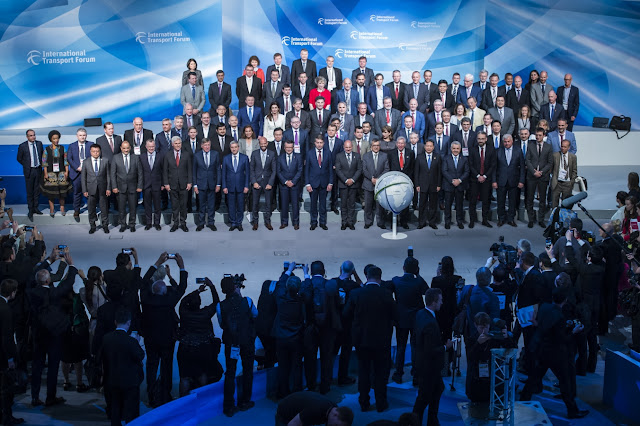 José Viegas, Secretary-General of the International Transport Forum (ITF) said:
“Driverless trucks could be a regular presence on many roads within the next ten years. Self driving trucks already operate in controlled environments like ports or mines. Trials on public roads are under way in many regions including the United States and the European Union. Manufacturers are investing heavily into automation, and many governments are actively reviewing their regulations. Preparing now for potential negative social impact of job losses will mitigate the risks in case a rapid transition occurs.”


The ITF is an intergovernmental organisation with 57 member countries. The only global body for all modes, it acts as policy think tank and organises the annual summit of transport ministers.

Erik Jonnaert, Secretary General of the European Automobile Manufacturers’ Association (ACEA), said:
“Harmonisation of rules across countries is critical for maximising the gains from driverless truck technology. Automated trucks are clearly not a national issue, as they should be able to move smoothly across borders. We need international standards, legislation and processes to obtain exemptions from road rules that are appropriate for self-driving trucks. Otherwise we risk having a patchwork of rules and regulations, which could hinder manufacturers and road users from investing in automated vehicles.”


ACEA is the advocate for the automobile industry in Europe, representing the 15 major manufacturers of cars, trucks, vans and buses with production sites in the European Union.

Christian Labrot, President, International Road Transport Union (IRU), said:
“Autonomous trucks will bring many benefits to society, from cost savings and lower emissions to safer roads. Autonomous vehicles will also help the haulage sector deal with the current shortage of drivers in many parts of the world. However we have to remember the dedicated drivers of today will need to be retrained tomorrow, and we must keep attracting professionals into road transport. We all need to work together for a smooth transition to driverless technology.”


IRU is the global industry association for road transport, representing truck, bus, coach and taxi operators, with members and activities in more than 100 countries.

Steve Cotton, General Secretary of the International Transport Workers’ Federation, said:
"Automation in trucking demands a managed and just transition. We strongly welcome the report's recommendation that trade unions must be part of any such process. We must avoid excessive hardship for truck drivers and ensure the gains from the technology are fairly shared across society. Self-driving trucks threaten to disrupt the careers and lives of millions of professional truck drivers. This report is a timely investigation into how that transition could happen. Its recommendations will help governments to ensure a just transition for affected drivers.”

The International Transport Workers’ Federation is a global association of around 700 unions representing over 4.5 million transport workers from some 150 countries.

The times are definitely changing, folks. When autonomous vehicles come into being we’re going to see a drastic change. I do hope governments of all nations will take this into account as going by how things are going, there is going to be a huge shift in how things will be done in the near future. There will have to be monitoring and close scrutiny by all affected parties.

These things, or more specifically the transport industry will be carried out without the need of humans. Worrying in some ways, but it also shows that mankind has taken another giant step into the future. As slightly more than a hundred years after the first self propelled carriage came about, it will now be self driven.
Posted by Rigval Reza at Monday, June 05, 2017