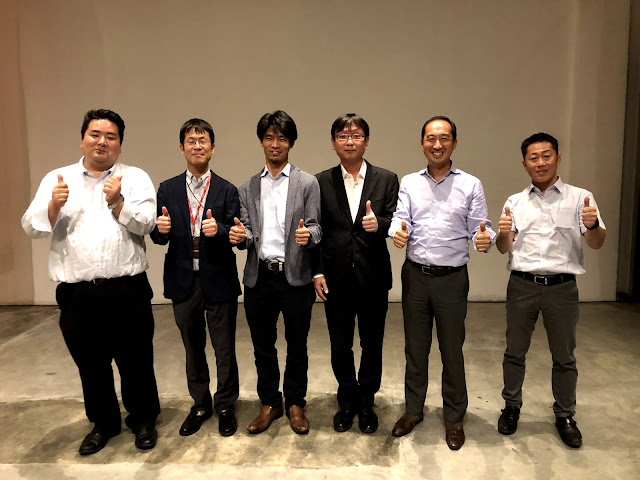 Isuzu Malaysia Sdn. Bhd. (IMSB) recently appointed Mr. Atsunori Murata as its new Chief Operating Officer (COO) - 3rd from Left. As the COO, he will be overseeing all operational aspects under the Commercial Vehicle Division. Mr. Murata has been with Isuzu Motors Limited since 1998.

Mr Murata brings with him 20 years of experience in international sales and business management, having had the opportunity to serve various markets such as China, Hong Kong, Singapore, Australia, New Zealand, EU countries, and the United Nations.

According to Isuzu, Mr Murata has brought with him a wealth of experience, from business coordination, sales and aftersales planning, corporate finance management and manufacturing coordination for commercial vehicles. He has managed to derive these skills during his secondment to Isuzu Trucks South Africa in 2010, and Isuzu Motors Sub Saharan Africa in 2015. Furthermore, upon returning to Isuzu Motors Japan, he was tasked as Chief Coordinator for the Tokyo Motor Show 2017 and other automotive events for Isuzu Japan.

Chief Executive Officer (CEO) of IMSB, Koji Nakamura said, “Atsunori Murata has held diverse leadership roles throughout his employment with Isuzu Motors Japan, with experience particularly in sales and business development, product planning and operations. I believe that his extensive experience will prove to be a vital advantage to this organisation, in order to maintain Isuzu Malaysia’s position as No. 1 preferred Commercial Vehicle (CV) in this country”.

Aside from Mr. Murata, Isuzu Malaysia has also appointed new people for their After Sales Division (ASD). The new appointments include Ryo Kakogawa as Chief Operating Officer (COO); Katsushi Shimauchi as Senior Advisor for Service Marketing; and Yuji Shinya as Advisor for Parts Operation.