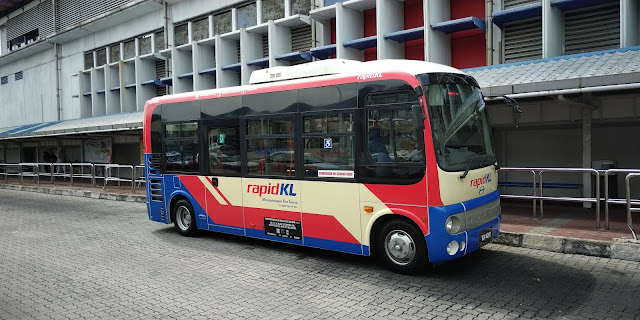 Rapid Bus Sdn Bhd, or more commonly known as the company that handles most of Malaysia's public bus services has started a trial run of the Hino Poncho minibus. Hino Motors Sales (Malaysia) Sdn Bhd (Hino Malaysia) recently introduced this low-floor seven meter long minibus here as it sees the need for the re-intorduction of minibus based public bus and light rail services in the country. For a first step, Rapid Bus has decided to use the Poncho minibus on a trial run basis for three months. 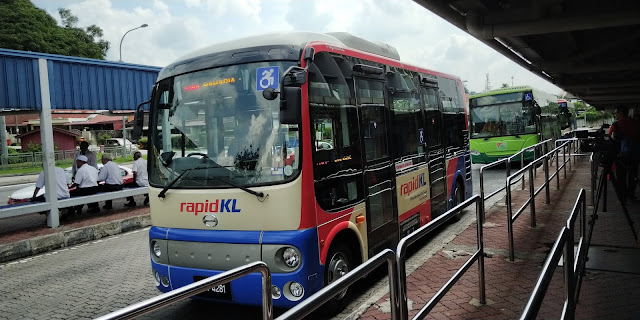 According to Rapid Bus, the trial run will start from 20th October 2019 and end on 20th January 2020. The Hino Poncho Rapid bus will cater to routes T784 LRT Taman Bahagia station in Petaling Jaya and also over on route T201 LRT Gombak staion on the other end of Greater Kuala Lumpur. These two Poncho buses will basically service a route to and from the Rapid Light Rail Transit stations (LRT) for last mile commutes to and from the station.

We witnessed the second day of the trial run, which was on the 21st of October, where the Minister of Transport, the Honourable Mr. Anthony Loke Siew Fook, stepped on the Poncho for a 15 minutes ride from the LRT Taman Bahagia to the bus stop located at Damansara Uptown. 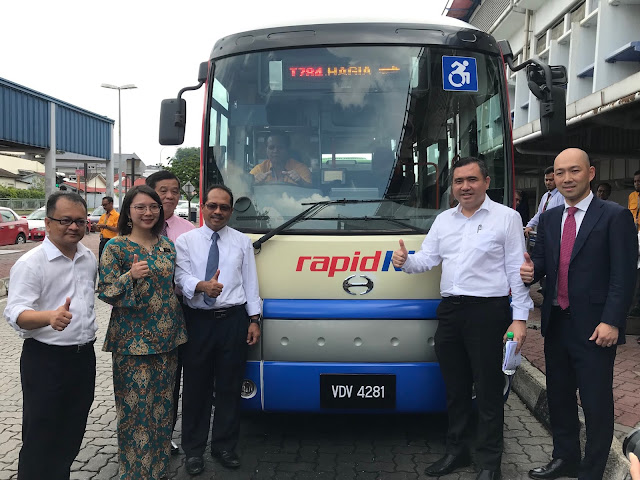 The trial run of Poncho minibus is an initiative by HINO MALAYSIA to pursue an efficient intra-city bus service here in Malaysia (especially urban centres). These small and nimble minibuses which will shuttle passengers from transport hubs to their final destinations within the central business district and quieter residential area. With its more compact size, it is hoped that the tests will show that smaller buses are the future of urban bus service.

The HINO Poncho is the first low floor minibus which comes in at being 7 metres long in the world. There are more than 2,000 units of HINO Poncho manoeuvring within the busy cities and narrow roads over in Japan. It is designed to match the most innovative community transport solution and deemed as one of the solutions to cater to the first and last-mile travel for passengers. 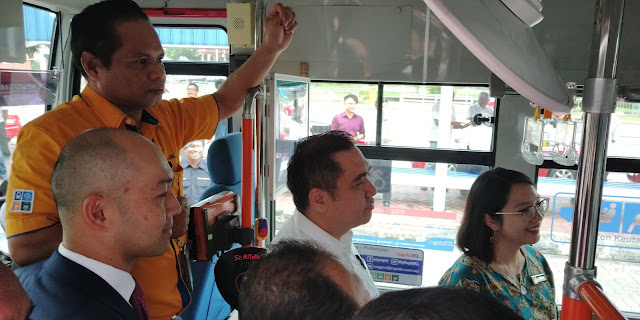 This minibus does remind those that remember the minibus service that Kuala Lumpur and the surrounding suburbs used to have in the 1970s to the early 2000s. Back then, when there were private operators running public bus services, normal length coach buses used to share its street with the minibus. Many actually preferred minibuses as they were small, compact and could easily maneuver through super packed KL streets back then. This was mainly pre-LRT days where KL traffic was bad. And back then, the nimble minibus reigned supreme. 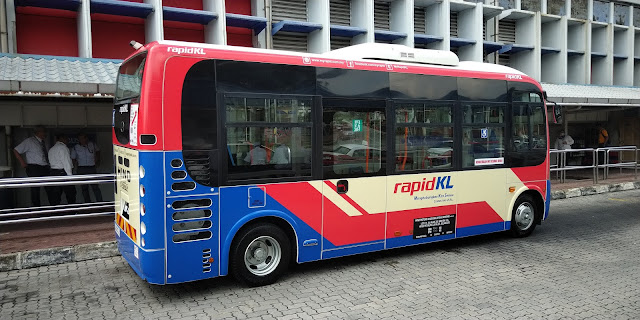 And somehow, after the government took back public bus services from these companies and set up one main agency/ company, the minibus was set aside, and normal length stage buses took over all of the routes.

Of course the reason back then was to pack as many people as cost efficiently into a bus at a time and one bus could carry two busloads of people at a time meaning you do not need at many bus drivers. However, it did mean that the buses weren't as nimble as before and with the introduction of the LRT service, longer routes weren't as profitable. And while Rapid kept the long stage buses, it was mainly used on shorter routes in and around the neighbourhoods. Sometimes, there were less people using the bus services or the distance was shorter to be economically viable for these larger buses.

This could be a good reason to start using smaller, more compact, cost efficient minibuses which are smaller, run less fuel and would also cost less to maintain in the long run due to its more efficient setup. 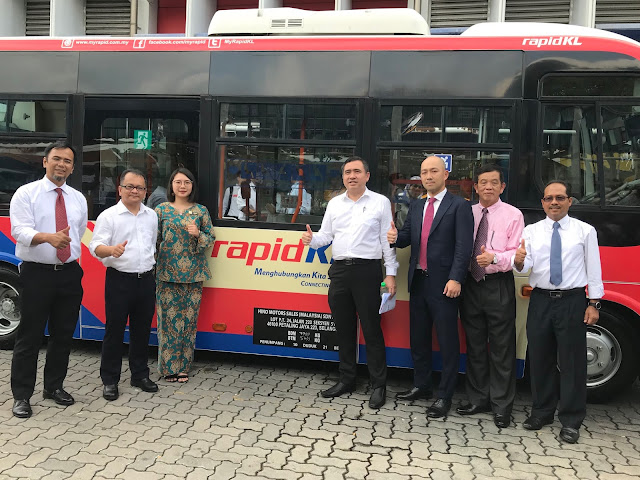 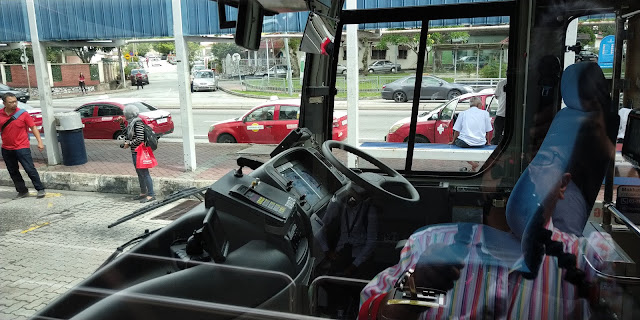 Hino Malaysia sees the need in ‘first and last-mile travel’, meaning the first and last leg of a person’s travel within the city. The minibus has its advantages for narrow city residential and low ridership areas.

Its small size yet ample capacity makes HINO Poncho easier to manoeuvre through the busy city and narrow roads compared to the current buses now in operation which are approximately 10-12 meter length while HINO Poncho is only 7 meter in length. HINO Poncho has excellent accessibility that features an ultra-low floor with the kneeling function that can be further lowered down. This feature aids senior citizen and disable passengers on wheelchair. 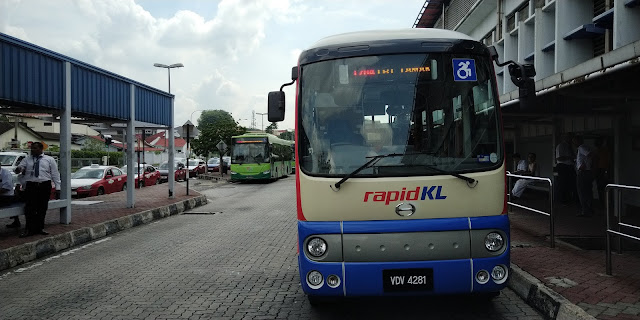 Besides being equipped with flexibility for the special needs passengers, the minibus is able to cater up to 31 including standing passengers. Designed with a vehicle height adjusting system, this system performs vehicle height lowering and raising control. The height can be lowered down by 50mm which will enhance the boarding or alighting property at bus stops and with the raising control, the chassis is able to lifted up to 30mm higher to improve driveability on rough road.

Equipped with its five (5) liter Euro-V engine, common-rail fuel injection system and 5-speed fully automatic transmission, this minibus will help improve the operational cost as it is more fuel-efficient than current buses.

The Euro-V technologically-advanced diesel engine is to provide improved engine performance for acceleration, better fuel economy, and reduce harmful emissions, hence it is environmentally friendly. HINO Poncho with the Euro-V engine is equipped with Diesel Particulate Reduction (DPR) system; an after-treatment system that significantly reduces particulate matter. This feature differs to other current Euro-V vehicles where the HINO Poncho does not require any additional fluid such as AdBlue urea fluid, which eventually will save the operating cost and maintenance time for the customer.

The HINO Poncho trial run concludes and unites the objectives to providing the efficient public transport system that best serves the people as this innovation will enhance the public transport services which aimed at eliminating the first and last mile barrier. 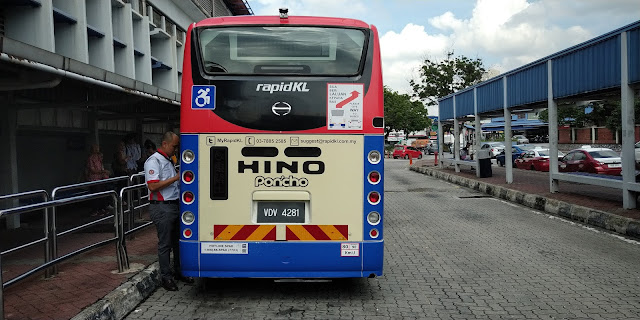