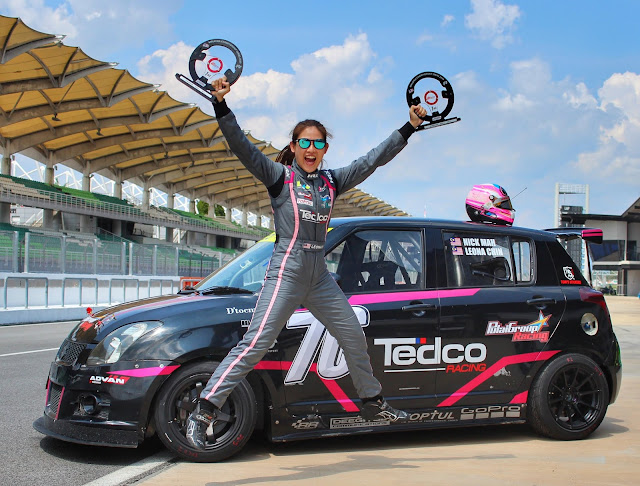 Leona Chin, who most of you would know is a familiar face in Malaysian motorsport as well as in the local automotive scene recently scored a double win in the M Production (MTC) Category during the recent Malaysia Championship Series held at the Sepang Circuit. Driving the Tedco Racing Suzuki Swift Sport, she scored the double victory after qualifying in Pole Position. She is the first female to qualify a Pole Position and then go on to win in both races over the weekend in Malaysia Championship Series. 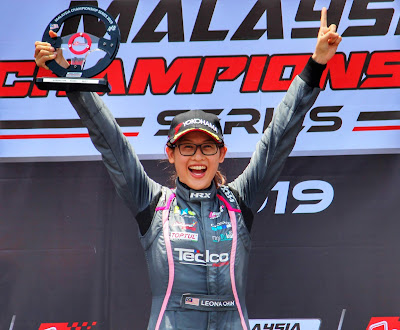 Using the Suzy Swift Sport, which seemed to be the popular choice among the competitiors and one that managed to come out tops most of the time, Leona completed 21 laps around the Sepang Circuit in 1 hour 3 minute 47.438 seconds. She managed a fastest lap time of 2 minutes 41.968 seconds (which is quite good in a small compact hatch for Sepang).

The interesting bit of trivia was that after winning in Race 1, an extra 30KG of success ballast was added onto Leona’s race car for Race 2. It did not do anything from the looks of it.

Leona said that it was down to a well prepared race car and a strong race strategy by Tedco Racing where everything worked out as planned. It also seems the 32 year old race driver has been selected by Tedco Racing's Talent Development Programme. The owner of Tedco Racing, Reuben Wong, stated that the chance offered by them to Leona proved them right as she managed to win both the races she competed in.

The next round of the Malaysia Championship Series 2019 round 2 on 19 th April which will be also held at Sepang International Circuit. 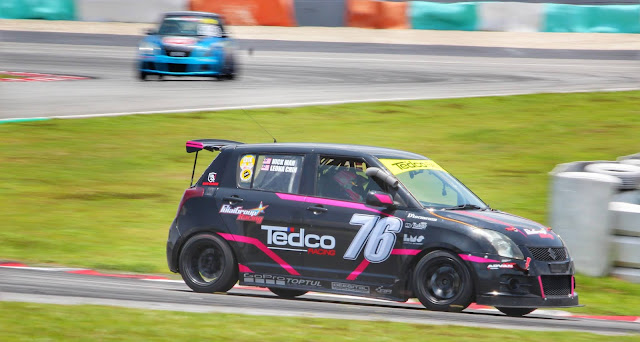