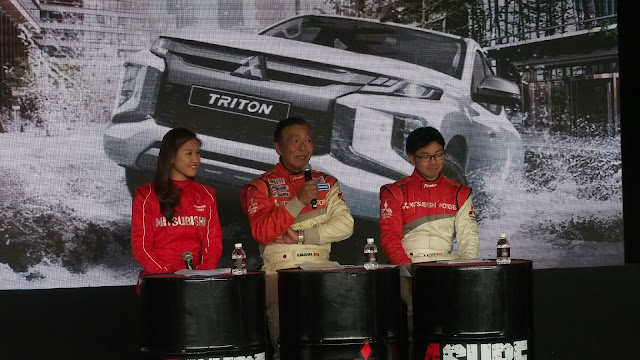 We had the privilege to be taken for a taxi ride by Hiroshi Masuoka (above, middle), Two Time, Consecutive Dakar Rally Champion 2003-2004 in the new 2019 Mitsubishi Triton pickup truck at the 4Sure Thrill roadshow organised by Mitsubishi Motors Malaysia (MMM) over the weekend at Setia City Convention Centre. Aside from the obvious, which was Masuoka San's driving, the new Triton was actually quite good.

Two time, champion Hiroshi Masuoka now works with Mitsubishi helping them design their vehicles, especially their pickup truck line. At 59 years of age, he is still full of energy and vigour. He is now Senior Expert of Mistubishi's Public Relations Department. That is his official title, but I think he does do a lot of vehicle testing for Mitsubishi too. It would be his input that is welcome when it comes to designing their vehicles. 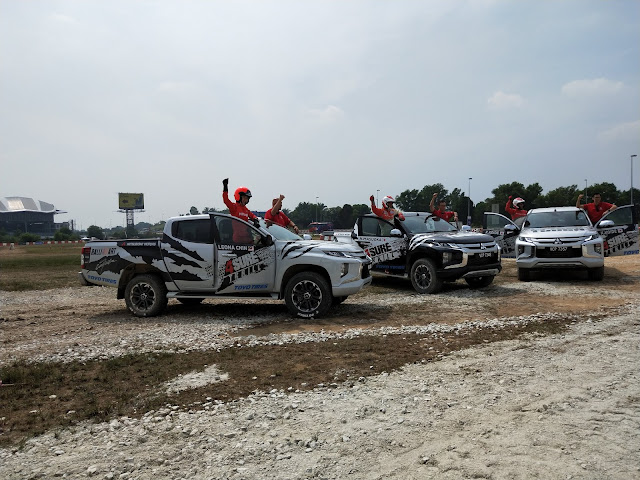 His most notable achievement was his back-to-back successes in the Dakar Rally in 2002 and 2003, only the fourth driver in the event's history to win in consecutive years. He was also victorious in the 2003 Baja Italy and the 2004 UAE Desert Challenge. According to Wikipedia,  he has been employed as a works driver by Mitsubishi throughout his racing career, typically driving a Pajero. The 2009 Dakar Rally was his 21st and final participation in the rally, after which he retired along with Mitsubishi's withdrawal from the event. During his Dakar career, he won 25 stages, putting him fifth in the all-time list for the car category for the Dakar Rally record books.

Anyway, the 2019 Mitsubishi Triton is quite good. It seemed to perform well in the hands of Masuoka San. Even in the flicks and turns on the dusty dirt track specially prepared by MMM, the Triton seemed to handle well. In fact, inside, it seemed calm and composed in the expert hands of Masuoka. This is also years of experience. Of course, tame racing drivers drive impeccably, even in the hands of Mitsubishi Malaysia's ambassador, Leona Chin, the Triton performed very well indeed. Take a look at the video above and see for yourselves.

The 2019 Triton at its Malaysian launch 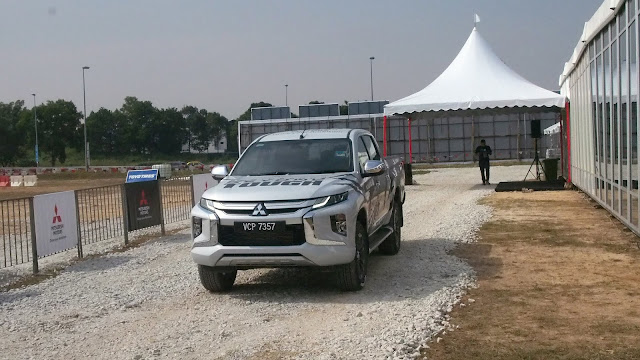 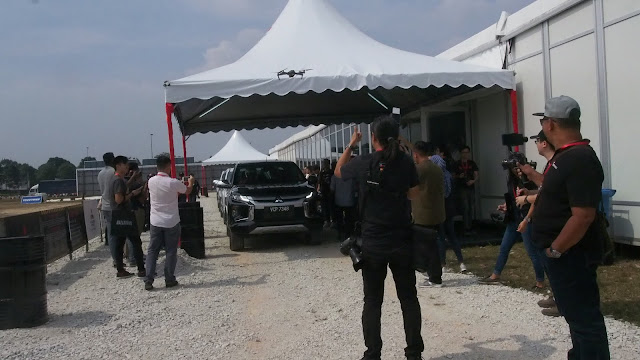 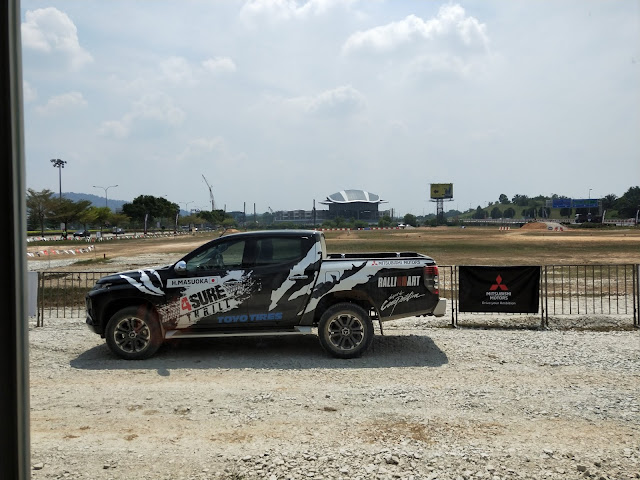