Facelifted PROTON Iriz Unveiled - Will Be Available for Pre-launch Booking - We Also Tried the Iriz 1.6 Out For Some First Impressions Review 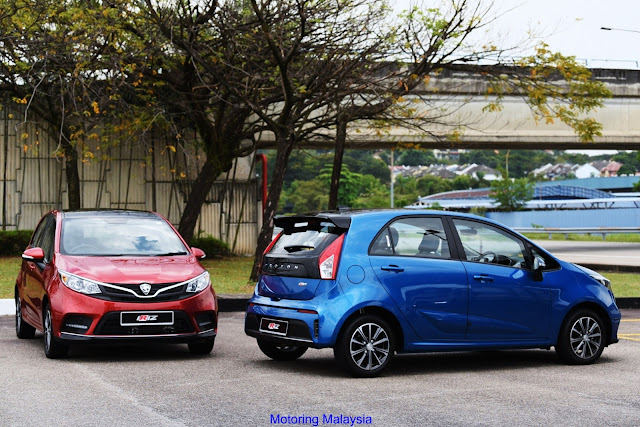 PROTON has unvieled the Facelifted 2019 Proton Iriz to the Malaysian media earlier today. If you have been following our Facebook Page as well as our Instagram Account, you would have already seen photos of it. The facelifted Iriz gets an exterior restyle that adds some of the new styling cues found on their recently launched X70 SUV and it also gets a voice command capable intelligent infotainment system which is similar the one used in the X70. These are the major visible changes with some 367 other changes underneath.  It will be available for booking online and at all Proton showrooms by tomorrow with its official launch sometime in March 2019. 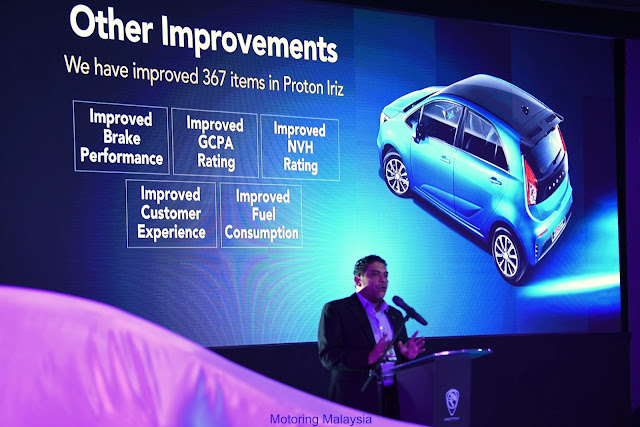 The Proton Iriz hatchback is the first Proton model in the current range to be updated following the announcement of the collaboration with Geely. This is the first of Proton's base models which have been looked at and will be facelifted and upgraded. The models which will be looked at are the Iriz, Persona, Exora and the Saga. These will be the core models that are still selling well and are actually popular among Malaysians. All will be given the latest PROTON styling treatment, with all the current styling cues that you see herein.

The styling of the facelifted 2019 Iriz was done in-house by a team led by the head of PROTON Design, Azlan Othman. He has put his years of experience designing Protons and also leveraged on the expertise of other design centres within the Geely group of companies to create a cohesively styled and attractive new look. From what we have seen over the past year or so, Geely has confidence in Azlan and his team here in Malaysia. It does show in the little touches made with the facelifted Iriz.

During his presentation to the media, Azlan mentioned the use of styling elements to create a visual link with other Proton models. These create a familiar look among the models so that it tells us that this is a Proton. 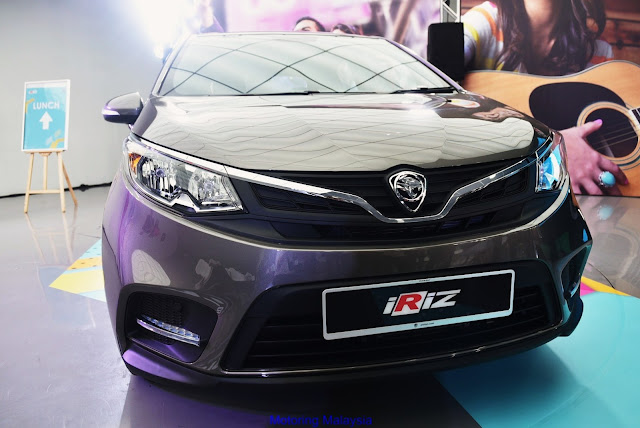 This Iriz gets new slim headlights integrated with a prominent grille garnish. The shape of the chrome bar on the main grille is inspired by the “Ethereal Bow” shaped design. There is still the newly introduced “Infinite Weave” traditional inspired pattern and the Proton logo finished off the top part of the front end facelift . A newly designed front bumper that features a new lower radiator grille which incorporates LED daytime running lamps (DRL).

At the rear, the P R O T O N name is now spelled out across the tailgate garnish in place of the logo which was previously used. The black garnish plate does give an impression that the Iriz is wider. This, and the new rear bumper with trim inserts and bumper stripe add to this visual look.There is also the Iriz badge in a distinctive new typeface, a shark fin antenna and new rotor blade design alloy wheels. 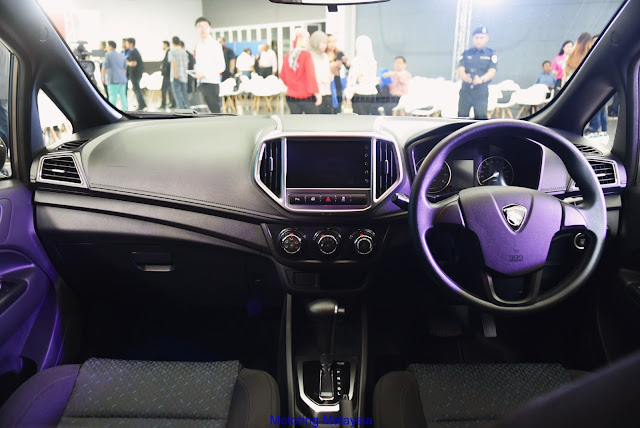 The major change inside is to the infotainment system. The facelifted Iriz is the first B-segment hatchback in Malaysia to feature an intelligent head unit that uses an embedded eSIM card which will offer apps for music streaming, navigation and voice recognition. Access to the apps and other functions is via a full colurs 7-inch touchscreen. It has 16GB of internal memory and is quite similar to the one used on the Proton X70. The infotainment system  also has Wi-Fi connectivity so it can be used as a mobile hotspot or connect to Wi-Fi services that are within range. Full mirroring capabilities with Android smart phones is also offered. You can use the 'Hi Proton' function to change radio stations, online streaming music choices, audio volume and also navigation.

Aside from the infotainment system, the Iriz also sports a darker interior with more almost black plastics and other materials used covering the whole interior including the A-pillars and rooflining which were not blacked out like this one.

Trying out the newly facelifted Proton Iriz 1.6
According to PROTON, their engineers had also changed or improved about 367 parts to make the car better in terms of its fit and finish as well as some NVH reduction. We managed to try out the car at PROTON's test track to see the improvements made. 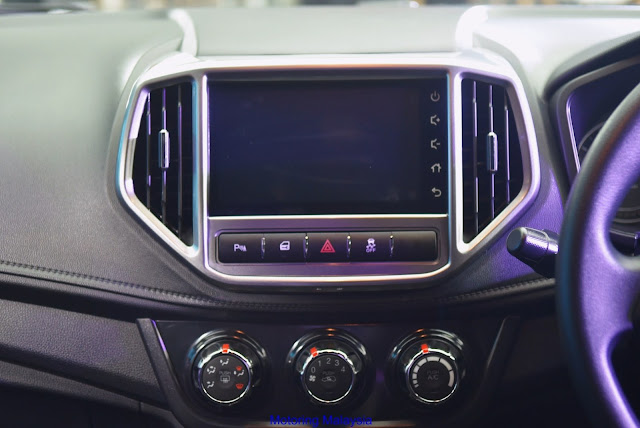 In terms of the infotainment system, it basically worked but it isn't as sophisticated as the one used in the X70. Since this is a lower priced model compared to the X70, the facelifted Iriz can only use the voice command functions for changing radio stations, online streaming music choices, audio volume and also navigation. There is no air-conditioning control via the voice command and no other equipment like the sunroof to open or close too. 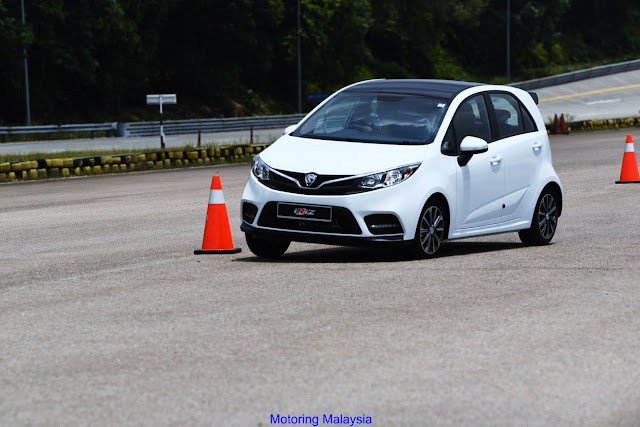 In terms of handling, the car corners just as well as before. We were taken on a taxi ride through a slalom course and it is as stable and maneuverable as before. One thing about Proton cars is that they have always handled well. Even on the high speed banked circuit the Iriz performed well too.

In terms of their claim of better NVH, there could be very little change. It is still coarse at speeds over the 110kmh speed limit. It may be a little quieter according to some who have recently sat in the non-facelifted model. I personally think that there is not much change here. 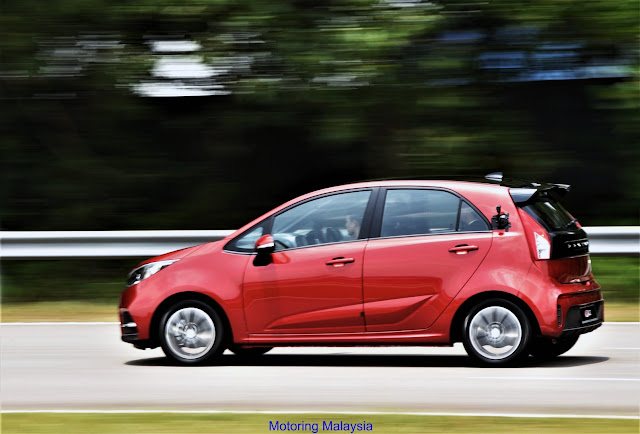 Also on the improvements, PROTON's engineers also claim that braking has been improved by ensuring the parts fitted (most likely pads, discs, pumps, brake caliper mountings) were properly calibrated and made to stricter tollerances than before. One of Geely's changes to PROTON was in terms of quality control at the manufacturing level. So right now, they are stating that the Iriz are being better made compared to before.

One journalist friend says that the rear of the Iriz seems quieter. Slightly, this may be down to better fit and finish of the parts used so most likely the brakes perform better because of this too. But PROTON's engineers also said it is hoped that their vendors and quality control people would be able to maintain this higher level of quality. I HOPE they do.

So is this a major change to the Iriz? No, even according to Dr Li Chunrong, CEO of PROTON. He said that this was a minor change. I would agree as this is a facelift. It isn't a model change. This is because the Iriz isn't facing its end-of-production-life yet. It was only launched in September 2014 and was upgraded in 2017 with better engine mountings. So with cars now soldiering on longer production lifespans, the Iriz will most likely carry on till 2024 from the looks of it (even some European brands now produce a model for about eight to nine years before a change).

PROTON will be holding a ‘flash promotion’ for the 2019 Iriz where interested buyers can make an online booking for only RM9.99. By doing so, PROTON will also reward them with free road tax for a period of two years as a sign of gratitude for booking the Iriz prior to its launch. The promotion starts at 10am on 1 March 2019 and ends at 11.59pm on 11 March 2019.

“By holding a flash promotion, we want to make the 2019 Iriz accessible to more potential buyers. Aside from the low commitment fee, we are also offering convenience as bookings can be placed online. This is however a limited time offer so we would encourage interested parties to book their units as soon as possible,” said Dr Li Chunrong.

The Company will also be holding customer previews at several of its Proton Edar outlets to give members of the public a chance to see the 2019 Iriz up close before its official launch. The first location will be at the Proton Edar 4S centre in Chan Sow Lin, where the preview will be held from 2 – 3 March. 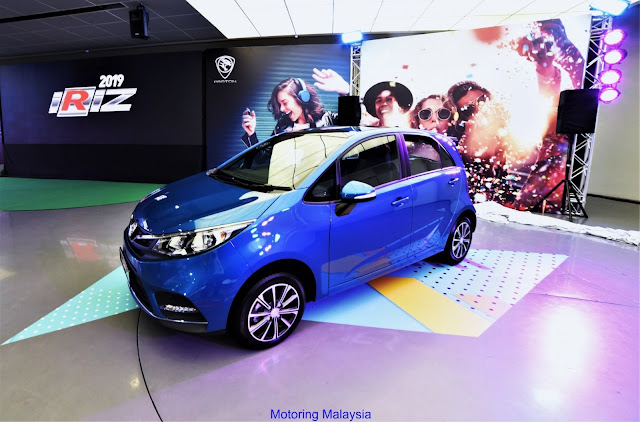 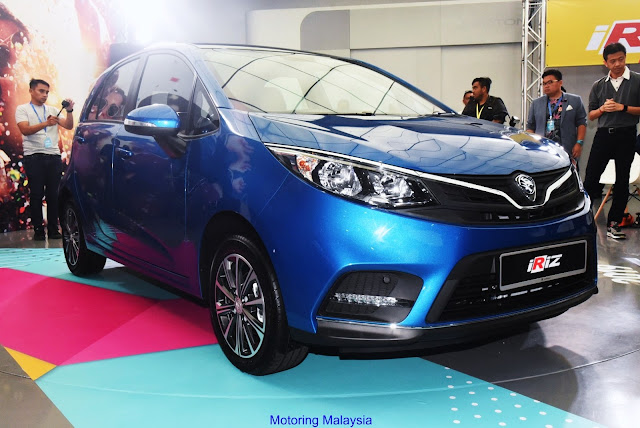 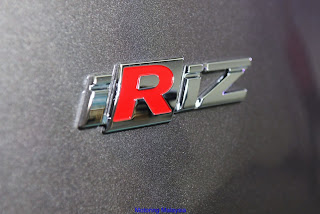 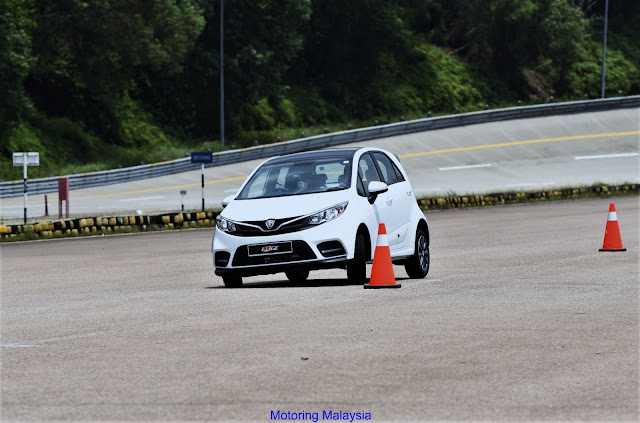 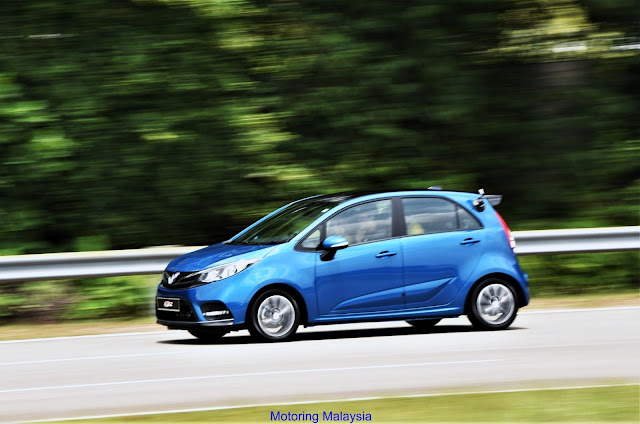 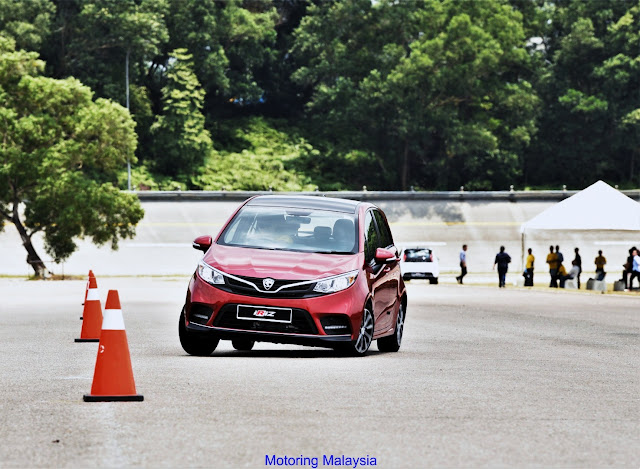 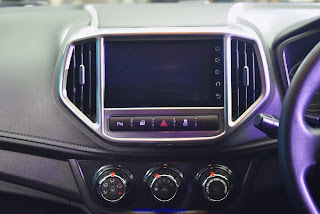 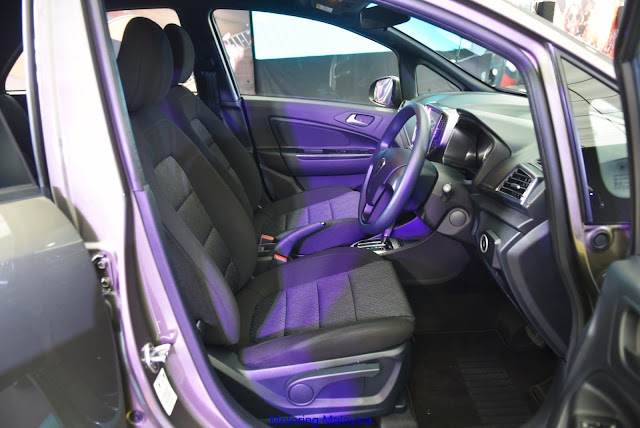