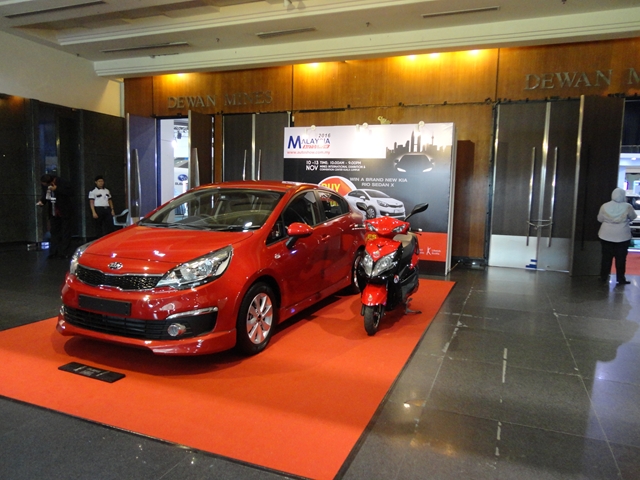 This year's Malaysia Autoshow has started today and will continue till the 13th of November 2016 over at the Mines International Exhibition and Trade Centre in Seri Kembangan. The Malaysia Automotive Institute, a government body under the Ministry of International Trade and Industry (MITI) is the sole oorganiser of the autoshow and it is a showcase of the Malaysian automotive industry as well as the National Automotive Policy 2014, the automakers and other parts of the automotive industry. It is also a place to showcase and create awareness to help turn the country into a regional base for Energy Efficient Vehicle (EEV) production. 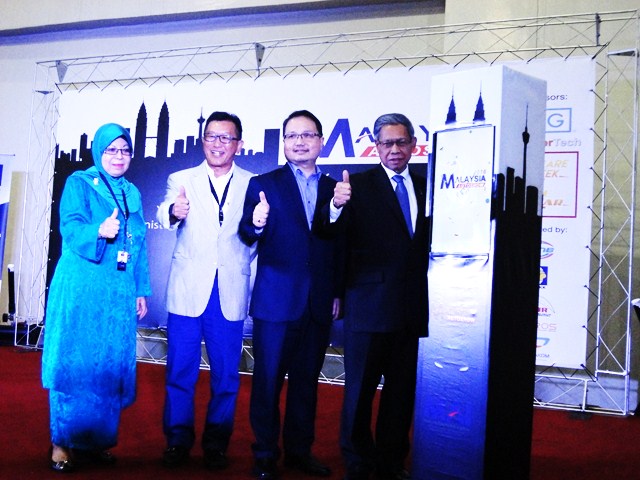 The autoshow is the biggest annual motor show in Malaysia with launches by car manufacturers and distributors of cars, bike, trucks and aftermarket dealers. This year 150 exhibitors have participated. Most main brands were present - Chevrolet, Mazda, Proton, Perodua, Mercedes-Benz, Toyota, Subaru, Kia, Citroen, Peugeot, Nissan, Honda, Hyundai, Jeep & Volvo. Mercedes-Benz and Volvo have brought out their plug-in hybrids to be tested by those who are interested, the Mercedes-Benz C350e and the Volvo XC90. Both are amazing cars that are actually performance bargains if one could afford them.

It is safe to say that the brands that have an entry to this year's MAI Car of the Year awards were present. Notable absentees were BMW, Audi, Volkswagen, Renault, Haval and Ford. This year also marks the participation of Beijing Auto International Cooperation  or BAIC who unveiled the first electric vehicle made in Malaysia under a joint venture arrangement with local partners Amber Dual Sdn Bhd.

The autoshow is a sales based event with cars, bikes, accessories and food for everyone. There are test drive units outside the exhibition hall and one can get good deals or offers on cars and other products offered. There are about RM200,000 worth of prizes to be won with a Kia Rio 1.4 X Sedan up for grabs as the grand prize. There are also three Treeletrik T-70 Electric bikes to be won too. Entrance is a low RM10.00. 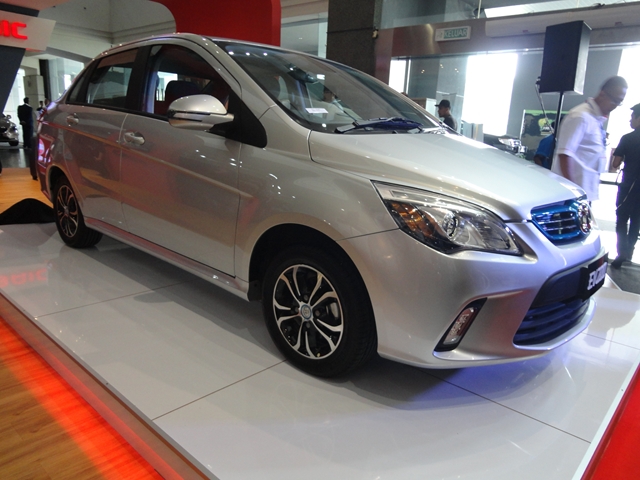 The BAIC EV200 is a fully electric vehicle based on the BAIC D20 hatchback and sedan variant. It has a range of 200km and a top speed of 125kmh. Fully electric and it has two charging ports - one a fast charger located up front behind the front grille logo and a normal charger where the fuel filler cap is supposed to be. The EV200 is the first right hand drive EV produced by BAIC and is the first EV to be made/assembled here (in Gurun, Kedah). It is currently being homologated for local production with road tests being carried out. 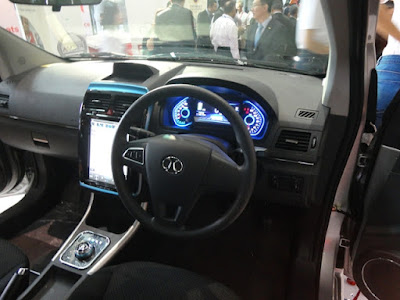 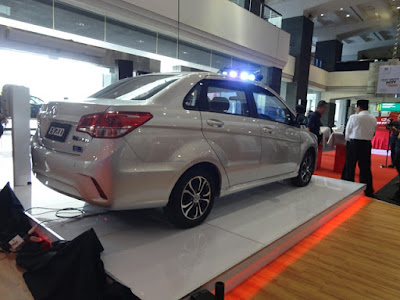 The small batch of vehicles assembled will undergo testing and the first target market for the car would be for the hire car market and for limited range markets like for strictly urban use or for an island. Build quality for the show car isn't that up to scratch as yet (panel gaps are huge for a modern car) and the battery pack sits under the floor (beneath the front seats to the rear floor) making the area for your feet and legs slightly awkward. Whilst the location is good for safety, people who are of average height would find it a bit uncomfortable due to the low cushion and the high floor. Needs some extra packaging work. The outside looks very Toyota-like and the inside too. Plastics are entry level hard stuff of course, as it is a B-segment car. 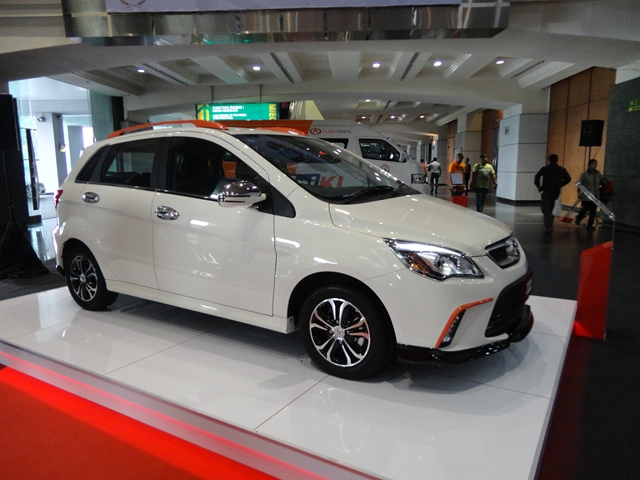 BAIC and local partners Amber Dual also unveiled their EEV ready D20 hatchback (above). This 1.5liter 5 door hatch is a B segment hatch that looks like a shrunken Mercedes-Benz B class hatchback. I suppose this is because Mercedes is a partner in BAIC and the D20 is based on the Smart ForFour platform. And being a China manufacturer, they are the kings at making copies. The interior is like a Toyota derivative and looks decent enough. Hopefully with the EEV incentive the price will be under RM55,000 (like the other China car, Haval M4). Amber Dual hope to launch the car officially by the first quarter of 2017 and are targeting sales of up to 500 units per month. The company also states that they have been given the rights to assemble and market all right hand drive models especially in the ASEAN region. 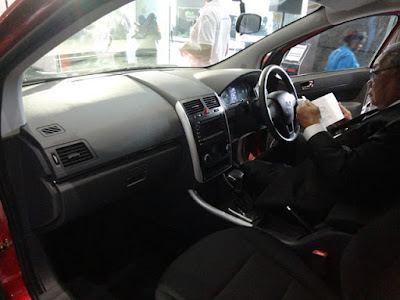 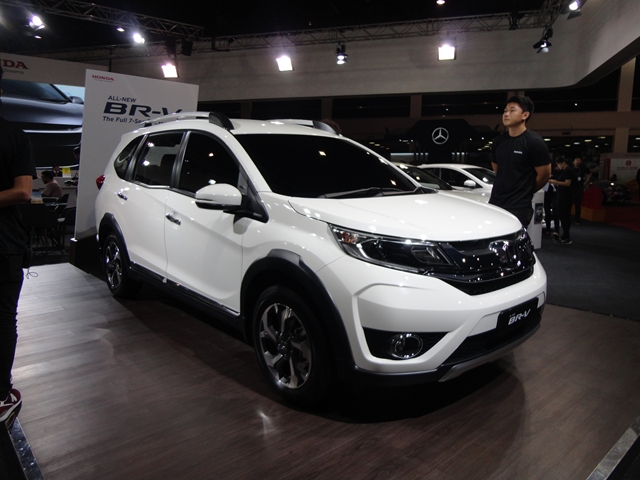 Honda Malaysia has displayed the BRV 7 Seater SUV ahead of its launch. BRV stands for Bold Runabout Vehicle and actually sits below the HRV in Honda hirearchy. It should as it only has a 1.5liter i-VTEC engine powering it even though it is supposed to carry 7 people. It actually looks like a HRV with a larger behind. It has 539liters of boot space, multiple seating arrangements, rear airconditioning, rear view camera to name a few. The launch should be pretty soon. Much like how the Civic was shown at the previous MAA autofest which Honda used to preview that car prior to its official launch. It really does look like an HRV with a bigger behind. If one were to give some graphic description, the HRV is like Chloe Kardashian whilst the BRV is Kim Kardashian since it has a bigger behind. Of course, Chloe has the bigger lungs being a 1.8 and can run faster. This is definitely going to be priced lower and take on Toyota's Avanza (which is based on ancient technology). It could even give local 7 seater MPV/SUVs a run for their money! So stay tuned. 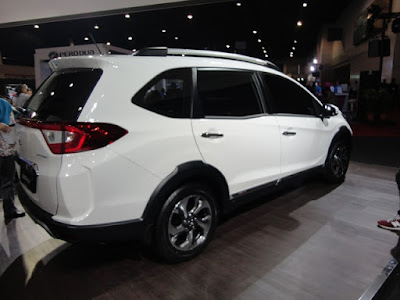 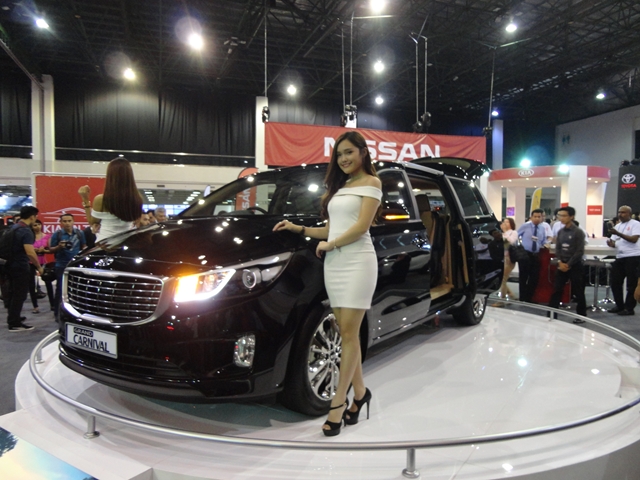 KIA has also come up with a surprise by unveiling the all-new Kia Carnival. It is now the Grand Carnival actually. It should be launched sometime in the first half of 2017 once everything is firmed up. The MPV looks very good and comes with the 2.2liter 193ps 440Nm of yummy torque turbodiesel engine that you find in the Kia Sorento. All coupled to a 6 speed torque convertor automatic transmission which should be smooth and efficient enough to have fun in. 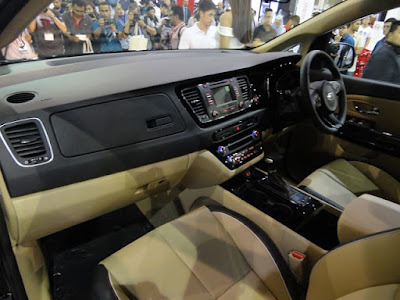 The interior looks and feels top notch. Grand enough to be called a Grand Carnival, and if they price it right especially with the specifications that most Kia cars come with these days, it could be something that is sorely lacking these days - a MPV with decent amount of go (that 2.2 diesel should hustle) and looks to boot. The Grand Carnival is actually open for bookings which basically means that the launch is in the first few months of 2017. This isn't like the Carnival of old. A very much better designed car in many ways, from the proven 2.2liter torquey engine to the way the interior is styled and the specification of the MPV. 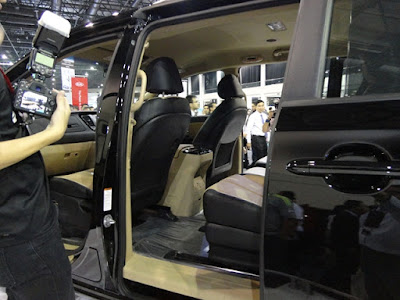 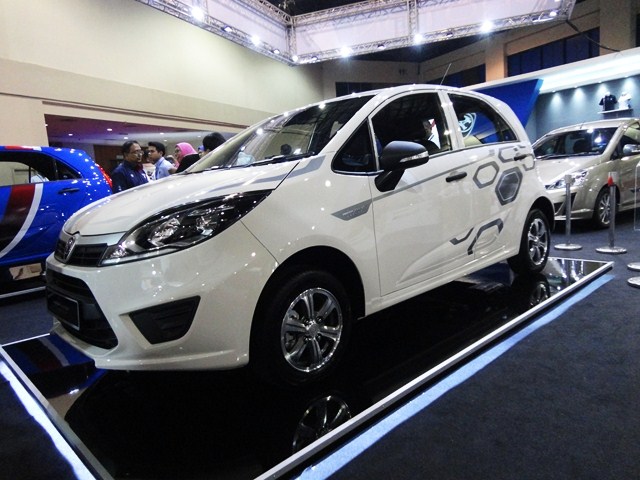 National car company Proton has unveiled the PROTON Design Series Iriz. The Limited Edition Iriz comes in 2 variants, the Iriz 1.3 standard CVT and the Iriz 1.3 Executive CVT with Honeycomb or The Stripe decals. The Honeycomb decals are found on the Graphite Grey and Cotton White coloured cars and the Stripe decals on the Fire Red and Atlantic Blue coloured cars. Only 2,000 units of the Limited Ed. Iriz will be available with prices starting from RM44,450 to RM49,130 for Peninsular Malaysia. 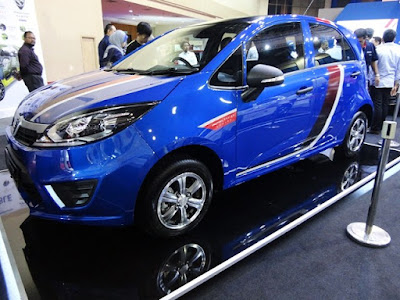 Do note that these cars are just dressed up Iriz with some stickers and they have the same list price as the normal Iriz. I suppose this is okay if you want your new Iriz to have stickers at no extra cost. I prefer the Honeycomb over the Stripes. But that being said, they're merely stickers. What's more important is that Proton is offering up to RM8,000 for selected Proton vehicles in November.

Other scenes from the Malaysia Autoshow 2016 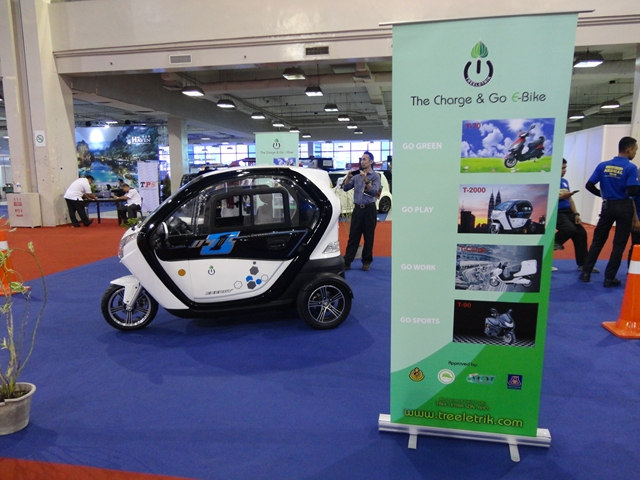 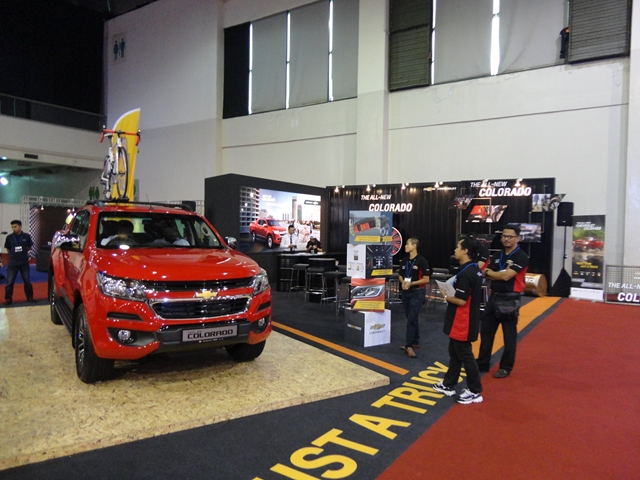 Chevrolet brought in the newly facelifted and enhanced Colorado 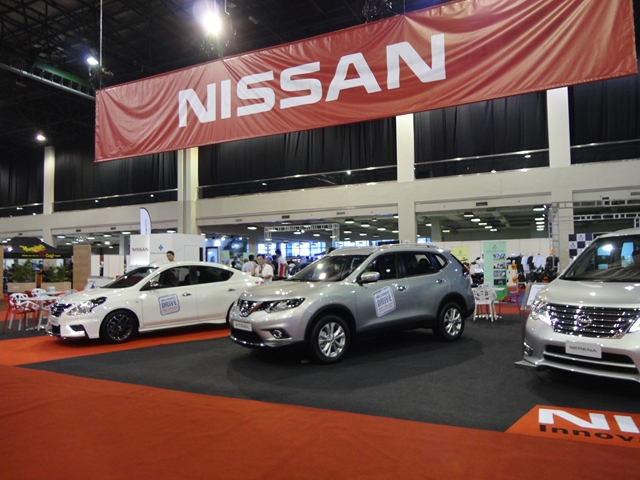 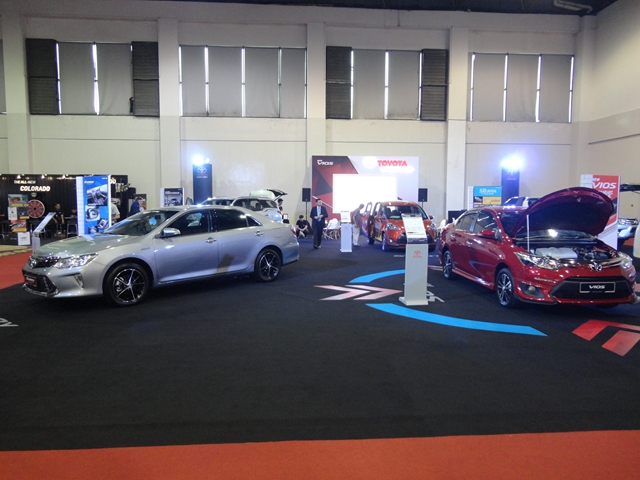 TOYOTA HAD A SPACIOUS DISPLAY 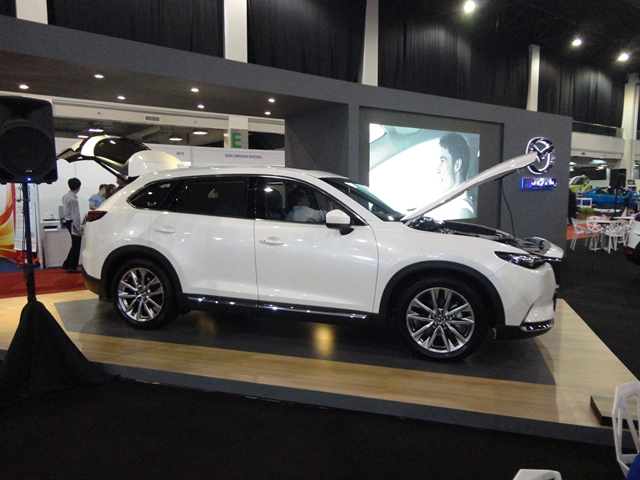 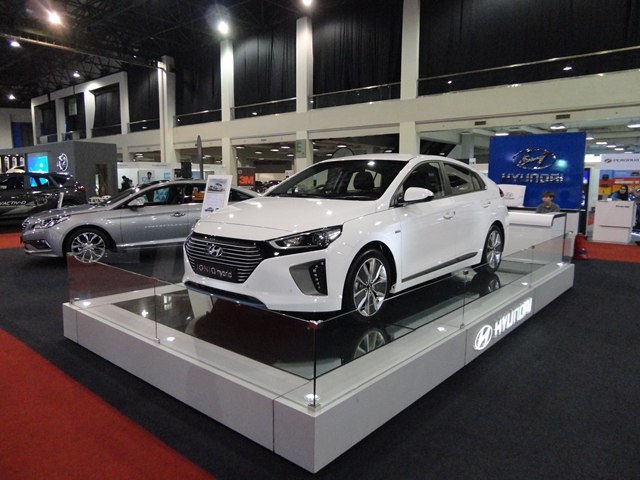 The soon to be launched Hyundai IONIQ Hybrid 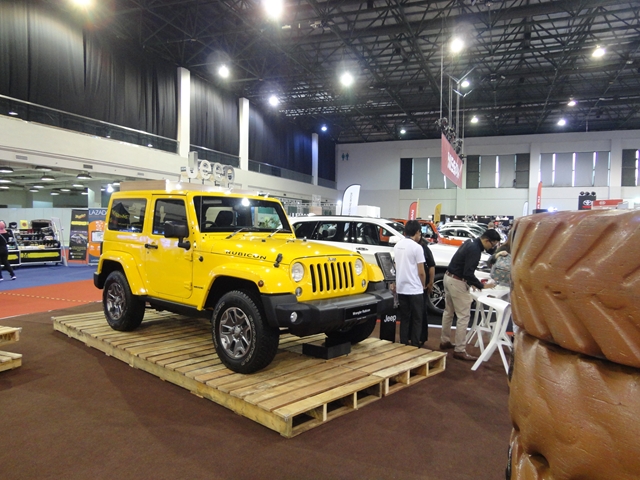 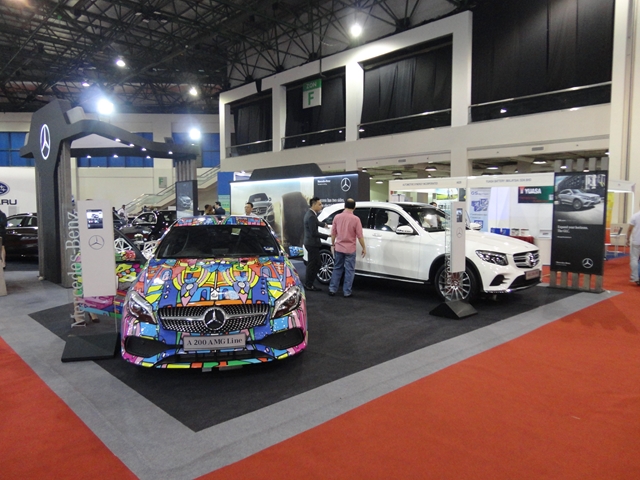 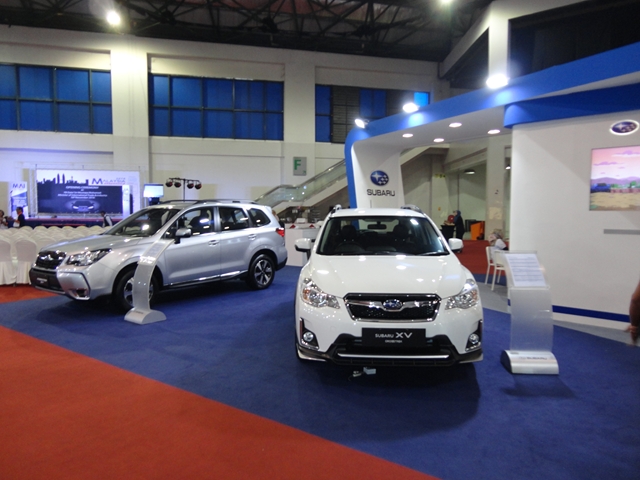