PROTON Sells 9,503 Units in October 2019 - Solidifying their Position as a Strong Number #2 in Terms of Overall Sales 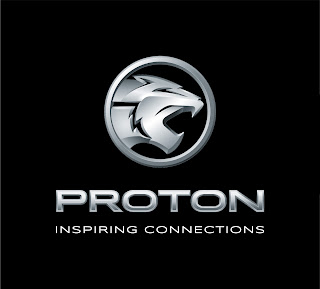 Proton, the favourite Malaysian car company, especially when it comes to most Malaysian coffeeshop discussion has continued its upward trend in terms of sales numbers. They have reported that they have managed to sell 9,503 vehicles in the month of October 2019. Currently, their year to date total sales are 79,833 units which includes domestic and export sales. This is a 46% growth given that the Total Industry Volume has shrunk by 1.3%. Proton cars now have a market share of 16%
.

With these good numbers, Proton cars have strengthened their hold on the number two position in terms of sales (behind Perodua) and have beat the crap out of the previous number two - Honda. This from a company that all coffeeshop automotive analysts say was a 'has-been'. Not anymore in terms of sales.

It all boils down to the market's acceptance of the Proton X70 SUV. According to Proton, over 24,000 units of the popular C-Segment SUV have been delivered to customers so far. It has been the top selling SUV in Malaysian over the past 10 months. Of course, this is quite a feat as while we have heard that there are some who are waiting for the upcoming X70 in locally assembled (and slightly facelifted) form, it still is moving in decent numbers to keep its top selling SUV position in the country.

But in terms of Proton's other cars on sale, it is the newly facelited Proton Saga that is popular. The facelifted Saga had recently achieved a 51-month sales high with over 28,000 bookings received so far. The newSaga even posted its highest ever sales figure for over the past four years, where 4,273
units were sold last month. This brings a total is 30,331 units of Saga sold in 2019 (to date), which is a 26% increase over 2018 in the same period.

Other models like the refreshed Proton Exora as well as the facelited Proton Iriz and Persona have also shown an increase in sales. Proton has reported that the total volume from the three models has increased by 21% thus far this year. .

“We are humbled by the response our products have received from Malaysian car buyers. In the space of just eight months we launched our first SUV and updated all our other models, giving PROTON the youngest model range for any car brand in Malaysia. The hard work has paid off with increased sales and we are now confident of being able to sell 100,000 units this year, providing us with a solid base to move forward in 2020 and beyond,” said Dr Li Chunrong, Chief Executive Officer of PROTON.

Of course, these are still trying times for the brand. They are still not done yet as the locally assembled variant of the X70 SUV will be launched by the end of this year and next year will see the launch of a smaller SUV (most likely) and we may even see a replacement of the government special Proton Perdana. Why do I say so? Well, the Malaysian government would need a replacement for the D-segment sedan which would be used by high ranking government officials. With the discontiuation of the Honda Accord based Perdana, I have heard that the government is indeed looking at alternatives.

Of course, this is currently somewhat of a speculation for the moment. But from what I have heard from friends in the government sector, even they are curious of what their next government ride will be next after their current batch of Accordana leasing arrangement with SPANCO runs out.
Posted by Rigval Reza at Wednesday, November 06, 2019