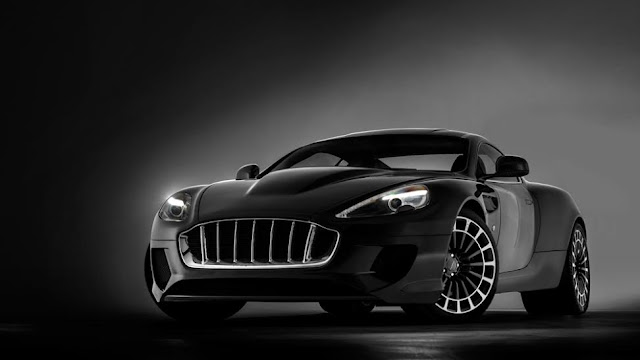 Kahn Design has revealed their coachbuilt or bespoke rebuild of an Aston Martin DB9 called the Vengeance over at the 2016 Geneva Motor Show recently. It harks back to the days where coachbuilders take a chassis of a car, then outfit and rebody it with whatever they or their clients fancy. 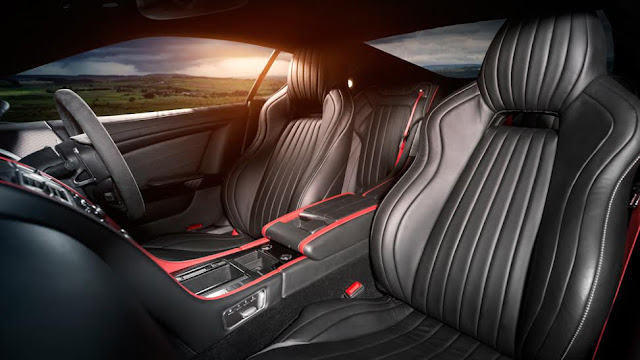 So the Kahn Design Vengeance takes the now outgoing Aston Martin DB9 chassis, throws in a redesigned front and rear end, wide arches front and rear and super wide 335 series rear tyres to fill out those large rear arches. The DB9 based Vengeance now looks like the original Vanquish from the early 2000s. But with a larger hump on the bonnet which pays homage to another Aston, the V8 Vantage from the 1980s. The rear and the wheels somehow pays homage to a Zagato Ferrari design. Zagato is an old coachbuilder from Italy. 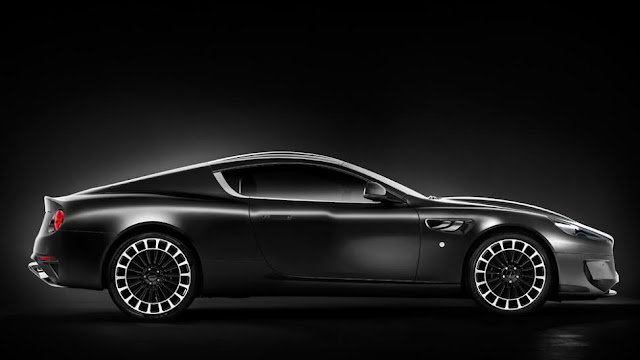 So there is a lot of ideas here in this basically hand built luxury coupe. And it seems that Aston Martin are actually quite okay with it if you read from the press release below.

Geneva Motor Show gets an Aston Martin DB11 and a coachbuilt DB9 that now looks like a classic Aston Martin Vanquish and a Zagato Ferrari. Nice. 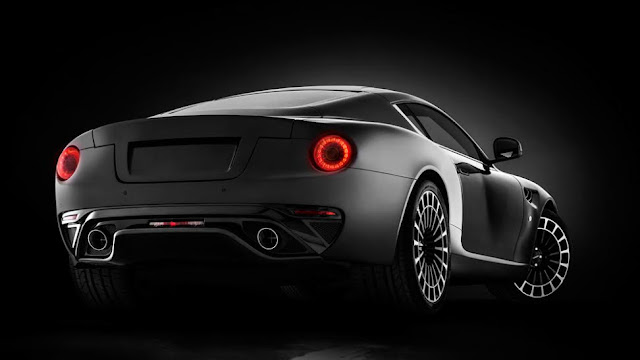 
The 2016 Geneva Motor Show will see the long awaited launch of the Kahn Vengeance, a new coach built two-door coupe which represents a stunning synthesis of modern engineering and classic streamlined design.

Inspired by the Aston Martin designs of the 1980s and 90s, the Vengeance is the conclusion of British designer Afzal Kahn’s lifelong pursuit to design the car he has always wanted to drive.

Designed to hark back to the glory days of British coach building, the hand built Vengeance is a coachbuilt two door coupe based on a new Aston Martin DB9 chassis.
Face on, the redesigned front bumper and wide spaced grille give the Vengeance an aggressive look, framed by widened front wings which merge seamlessly into the doors.

The signature central bulge of the bonnet continues to the highly defined lines of the roof, which flow outwards to the widened C-pillars and rear wings, lending a muscular definition to the car’s surfaces.

The chrome roof halo curves around the large rear window to the reshaped rear where a redesigned bumper assembly houses a purpose designed crosshair exhaust system and rear lighting.

The lightweight sculpted wheels are a perfectly balanced modern take on a retro style. The multi spoke design and inner rim takes inspiration from the classic roulette wheel, with a two tone finish juxtaposing the central section in body colour with the diamond cut outer section.

The number of spokes increases from sixteen at the front to eighteen at the rear, lending extra visual weight to complement the augmented rear wings. This bias is reinforced by the varied width of the tyres, 225 at the front, increasing to an extreme 335 at the rear.

Mr. Kahn believes this is coach building in its traditional sense - taking a tried and tested product and working solely on the aesthetic.

"The feedback we have received so far from media colleagues, customers and fans thus far has been phenomenal. Everybody I’ve spoken to wants to see the Vengeance up close and get behind the wheel," said Afzal Kahn.

"I have worked in the industry my whole career, and I want to leave a legacy which I can be proud of. The 2016 Geneva Motor Show is the ideal platform to launch such a hand crafted vehicle."

Aston Martin Purchasing Director, Gary Archer said "I am delighted to see Kahn Design at the Geneva Motor Show. There is a long and rich history of specialist coach-built Aston Martins, and we wish Kahn every success with the Vengeance."

With the price of hand built sports cars rising, the Vengeance is likely to prove a sound investment, and is expected to represent extremely good value for a limited edition coach built car.

The Kahn Vengeance will be on display at the Geneva show, Stand 6338 for the duration of the 2016 Geneva Motor Show.
Posted by Rigval Reza at Thursday, March 03, 2016