Short Test Drive: 2015 Proton Perdana 2.0 - I get to try out this Civil Service only model and more thoughts on the upcoming model 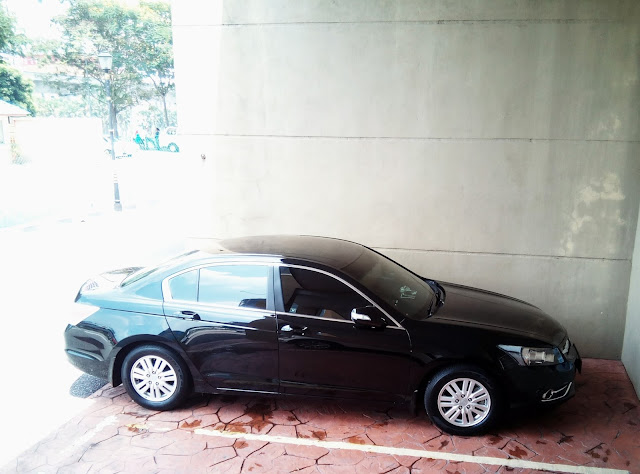 Lunch today was memorable. It was memorable because the food was good as was the company. I also managed to try out a 2015 Proton Perdana 2.0P. Most of you readers out there would know this second generation Proton Perdana as the badge engineered 8th generation Honda Accord and one that is exclusively used by the Malaysian Civil Service, Government officials including Ministers and senior management of DRB-Hicom and Proton.

This Proton Perdana is/was part of a development program undertaken by Proton and Honda. It started in 2013, right after Honda phased out production of this Accord globally (therefore, unlike the Inspira which was produced concurrently with the Lancer, this Perdana does not have an Accord being sold at the same time). This Perdana was first previewed at the end of 2013 and it is the first phase of the program between the two companies mentioned above. It is essentially a rebadged eight generation Accord and the car was a short-term solution to replace the ancient by 2013,  Perdana V6 still in use by the Government of Malaysia. It will never be sold to the public and by now, production would have ceased as the initial run of 3,000-4,000 cars have been delivered to the government. The only chance that you can buy this rebadged Accord is when the government decides to replace them and sells them off.

All of us will however get a chance to buy the totally revamped Perdana phase two, which is more than a rebadge as it is a major redesign in terms of looks - the front gets a different wraparound front end and a totally reworked C-pillar rearwards styling. And a new dashboard like the ninth generation Accord in some ways with its double screen infotainment system setup. Not like this car.

So how does this government special drive? 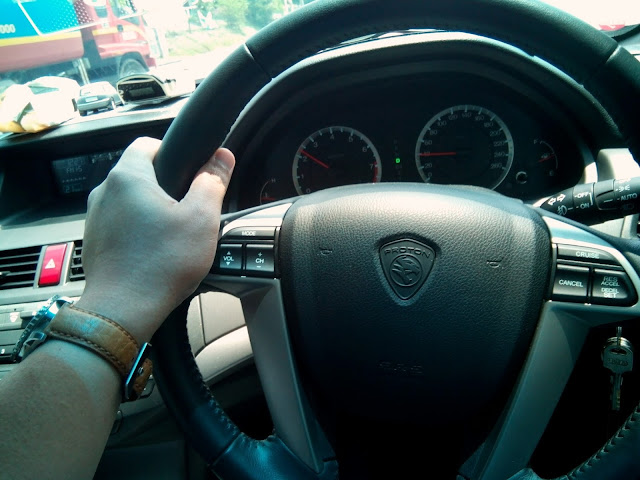 Exactly like the original eight generation Accord actually. There is no difference. Proton did not do anything to the car other change change bumpers front and rear, change the grille and the steering boss that now has a Proton tiger instead of a Honda 'H'. The 2.0liter engine, transmission and suspension is the same as the 2.0liter Accord.

This is a car that Honda had basically locked its specs sometime in 2007 and it shows. Whilst the interior plastics are soft touch and is still acceptable for the D segment standard in 2016, the ninth generation Accord have moved things up a notch (more soft touch plastics, better materials used).  The forthcoming Perdana will get a hybrid dashboard with the twin screens of the current Accord, something unique offered instead of this total Honda dashboard thingy here.

Everything inside is the Accord aside from the steering boss with the Proton logo. As a passenger in it, I feel it is exactly like my business partner's eighth generation Honda Accord 2.0VTi . The road noise levels are the same and when you drive it...it is the same car from Honda obviously. Right down to the balloon-like 16 inch wheels.

It isn't that good if you want to experience some driving pleasure. This Accord, I mean Perdana feels like a boat. The steering, is super light and is devoid of any steering feel. Turn into a corner it lurches as you cannot actually feel what you are doing. I think that whilst the car has little body roll and overall chassis control is decent with good straight line stability, the lack of feel in the steering and a slightly too quick steering ratio makes driving this a little disappointing. The turn in is too quick for something that is devoid of feel and weight. You have to scale back on the angle you need to use in a corner and due to this lack of feel, it takes more time to adjust to the car. You at least need some weighting to make it feel decent. And lessen the steering ratio too.

As an executive transport it will do very well albeit a slightly firmed up ride - a little too firm for its own good even on this smallish 205/60/16 tyre setup. As a driver's car. Nope. It all boils down to the steering...too light and totally souless for its own good.

As for the performance, it is leisurely at best. My friend actually liked his government issued Proton Inspira 2.0 better. "That handled like a proper sporty sedan and the power in the Inspira was better too". This was exactly his words. What would you expect when this car weighs over 1,500kg compared to the 1,400kg Inspira. An extra adult male slows things down a bit.

The 2.0liter Honda derived engine should make the same 156 Honda horses as before and the same 196Nm torque too. That 5 speed gearbox is adequate and changes gears pretty smoothly. But it isn't a bruiser. You need at least the 2.4liter engine to make this car hustle. This is something that government servants take to work and back, or from meeting to meeting and nothing more. So as a senior manager's car with all the bells and whistles (good equipment levels and D segment standard in refinement - nothing in the really premium category mind you), this Perdana is okay if you do not mind driving a soulless car.

Actually I wouldn't actually mind if this car were free. Lack of soul and all. It is still a dependable piece of Japanese technology and the government servants get to drive a decent D segment car that is essentially a Honda. But if I had to pay for it...well...let's just say it s a good thing Proton isn't selling this model but actually making it into something which is actually better.

So would the upcoming Perdana be better than this rebadged version?

Yes. Well, we have no choice actually, as this version isn't on sale. But, why so?

Now I remember chatting up to the folk at Proton about the upcoming Perdana phase two model. As you know from above and from my previous write up on it that Proton had worked hard on its styling and interior upgrades. It is this additional styling which would make the upcoming Perdana something to look forward to. It looks so much better than this model or the original car before this.

However, the engine and drivetrain will still be the same as this Perdana/Accord - a 2.0liter or a 2.4liter Honda engine coupled to a 5 speed automatic transmission driving the front wheels. And the steering rack and suspension should be the same as this car. This would mean that it would still drive like this car in some ways BUT with the exception of the 17inch wheels I saw on the 2.4liter car. I hope Proton fits 17inches wheels and tyres to both 2.0 and 2.4 models in order to tighten up the handling a little and especially to add a little weight to the overly light steering. If they do so then the upcoming Perdana would be slightly better than this but it could be at the expense of a little ride comfort in this already firm (aka sporty) suspension setup.

Proton has mentioned that any additional work on the ride and handling would come in tandem with the change of powertrain and drivetrain - when Proton uses its new GDi 2.0liter petrol engines for the car. The suspension would be revised then to suit the new engine weight (most probably a lighter more modern engine). Maybe then will the Perdana really come into light when this happens sometime around 2018 at the very least.

So I have to say that it is a very good thing we, the general public is not getting this version as a brand new car. If you really want this government special version you could just go out and buy a second hand eighth gen Accord. It is essentially 100% the same car.

Personally I'd wait for this new one. 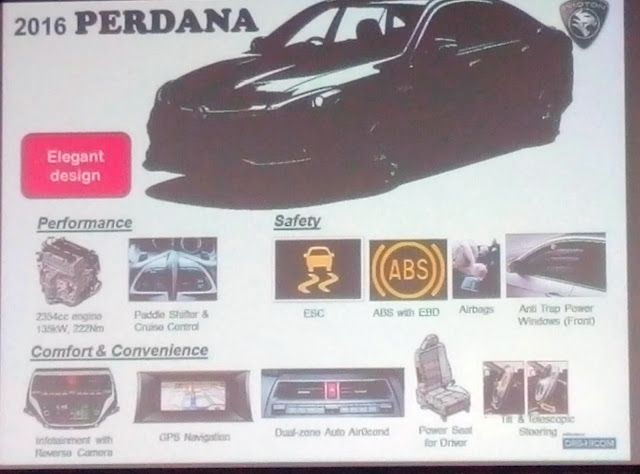