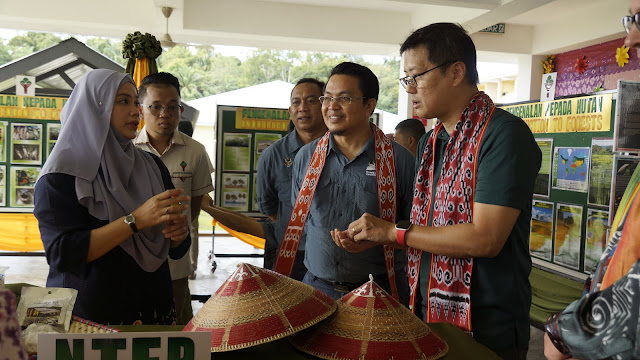 Scania Malaysia via its Master Sustainability fund has contributed to the first Sustainability Gallery at Sekolah Kebangsaan (National School) Nanga Ajau in Betong, Sarawak. This shows Scania Malaysia’s commitment towards inculcating all walks of life, especially the students of the school, the importance of sustainability for the betterment of our future. 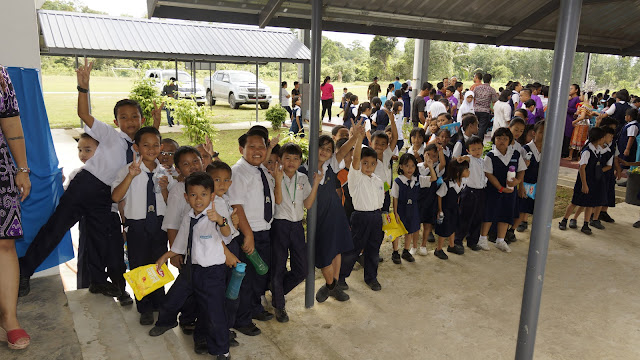 The Sustainability Gallery is the continuation of the school’s effort to develope and inculcate a mindset of sustainability among the students. These are part of the objectives of Scania's Master Sustainability fund and a reason why Sekolah Nanga Ajau has been chosen by Scania Malaysia for the fund's contribution. The school has placed sustainability high on their agenda for many years with their most prominent campaign to date being maintaining the school as zero rubbish zone.

So what is Sekolah Nanga Ajau's new Sustainability Gallery feature? Well, it features several sections including one on how to preserve the forest and its habitat, on recycling, and a section on sustainable living. Students and teachers of the school as well as parents, the Sarawak Biodiversity Centre, the International College of Advance Technology Sarawak, and the Forest Department of Sarawak had also contributed to the contents of the gallery, and will continue to refresh the content to ensure that it remains relevant and updated. Aside from that, the Betong community themselves came forward and planted a green botanical garden as part of the open and also roofed parts of Gallery. 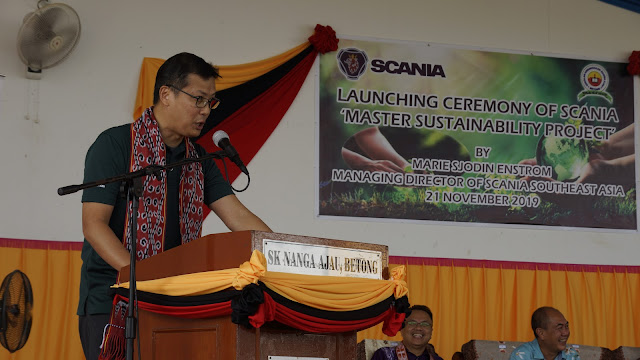 Scania Southeast Asia’s Business Development Director Ian Tan (photo above) had launched the Sustainability Gallery with the school’s Headmaster, Fadreen Jingan Anak Beriak in the presence of the entire student body and teachers.

“The people of Sarawak draw their inspiration, sustenance and power from nature for many generations. For the natural resources to continue to nourish the people, the future generations must be prepared to lead and continue a sustainable way of life, also to spread the knowledge everywhere. The Sustainability Gallery in Sekolah Kebangsaan Nanga Ajau serves to do that, especially being a rural school in the heart of where flora and fauna strives,” mentioned Ian during the launch ceremony. 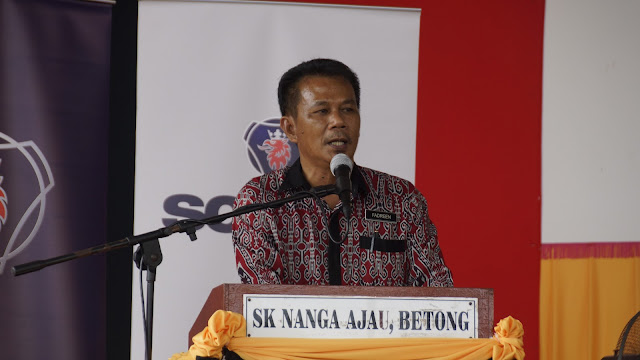 “Having the sustainability gallery is the first step towards having a more proactive and permanent education tool on sustainability at our school. I am very thankful for Scania’s support as it provided us with a platform to conduct activities and create further awareness on the importance of sustainability,” said Fadreen, Headmaster of SK Nanga Ajau (above).

First opened in 1947, Sekolah Kebangsaan Nanga Ajau itself has an interesting history. It was first opened in 1947, just after the Second World War and a good many years since Sarawak became part of Malaysia (1963). The school was initially built using timber donated by nearby longhouse residents as well as the assistance of the District Council and back then, it was only accessible only through the river. These days, the school is easily accessible by road and has a five-block dormitory (to students that live deep in the jungles of the region still have access to education and a place to stay while doing so). It also enjoys electricity 24 hours a day and treated water supply to cater for the 250 students and 30 staff. 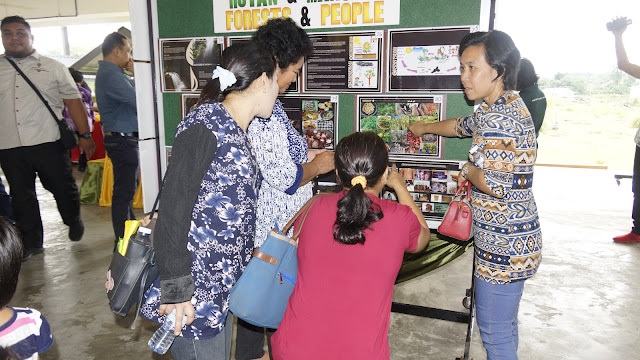 Now that the school has such a gallery, it intends to organise activities such as a sustainability contest with other schools in the near future as part of their efforts to spread the importance of preserving the environmental message and sustainability among the greater Sarawak community.

“Sustainability continues to be at the heart of Scania’s operations and as a responsible business, we will continue to nurture the younger generation so they can grow to become future sustainability leaders,” added Ian.

The “Master Sustainability By Scania” Fund by Scania Malaysia is sustained by a portion of the company’s vehicle sales revenue. It is an ongoing programme and schools in Malaysia are invited to submit their sustainability project and / or activity ideas by emailing Scania Malaysia at smyenquries@scania.com.

Hopefully more schools will have their own initiative and initiate such a gallery on their own. Sustainability is an important aspect to teach our youth as without it, they will be left with nothing. While Scania can assist some of the schools, it should be taught and promoted regardless of their fund.
Posted by Rigval Reza at Tuesday, December 03, 2019