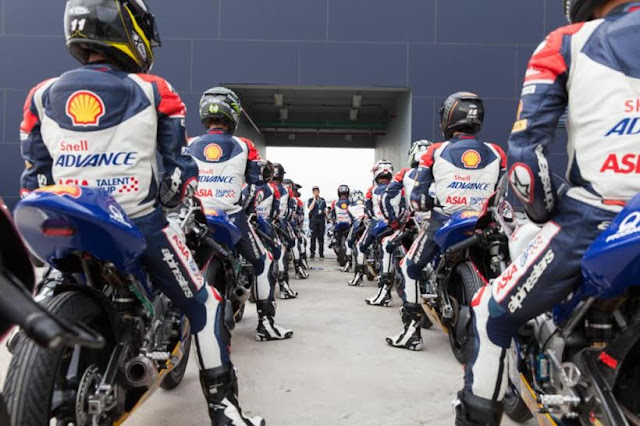 Not really into motorcycles, but I've decided to run this piece in order to help out Shell in finding new talents for the upcoming 2016 Shell Advance Asia Talent Cup. 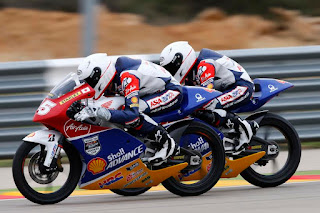 Riders from Asia, Australia and New Zealand are eligible to apply during the enrolment period from July 1 to August 15, 2015.

The 2016 pre-selection event will be held at the Sepang International Circuit from October 20 and 21, 2015, before this year’s Shell Malaysia Malaysian MotoGP™. Successful applicants will be involved in one of the most exciting motorcycle race series in the world, which will be entering into its third season in 2016.

Launched in 2014, SAATC is designed to help bring through and develop the best young riding talents in the region, and act as a feeder series to the world of motorcycle racing. It aims to give riders from Asia, Australia and New Zealand a formal path into competitive road racing, to help further their careers and skills.

SAATC is run by Dorna Sports, the organisers of the MotoGP™ World Championship, the eni FIM Superbike World Championship and the FIM CEV Repsol; and co-organiser of the MotoGP Red Bull Rookies Cup. It is co-managed by successful talent scout Alberto Puig who was responsible for nurturing such talents as Casey Stoner and Dani Pedrosa and leader of the acclaimed MotoGP™ Academy.

Dorna CEO Carmelo Ezpeleta commented: “We are delighted to be launching the third edition of the Cup, a project designed to identify and develop the best young Asian talent, and make the sport more accessible to future riders. Already we have seen how positive the impact of the Cup has been over its first two seasons, and thanks to the support from Shell and other sponsors, we believe that soon it will bear fruit on the World Championship stage. You just have to look at the competitiveness of the racing to see that we are working in the right direction.”

Andrew Hepher, Shell GM Marketing B2C, added: “Shell is at the forefront of innovation for lubricants in premier international motorcycle sport. By introducing new developments such as Shell Advance Ultra with PurePlus Technology – as used in the Asia Talent Cup - we are providing riders with the most technologically advanced engine lubricants, giving them the best tools to turn their potential into performance.

The Shell Advance Asia Talent Cup shares this philosophy, seeking to develop, train and educate young riders from the rich talent pool that exists in Asia, giving them the best chance at the start of their racing careers to unlock their potential. Shell Advance is extremely proud of its commitment to this programme as it now enters the third season recruitment drive and continues the search to find the next talented crop of young riders and potential future world champions.”