Volkswagen Malaysia celebrates the 40th anniversary of the Volkswagen Polo 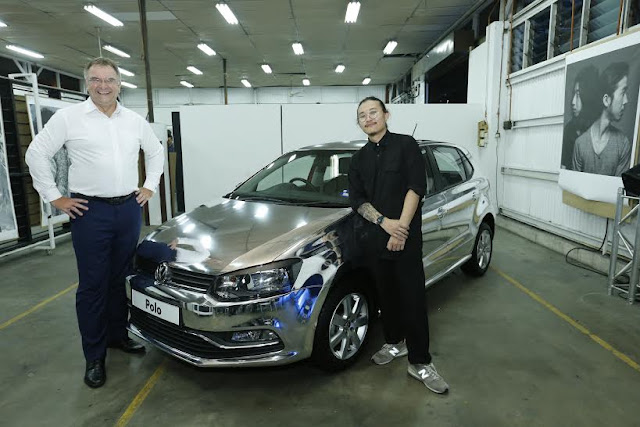 Aside from launching the Volkswagen Polo Club edition last week Volkswagen Malaysia threw a photo exhibition, a fashion show and a dance party all at once. I attended the event last friday. Only for a short while before little ol' me decided to call it a night. I suddenly felt all forty three years of my life even though the party brought me back to my twenties.  The heart was willing, but the body was dead tired (after three launch/events from morning till after the sun had set). 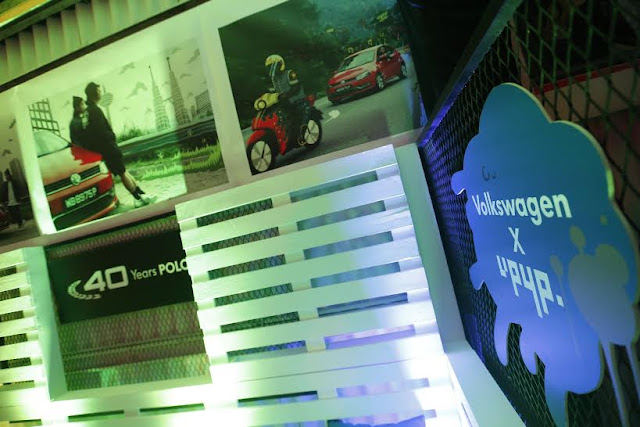 The exhibition launch at APW on 21 August included Pearly Wong’s SS16 fashion show and LapSap taking on the decks.

Volkswagen celebrates 40 years of the Polo 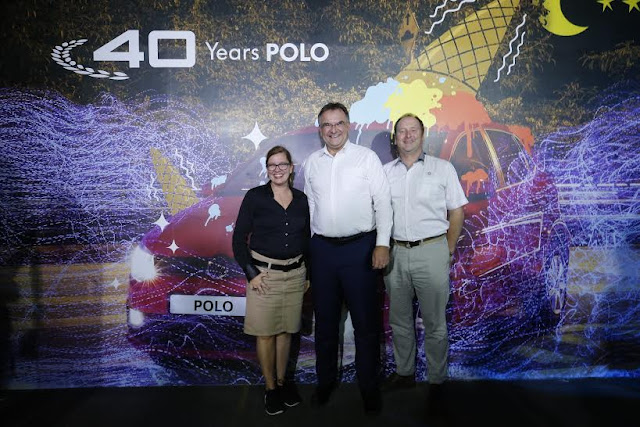 Ms Martina Berg, Mr Armin Keller, and Mr Robert McAllister
(21 August 2015) The Volkswagen Polo is German engineering at its best in a fun sized package and this year it’s celebrating its 40th birthday.  This hatchback made its first appearance in 1975 and has since gained a legion of fans.
Currently in its fifth generation, the Polo hatchback is one of the brand’s top-selling passenger cars around the world and in 2014, Malaysia introduced the locally assembled Polo making it more affordable and accessible. Mr Armin Keller, Managing Director of Volkswagen Group Malaysia commented “To date, the status of the Polo in Malaysia is unmatched. With over 13,000 units sold it is no wonder that this practical, yet fun car has captured the hearts of Malaysians. It’s agile but solid performance results in a drive best suited for KL’s busy roads as well as long highways. “
In Malaysia, the Volkswagen team decided to celebrate this milestone by collaborating with established fashion lifestyle photographer Vincent Paul Yong Photography (VPYP) to produce a photo series that showcases the driving fun with the car.
Self-taught photographer Vincent has brought the Polo to live with a photo-story highlighting a day in the life of DJ duo LAPSAP and includes illustrations by graffiti artist Cloakwork. This exciting collaboration emphasizes the spirit of the colourful spirit of the Polo. The images were revealed at an launch event at APW titled WYSIWYG- What You See Is What You Get.
The VPYP photo exhibition featuring the Polo will be on showcase from 21 to 30 August 2015 for the public to view.

In conjunction with the Polo’s 40th anniversary, Volkswagen Malaysia is pleased to announce the introduction of the Polo Club that will feature a multimedia head unit with navigation and window tint. The Polo Club will be available at RM88,888 and the Polo Sedan Club at RM89,888 while stocks last.