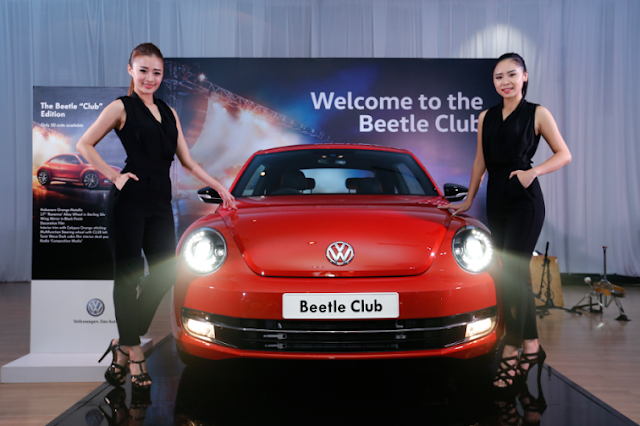 I was at the launch of the limited to 50 units Volkswagen Beetle Club yesterday. The car is priced from RM152,888 and quite like the previous limited run Beetle 'Bug' Edition, it gets basically a cosmetic touch up only and no extra performance enhancing items like a sports exhaust, larger turbo for it's 1.2liter TSI engine, machine guns, rocket launchers and anti-aircraft guns. 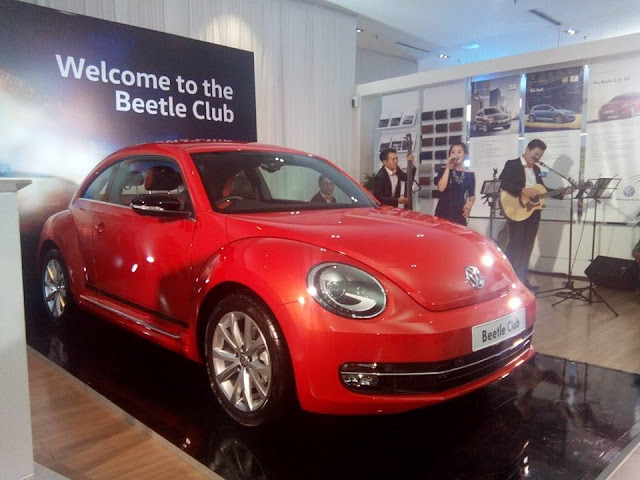 So you don't get all of the above (I wish I could) but 17" Ravenna alloy wheels to the text decal with ‘Club’ lettering, side sills with chrome strip for the exterior. The interior gets orange stitching for the leather seats, ‘Club’ exclusive ‘Vienna’ leather sport seats and a steering wheel with ‘Club’ lettering.

It is fully imported from Central America. Yes, they make right hand drive Beetles for export in Mexico and comes in Habanero Orange.

The RM152,000+ pricing did make my eyes water a little. But aside from this iconic styled car, only the Mini One comes close at around the same price.

PRESS RELEASE
WELCOMING THE BEETLE TO THE CLUB
Beetle CLUB Now Available in Malaysia at RM152,888 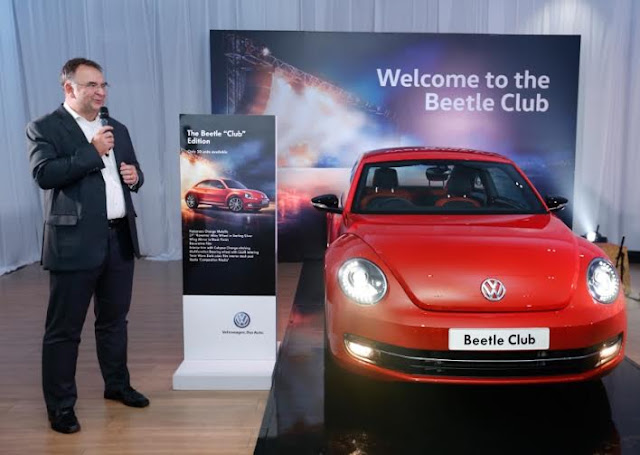 KUALA LUMPUR, 18 August 2015 – Volkswagen Malaysia celebrated the launch of its Beetle Club at an exclusive ‘Welcome to the Club’ party. Prior to the launch, fans were given a sneak preview of the trendy limited edition Beetle Club at the recent Kuala Lumpur Fashion Week 2015.

Beetle Club is all about its look. From its 17" Ravenna alloy wheels to the text decal with ‘Club’ lettering and side sill with chrome strip, the look is indeed chic. As for the interior, Beetle fans will rejoice in the stylish orange stitching, ‘Club’ exclusive ‘Vienna’ leather sport seats and a steering wheel with ‘Club’ lettering.

Commenting about the launch of the Beetle Club, Mr. Armin Keller, Managing Director of Volkswagen Group Malaysia said, “Since its arrival on Malaysian shores 60 years ago, the Volkswagen Beetle has preserved its reputation of being an iconic car. We seek to constantly excite our fans by bringing these limited editions to them.”

Fully imported from Mexico, the Beetle Club in Habanero Orange is available from RM152,888, limited to 50 units in Malaysia. Customers can book a unit of the Beetle Club at selected Volkswagen authorised dealerships, available while stock lasts.

Also on display, the Jetta Club launched in May, featuring a multimedia head unit with navigation and window tint, which is available from RM122,888.