The Volkswagen diesel debacle in the US has hit Volkswagen group hard. Shares have dropped by a whole lot and the market value is now down by a third in just two trading days. And we thought the drop in the Ringgit was bad.

The story is simple. News broke that Volkswagen cheated in its diesel emissions tests in the United States where the pollution controls will only come into full swing when it detects the car is being tested for emissions. If one drives a Volkswagen model fitted with this software, chances are the car is actually between ten to forty times more polluting than when it is tested. Discrepancies relate to vehicles with Type EA 189 engines, involving some 11 million vehicles worldwide and there could be fines in the US hitting billions of US Dollars. In fact Volkswagen have set aside USD$7.27billion to cover any contingencies that may arise from this incident. And you thought RM2.6billion was bad. 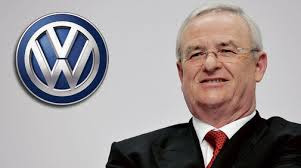 And then with this comes the head culling - CEO Martin Winterkorn has been shown the way out. The 20 person Supervisory Body of the Volkswagen Group have retracted their support for him and it seems his final day as CEO is this Friday. I think it is an easy thing for the Board to come with a decision as billions of dollars in profits and reputation could be lost or at stake. But this was not the case. Prior to this I remember Mr Winterkorn had a lot of support even when then Supervisory Board Chariman Ferdinand Piech, (part of the Porsche family who own a significant portion of Volkswagen AG) tried to oust chief executive Martin Winterkorn. In fact, Piech's plan backfired and led to the resignations of Piëch and his wife from the supervisory board. And now, this issue has left the Board no choice but to show Winterkorn the door.

Tough times ahead for Volkswagen in the coming months. They have been trying to boost flagging sales in the US prior to this and this, will not help its cause.

So does this affect us? Not really. Malaysia is a petrol vehicle market for Volkswagen. But I can guarantee that with this there would be more internal systems of check and balance within Volkswagen and a ramp up in quality so that worldwide customer satisfaction will be up. Expect more tender loving care for your Volkswagen because of this.

Oh. The new CEO is reported to be current Porsche CEO Mr. Matthias Muller. I wish him all the best in his future undertakings at Volkswagen. He's really gonna need it.
Posted by Rigval Reza at Tuesday, September 22, 2015