A tale about the original Mini and more 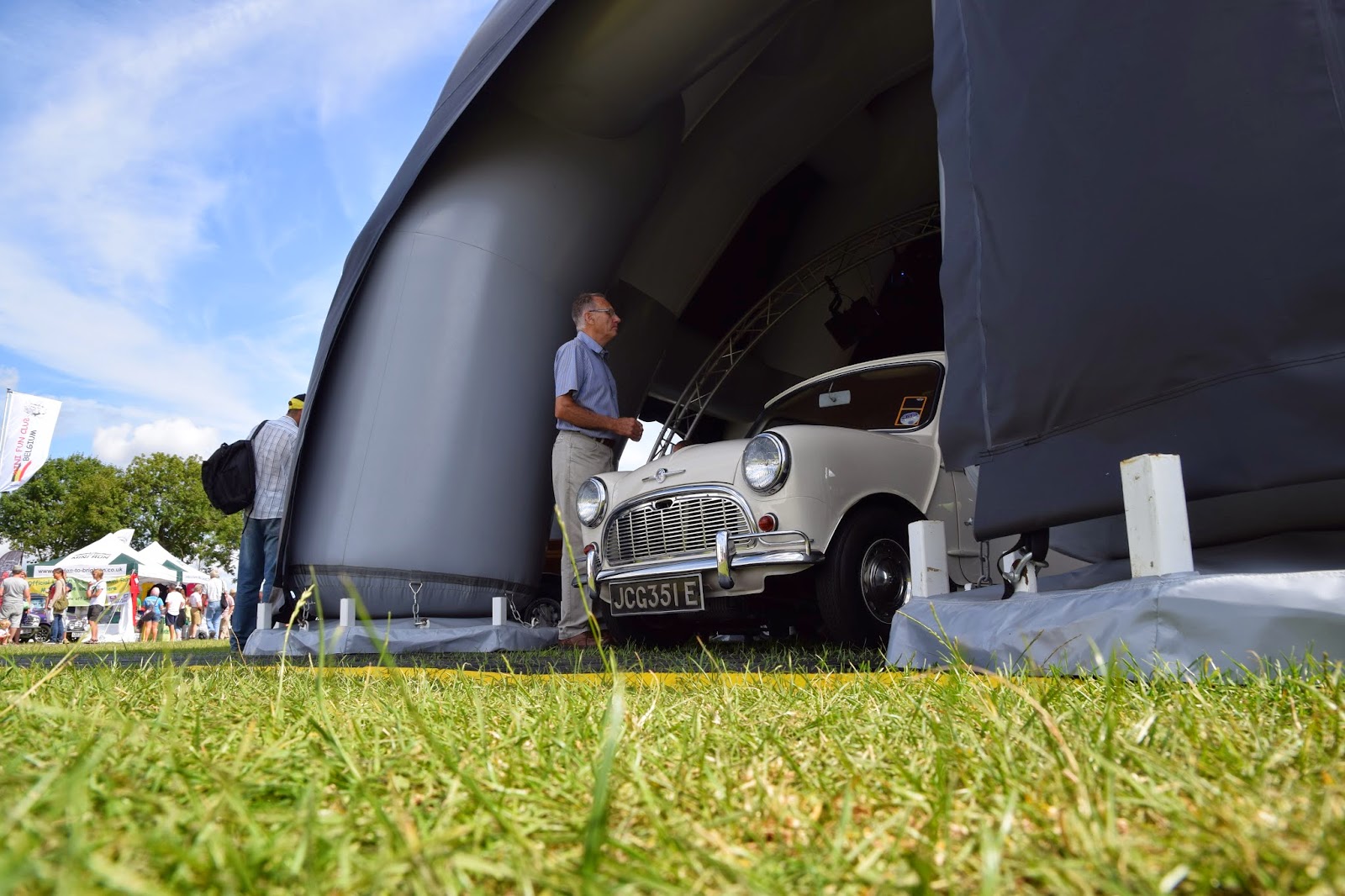 Today I've decided to do something different.  I am showcasing the talents of an acquaintance of mine, Mr. Mo Halim. He brings to us a tale about the original Mini (appropriate since it too celebrates its 55th year of existence) and more. One that happened years and years ago and over in ol' England I presume.

The story
by Mo Halim 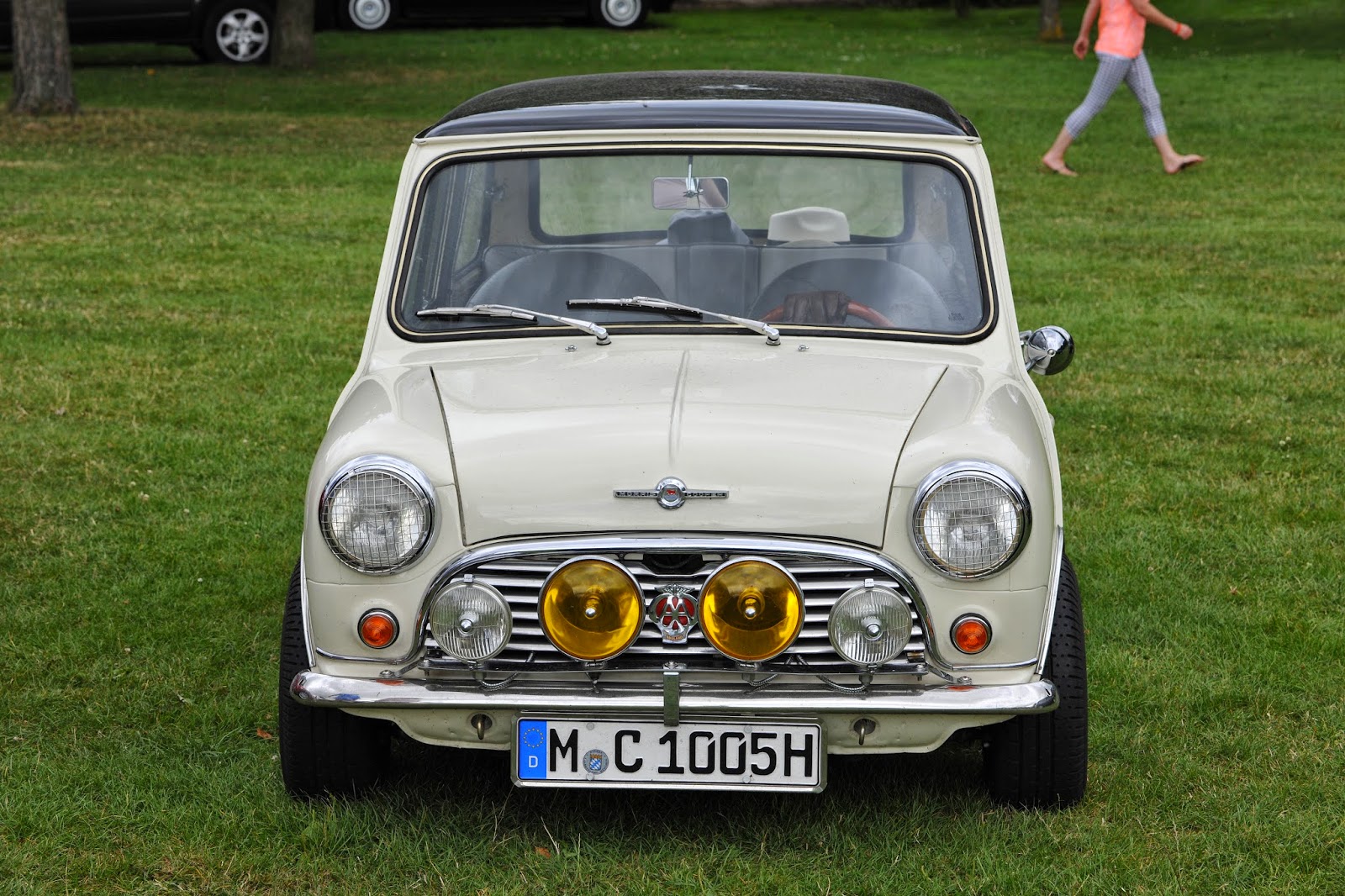 My guardian bought one of the first Minis. She loved cars and had been driving since the early 30s in pre-war Malaya. She drove with panache and verve; fast and precise yet so relaxed. She had bought one the first Minis after she was invited to its public debut at a theatre in Birmingham. But after a succession of MGs it was too pedestrian for her driving style. So when the Mini Cooper came out, she immediately bought one.

She had four in succession, red, green, white, turquoise preferring the plain bog standard Mini Cooper with its 998 c.c. 55 bhp engine fed by twin SU carburettors to the extreme 1,275 c.c. Cooper S’s. The only extras were a spot light and a yellow fog light on the front bumper. She thought a Cooper S would be just a bit too showy for a lady in her 60s. But not the Cooper, which she reckoned was quite the perfect Q car for her, and for me.

Once I got my licence, I drove in rain, fog, sunshine, snow, sleet, hail, ice, even forded small streams. I relished every moment of it and of course got to know the car extremely well. ML, that's my guardian, who had been driving since the early 1930s was an enthusiastic driver. She drove with panache and verve; fast and precise yet so relaxed, exactly what I aspired to. She was an excellent mentor, being formerly an English teacher and later a director of education in The Colonies, and gave useful tips on how to handle a car, drive smoothly, anticipation, patience, courtesy to other road users.

ML even taught me two rather archaic skills now lost on the younger generation of motorists; how to double-declutch and how to heel-and-toe. Oh, just in case I had to drive a car with no synchromesh as she did in her youth out in pre-independent Malay and the Straits Settlements dodging bullock carts, cows, goats (and) people in her MG TA tanked up on aviation fuel. Of course I meant the MG, not ML!

She also encouraged me to get used to driving with just the right hand from time to time, the way I had often seen her do when she had a lit Players in the left hand. The Players, 50 in round airtight tins were unfiltered, or in student French sans tampax [how rude!], explaining the occasional bits of tobacco on the windscreen, and on my specs! Then the left hand would be free for other chores; release the hand brake, change gear, operate the choke, heater, wipers, indicator, lights [interior, side, headlight, spot, fog], open the one and only passenger door and window, rip open and tuck into a bag of Smith’s Crisps being careful not to accidentally bite on the salt in a twist of blue paper, steer the car in case I had to do hand signals with the right hand, wipe the inside of the front windscreen when it fogs up, reach for the box of tissues from the rear seat, blow my nose or chat or text on the mobile had it been invented!

I loved the pretty green light at the end of the indicator stalk. It blinked. At night, it blinked even brighter lighting up your whole face green so you looked like a Martian. And to change your headlights from high beam to low beam and back again you just press the metal button left of the clutch with your toe, so clever and so simple.

But then life was simple in those days.
Posted by Rigval Reza at Monday, September 01, 2014

Many thanks for posting the story, Rigval. You might like to know the posting is an extract from a short story I have been writing called "Driving Test".

The standard BSM or British School of Motoring driving school car was the four-door BMC 1100 with a 4-speed manual gearbox. It had an extra brake and clutch for the instructor’s use, I suppose in case a learner had only one foot or perhaps two left feet! Maybe it should also have a James Bond ejector seat, not for launching unruly learners into orbit but in case nervous, panicky instructors decide to abandon ship! Mr Jayne’s 1100 was red, or as the pretentious brochure called it, Royal Red. Unfortunately for Mr Jayne the 1100 was not designed for six-footers and above whether royal red or puke brown. So he had to fold himself origami-like to get in, and when he did he had to sit down with his knees almost touching his chin. He must have had a lot of practice getting in and out as there was not a trace of any bruising on his head. Alas for him, an opening sunshine roof was not an option, at least not on a driving school car.


As with the Mini, the story goes that Sir Alex Issigonis that brilliant designer of the Mini had four tallish people, but alas not six-footers like Mr Jayne, sit in four chairs positioned as if in a car and drew the shape of the 1100 around them, so simple. I believe it’s called designing from inside out. The opposite is called fashion. This is when a car stylist draws a pretty form and then squeezes people origami-fashion into it regardless of their shape and size. This probably explains why in some cars the front seats are so low they are only fit for people with giraffe necks and the rear ones are so small and narrow only legless dwarves would appreciate them. Some car stylists even forget to leave a space for number plates, especially front ones as on some Alfa Romeos, all in the name of style and fashion. I bet some even forget that in the UK at least both front and rear number plates must always be vertical, yes as in 90 degrees to the horizontal. Not only that, at night all rear number plates had to be lit and the light had to be white. But not Sir Alex. He designed the Mini as a small, practical town or shopping car and so it didn’t need a big boot. Ah, but what if you needed to carry your pogo stick or your bale of straw or your lawn-mower [or coup de grace in Franglais] to your granny’s and she wanted you to do it in the dead of night. Well, some people do have strange grannies, don’t they?! Of course he had thought about it too. So he designed the slightly convex boot lid to be bottom-hinged and the rear number plate which came, correctly with its own white light, top-hinged. Then to create more space for your baguette or grandfather’s coffin all you had to do was lower the boot lid to the horizontal position. Forgot your set square and spirit level and plumb-line? No worries because a pair of carefully measured, stout, plastic-covered wires connecting the boot lid to the boot made sure the opened boot lid was indeed horizontal. Then you swing down the rear number plate-cum-light to its vertical position, being 90 degrees to the now horizontal boot lid. So simple, so neat, so clever!