Proton Has Recently Launched The Inspira....So How Does The Original Drive? A Look At The Lancer GT 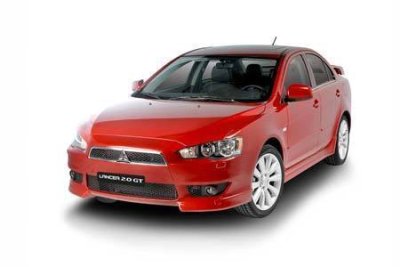 I did an article way back in 2007 on the Mitsubishi Lancer GT when it was launched. I think it would make a compelling read to those who want to know more about the original version of the Inspira. Of course, the facelifted version of the Lancer GT with that chrome strip around the wide-mouthed grille has some better plastic than this first batch model. I really felt the plastic in this 2008 model was really, really crappy.

It reminded me why Proton interiors were so crappy as their 'sifu' or master, Mitsubishi, also uses crappy plastic too. How can you learn to walk straight from a crab in the first place?

A friend of mine recently sold of his GT as soon as he heard the Inspira was being launched so I had first hand news on the car as well as sitting in it quite often before he let it go at 30,000km or two whole years of use.

Nowadays, after sitting in one quite often, I still think the Lancer GT is a decent car, but it still does not live up to the the 'GT' badging. It needs at least 20 more horses to feel competently fast due to its weight and CVT gearbox feel (although it is possible for it to out drive a Honda Civic 2.0 on the highways most of the time). The CVT is too rubber band like although it one of the better ones as the gear ratios seem spot on if you were shifting manually.

It had tons of cornering grip. The front end would just grip, grip and grip. The rear was pretty competent too...quietly assisting the front end into a corner. It was a competent long distance cruiser (maybe this is what the GT stands for) although the ride was actually too harsh for our B-roads, kampung and pot holed city roads. It was bordering on jarring sometimes. You get the feeling that at high speeds, a large mid-corner bump may put you into low orbit or over the nearest cliff. The GLS or later EX versions, which I had a ride in a few occasions were much better riding cars than the GT. Smaller brakes and a smaller anti-roll bar helped the ride a lot.

The interior also wore decently well after two whole years and I still thought the door grip was pretty cheap feeling after a while. The car looked good, drove good (CVT feel aside) but was let down by the interior materials. I suppose you can't win 'em all sometimes. 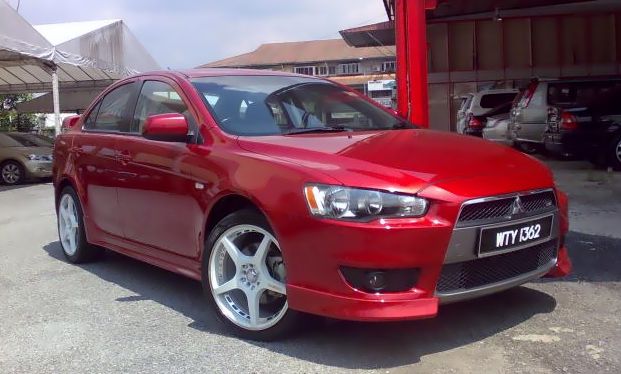 Here are some photos of the exact car, two of it were at a used car lot after he sold it. The rims were the only mod the owner did to the car. 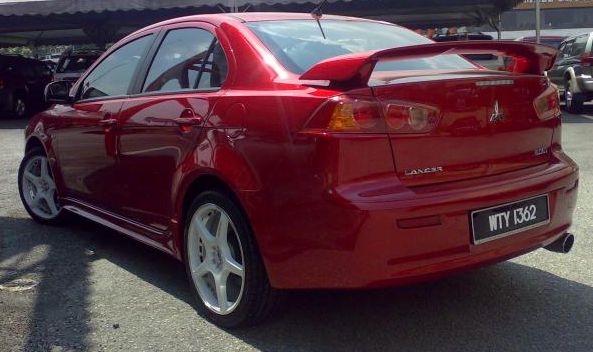 For a read of the earlier article posted sometime circa 2007, click here.
Posted by Rigval Reza at Monday, November 15, 2010

Couldn't agree with you more, Mitsubishi built quality memang crappy. Having sat inside Inspira, I don't feel any difference between it and the original Lancer but perhaps the seats upholstery is more crude and hard on my butt. But one thing for sure, it feels biiggggg hehehe

big equals bang for buck..and Malaysians love a big car...that's why we get the USDM Honda Accord instead of the Euro/Japan models.