The evergreen piece of petrified wood - The Proton Saga 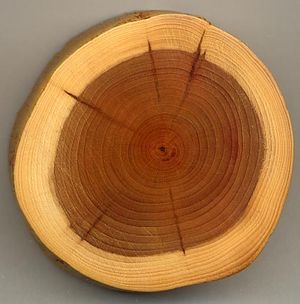 There is no such thing as a waste in modifying any old car. For example, there are lots of older cars being done up to ridiculously high specs in , and also the . Note the cars you see in most Aussie tuner magazines, we get ancient Mazda RX3s with an obscene amount of power coming out of their rebuilt and transplanted 13b rotaries, the old Mitsubishi Lancer 1800gsr turbos from the early 1980s and old school Datsuns. They’re still around and have loyal fans.
And about the Malaysian older modified car scene? Does my opening statement hold true? Lets take the evergreen piece of petrified wood; the Proton Saga ( pic above). It has been around in various guises since 1985 when it was first launched. Based on the Mitsubishi Lancer Fiore it was, in 1985 fairly modern and brought in higher taxes for CKD and CBU vehicles. It was the death blow to those who wanted to buy Ford Escorts and Fiats as their family car. Those who wanted cheap European cars would never be able to do so anymore from that day onwards till the present. It was a decent way for a developing country to start car manufacturing. But the only problem was they didn’t know how to stop producing this car. It’s still around! I can also put the blame equally on the management of Proton and the general public as the general public are the ones still buying this car. Proton is just complying with market forces. But for Heaven's sake, its 2006!

Proton Saga as a modified ride to feel proud of? The problem with the Proton Saga is that it isn’t collectable.There are too many of them running around in various guises and facelifts. It does not have any ‘WOW’ factor at all. It is as close as any other car can be to the Nissan Sunny as it is possible (especially the pre-Iswara models). Cheap and cheerless. It has basically been around since the days of Princess Hang Li Po and was also present when Malaysia gained its independence from the British. It needs to be shot and killed. It needs a proper hanging. It needs Darth Vader to use the Force and hurl it into the Sun. It needs a viking burial. Burn them all and send them drifting on a burning pyre somewhere in the .
However, there are lots of upgrade parts for this car as it’s been around for awhile and replacement parts are dirt cheap, from various sources. So is the Saga a worthy candidate for wasting your hard earned cash? No. The reason for this resounding ‘No’ comes out from the fact that is it isn’t a nice car to drive around. While you can throw in a 220bhp engine in this car, it won’t/ can’t be made to handle at all. It is safe to say that 125bhp is a good figure for the chassis and not an ounce more. The biggest problem of the Saga is the rear suspension.
The Saga rear suspension comes with trailing arms connected to a very short anti-roll bar. There is no actual lateral (sideways) support for these arms, hence under hard cornering; there is a tendency for all Sagas to really get out of shape during a corner. The Trailing arms have a benefit as they have some ‘give’ by adding a little passive rear steer, but the drawback is that at higher speeds the ‘give’ crosses over to the ‘give way’ point and all hell breaks loose. While it is front wheel drive, the rear suspension is extremely important in keeping the whole car planted. Note that this is the reason most manufacturers ended up using more complicated suspensions to control all of this. In a Saga, it is so possible to have lift off oversteer, highspeed oversteer (try about 150km/h doing a long sweeping corner in a Saga and feel the rear trying to beat its front). You will actually never learn proper car control in the Saga and this is the biggest drawback of owning this car.
Other problems include lack of suspension travel, bad standard geometry and a lack of refinement. You can try minimising all of this by using good tires (14in seems to be the best in terms of braking, handling and comfort), proper Coilover suspension system (changing to ‘Cap Ayam’ springs alone would not do for a Saga) and lots of chassis bracings and P.U. bushes to get the suspension to work properly. However, the downside to all of this is the ride....or lack of it. In short, you still get so little for so much money spent. If you have a Saga, and intend to start modding it seriously, don’t. Spend the money on a new paintjob, a set of rims and a set of coilovers. Not a Ringgit more.
All in all, it is a scary car to drive at its limits. I even remember being sideways in a track prepared Saga driven by a friend at the old Batu Tiga Track on the back straight, it suddenly decided to lose its tail at around 160km/h for nearly no apparent reason at all.
When I get around to it, I’ll write about older cars (circa late 1980, early1990) for those who want to try modding on a budget. These cars are altogether more sensible than doing up a Saga.
Posted by Rigval Reza at Friday, September 22, 2006

aaaaahhh.. the saga.... if it weren't for the saga, proton would've gone bust a long time ago... and they're still relying on the saga, coz that's the only model that they're actually making good money. Sad isn't it?

I believe that at the rate of sales declining for proton, they'd probably have to maintain the Saga for another 50 years.. Imagine, 50 years from now driving around in the Saga among all the other Electric or Hidrogen powered cars.... by then i guess proton would have ventured into the petroleum industry.. Petronas would set up ProtoNAs stations specifically for the Sagas...hahaha

They day Proton stops selling Sagas would be the day all the furniture in their office is auctioned while the signboard on their factory is being removed....By then, T.Djan's SON and his gang would most probably be racing hidrogen powered cars...specifically tuned by RRRRR or R5: Race, Rally & Ridicuously Redundant Research. Simply continuing his father's legacy....

In any case, the saga was a good and reliable town car.. and that's about it.. but would you still dance listening to M. Jackson or Debbie Gibson??? you wouldn't right? yes, we should move on......

While I can understand your hate for the classic saga , I see it really differently. I am not a kaki racing type like you, just a family man who wants a cheap and reliable ,and cheap to maintain car to keep running. The Saga is probably the best candidate. I have spoken to so many people on their experiences with cars and I can tell you this, modern technology comes at a very high price. My vendor owned a Honda jazz before. The power steering rack failed in 4 years. The cost to replace it is 4K. He also said his sister drives a VW polo. One day after 2 years the engine stutters. Brought it to the workshop and found that a ECUI cable is faulty, RM500 gone for one bloody cable. Then the Honda CITY CVT transmission failure, costs RM27K for anew gearbox. How about the savvy's AMT failure ? 18K !
A Mitsubishi triton power steering column and rack replacement after 200000+ km...RM 15K !
Compared to my 12V saga, distributor cable failure- RM75. Change to recon non power steering rack- RM 190, new RM500. Gearbox can get from potong kereta for RM700. Granted, my Saga will make a lot of noise at 160kmh as the engine is revving at 6000 in 5th gear, any modern car would do 160kmh at 4 - 4500 rpm. Its not refined, not safe to drive at those speeds true, but it is robust and so cheap and easy to keep it going. My saga will live as long as I do. Just because new cars come out there is no guarantee at all that they will reliable and cheap to maintain in the long run.