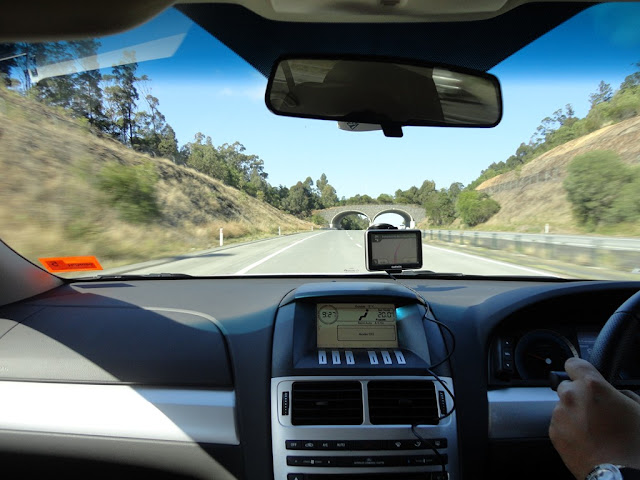 I recently went on holiday to the Gold Coast in Australia. Like my last holiday that required me to fly somewhere I rented a car. The thing about having your own set of wheels is that you are not dictated by the rigidity of public transport or the whims and fancies of tour guides. You are free to plan your journeys and maximize the time you spend in foreign lands. So in Australia, the land of Koalas, Platypuses (or Platypi or Platypus'), Roos and Wombats I rented a car. 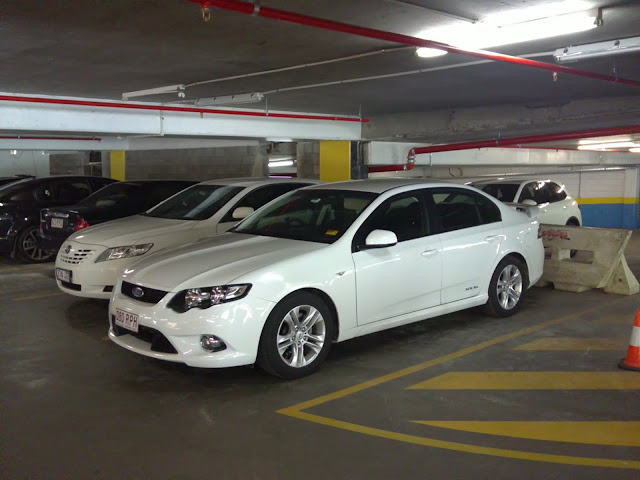 Now renting a car in Australia is pretty easy. There are tons of websites that link you to car rental companies so that as soon as you arrive, whether in style or feeling ridiculously sleepy from the lack of sleep due to claustrophobic seating conditions flying coach, you will be given the keys to freedom. Freedom in this case is a late model FG series Ford Falcon XR6 with less than 10,000km on the clock. 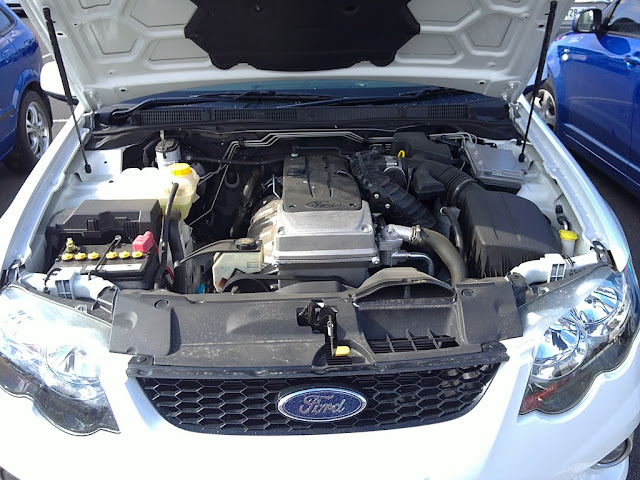 Nice car this Ford. It packs 261bhp and 391Nm torque from its straight-6 engine when using 91RON petrol (4 more bhp and over 400Nm torque on 95RON). It weighs in at around 1,700kgs and with the 6 speed automatic transmission can do the 0-100km/h dash in about 6.5 seconds. After driving this car for about three whole days I believe it could too. 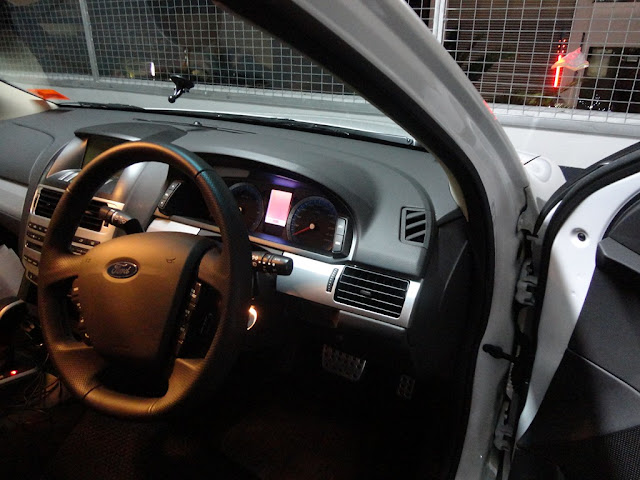 Actually details like this are stuff you can find anywhere. Somehow specs alone do not make a car, or a proper review. Those that have followed my writings (and tall tales) have noticed that I do not really care about specs and numbers. I tend to write about how the car makes me feel.

This car makes me feel utterly good about myself. This is even though I am fully aware that I am driving a car that is like a Proton or a Perodua in Malaysia. You see, over there in good ol' Australia the Ford Falcon and its Holden counterpart, the Commodore is everywhere. There is actually nothing unique about the Falcon's looks because of this but somehow it's all very quaint to be driving one. 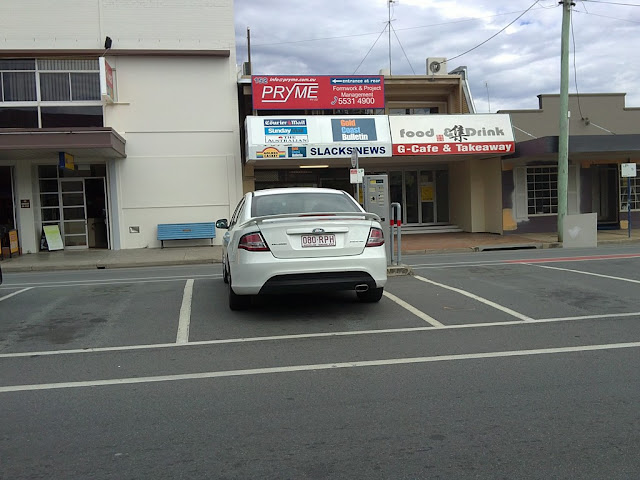 The Australian motor industry has basically evolved into producing its own specific vehicles. I mean Ford or General Motors could have basically taken an American model and developed it to suit Australia. I suppose this was done in the early days (1940-1950s) but by the late 1950s they went their own way. The cars are as large as those American barges but somehow they have a European tint in their styling. Big, brutal but not in the American way. Take a look at the Falcon XR6 and you can tell its European Ford origins. The 'Kinetic' styling of the Ford Mondeo and Focus clearly shines through its Australian chassis. Whatever that means actually. 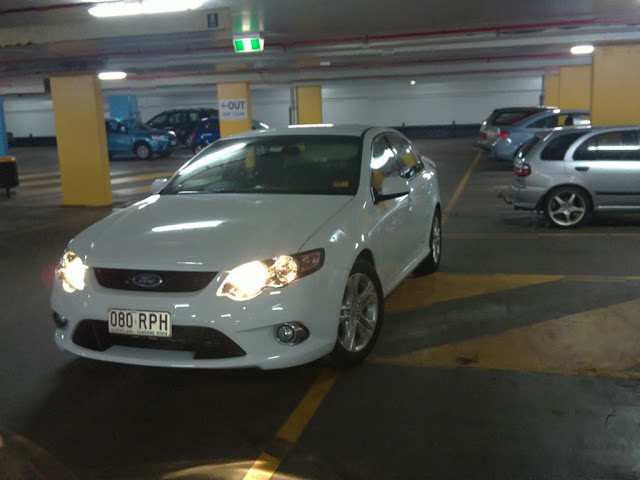 This car is actually a darn good drive. The 4.0liter engine is a lugger and the gears seem well suited to the car. At a 115km/h cruise or thereabouts it ticks over slightly over 2,000rpm. When you release the fun pedal a little and then floor it from 80km/h to 110km/h it drops a cog (or two) and you're at the Gold Coast highway's speed limit within a couple of seconds. The handling of the car is pretty good. A car as large as a Toyota Camry that can be hustled. And you can't really hustle an Camry. It'll understeer its way to the opposite side of the road at the speeds the Falcon XR6 can take. It'll also put you to sleep too, the Camry. 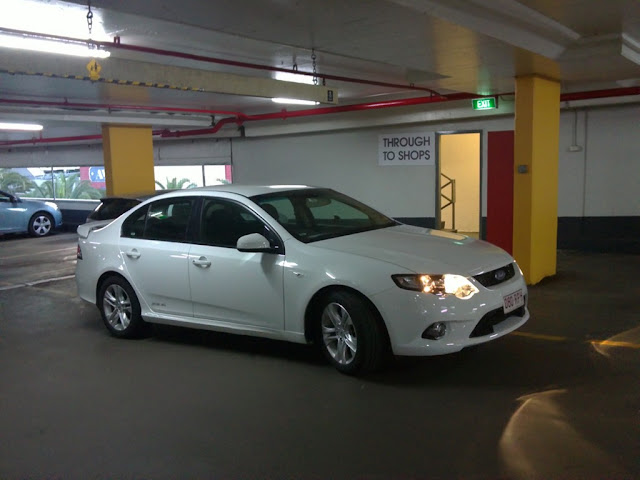 None of that dull unclemobile nonsense with the XR6. Accelerate out of a corner at full throttle with the traction control button off and the inner rear wheel spins (it IS rear wheel drive you know – what a traditional large sports saloon should be). Grip is very high in the dry though but I suspect (and was also informed) that it could be a handful in the wet. But heck, most fun cars are actually like this. I remember driving a 1970s Triumph Stag that had good dry road grip but give it some sand or some water on the road and the tail will be happy. Take sweeping corners at around 90-100km/h and things are still drama free even with the traction control button off (I left it on most of the time as this was a vacation, not an all out pedal to the metal road test).

The handling is a little artificial with the traction control on, like the rear is slightly out of step with the very quick steering. But it still corners with verve and understeer is really put in check (so it oversteer – in the dry that is).It feels neutral. It does feel like a proper sports sedan when it comes to steering feel, ride (slightly firm but still able to soak up potholes with ease) and handling. 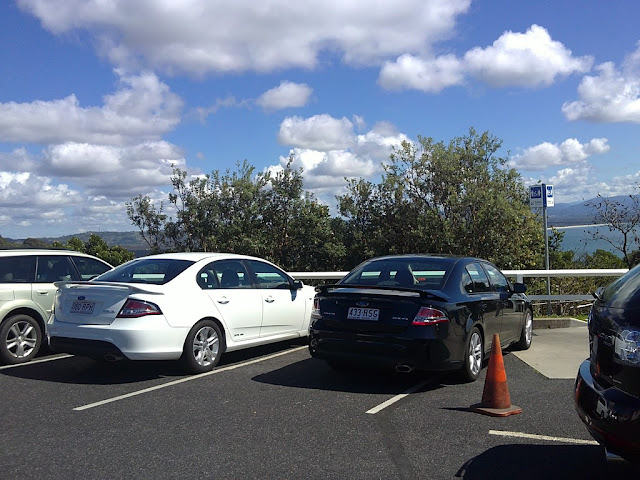 So is the car good? It is actually very good.

It isn't a lumbering barge. It isn't a low quality locally made lump of metal too. It's nothing like buying a Proton. If I was Australian, I wouldn't have any qualms plumping down a wad of cash for some Australian metal like this. Nothing broke throughout the three days of driving up and down the Gold Coast, Brisbane and also Byron Bay in bordering New South Wales. The seats comfy yet supportive. The material used for the interior was good with soft touch plastic in all the right places. It was reliable. It had a large boot which swallowed up my wife and kid's shopping with ease. It had power. It had handling. It had good ride comfort.

It got me thinking that if any national car maker came up with a 4.0liter car like this I wouldn't mind buying it in an instant. Ford or Holden left, right and center and I'd still get one over most of the cars in its price range – it would cost between AUD$30,000-50,000 depending on whether you buy it brand new or used or whether its this normally aspirated version or the XR6 Turbo which has 360bhp and 533Nm torques -even better and was even voted 'Best Bang for Buck' by Motor magazine in 2008 – I would agree so too after driving this non-turbo version.

The only thing that I thought was worth criticizing is the fact that the steering is set slightly lower than what I'd like it to be. If it was about and inch or so higher it would be better. In fact, any person with thighs larger than mine would have some problems getting in and out of the car. But if you had thighs larger than mine, you must be a true lard ball as I already am quite a chubby little kid. 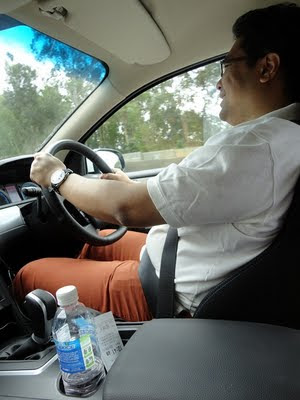 So the Ford Falcon XR6 rocks. Go rent one if you're Down Under as it got me grinning like a shot fox. It was a drive to remember. 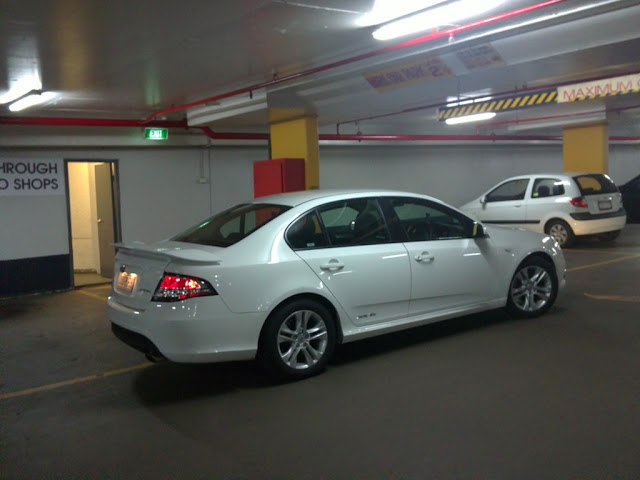 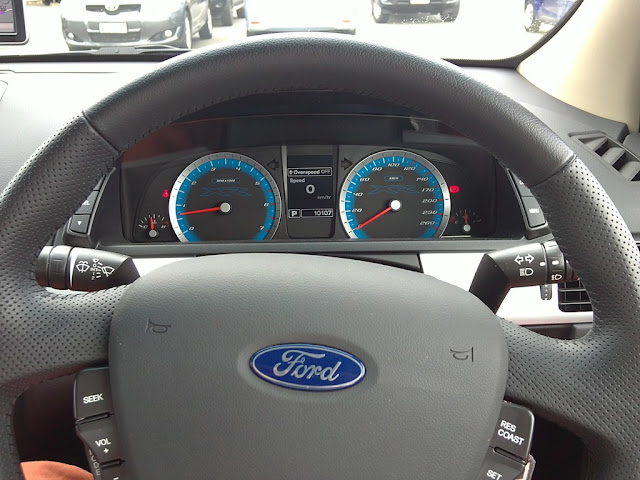 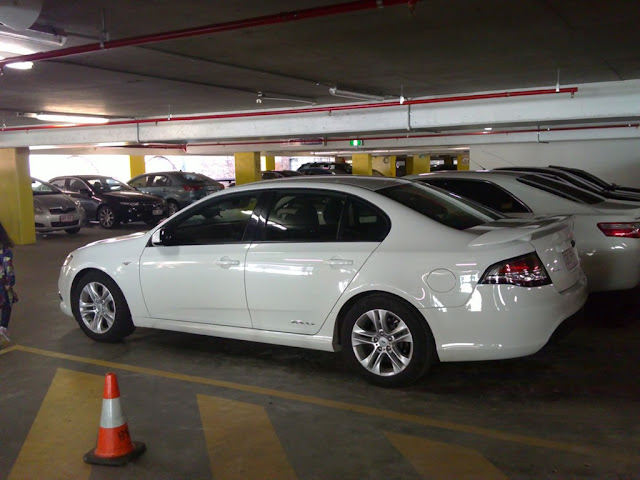